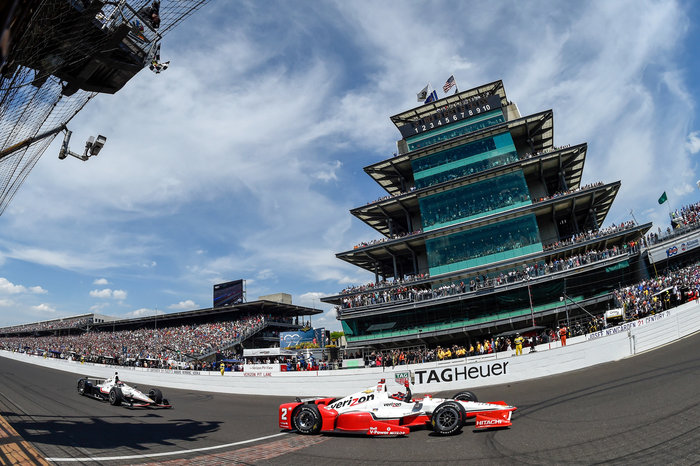 Well maybe not 500 ways in this article, but you might be surprised to learn there are easily 500 great experiences awaiting you in Indianapolis. Certainly experience no. 1 is the Indianapolis 500 race weekend.

Indianapolis is a city that doesn't get much respect, unless of course it’s the month of May or football season. The month of May is by far the best time to visit this vibrant town and catch the excitement, color, pageantry and patriotic pride that make up “The Greatest Spectacle in Racing.” The iconic Indianapolis Motor Speedway is a place where personalities, drama and strategy all come together at over 225 mph!

The opening of the IMS gates is the unofficial signal that summer is right around the corner. For almost the entirety of the month of May the city is buzzing with all sorts of race excitement, festivities and events throughout the metro area.

If you’re going to come to the race the right way to do it is come in a day (or more) early to really experience this great event and the city. Start by taking in the Festival 500 Parade the day before the 500 in downtown Indianapolis. The parade has a local, international and classic vibe all rolled into one. All the drivers are present, additional sports and celebrity appearances along with floats and marching bands. We You get to the track – start by getting a hot lap around the course with the Indy Racing Experience. The “experience” means a real race car a two-seater (stretched) IndyCar that travels up to 180 mph. This is as close as you can get to the real thing! A second Victory Lap Experience can take passengers ages nine and up for a 60 mph ride in an official Indy 500 event car. Costs range from $60 to $1,200. Inside the track the IMS Midway has a plethora of vendor displays, product sampling, games, prizes and giveaways. Don't miss the IMS Hall of Fame Museum, there’s a vintage racing memorabilia mart and also some great concerts. This year the music acts featured country/rockers Frankie Ballard, Thomas Rhett and headliners Florida/Georgia Line. The infamous “Snake Pit” is back in turn three– this time with edgier music, DJs, contests and a separate stage and “enjoyment” area. While it’s nowhere near the craziness of the 70’s and 80’s Snake Pits it does offer a place for race fans to hang out and enjoy the race in a party atmosphere

The 99th running of the Indianapolis 500 had plenty of action during the entire race and it kept building until the exciting final lap. Race car drivers Juan Pablo Montoya, Will Power and Scott Dixon swapped the top three positions numerous times in a wild 15-lap final shoot out of the race. In the end it was Montoya in his Chevrolet powered IndyCar who claimed his second victory at “the yard of bricks,” Power came in second, Charlie Kimball grabbed third and Dixon slipped to fourth at the end. This was the kind of race the fans live for.

While there were plenty of bashes and crashes during the race, none were as frightening as the soaring, airborne wrecks earlier in the month during practice sessions that put a renewed scrutiny on track safety. Throughout the race the crowd was on their feet to catch all the action on the giant video screens around the track.

If you’re staying overnight in Indy, for me, the JW Marriott Indianapolis-Downtown is the place to go. Considered the crown jewel of the five hotels that comprise the Marriott Place Indianapolis, this ocean blue glass hotel is just steps from the Indiana Convention Center, White River State Park, the Indianapolis Zoo, the State Capitol, several museums, Lucas Oil Stadium and Bankers Life Field house. The hotel boasts two popular restaurants – Osteria Pronto and High Velocity offer diverse menus and inviting atmospheres for couples, large parties and private events. The lobby has a cool “Mad Men” 1960’s vibe that is open and features period cues to set the tone.

You'll want to check these out

Before or after the race there is plenty to see and do. The White River State park hosts a variety of musical acts. Beyond the race track sports enthusiasts will enjoy the NCAA Hall of Champions which celebrates the triumphs of college athletes. Directly across the street from the JW Marriott is Victory Field home of Indianapolis Indians-Triple-A affiliate of the Pittsburgh Pirates. Football and basketball seasons are also well-represented by the Colts and Pacers respectively.

Still haven't got cars out of your system? Check out the Dream Cars exhibit at the Indianapolis Museum of Art, or the Dallara IndyCar factory in nearby Speedway, IN. where many of the chassis for the IndyCar series machines are built.

The music scene thrives and two of the best spots for live music are Radio Radio and Hi-FI, both located in the Fountain Square area. Also Check out The Cabaret at the Columbia club for some great jazz and the Twist Lounge for some party-time and good late-night food.

Downtown you can point your finger in any direction and find some great eats from a fantastic bowl of Chicken Velvet Soup at Soupremacy, or grab a slice at Giorgio’s Pizza and wash it down with a pint from Sun King Brewing then for desert go with an Indy Swirl at the South Bend Chocolate Company.

I’ve spent a lot of time in this town and the food, nightlife, size and diverse attractions make it a great weekend road trip destination for the racing enthusiast, sports fan or group looking for new place with lots of options. For more information, including a concert schedule check out VisitIndy.com. Sure, Indianapolis starts with the 500, but offers a lot more than you might expect.

Legendary Movie Mancations That You Can Try Too