Ways To Get Your Adrenaline Going on a San Diego Getaway 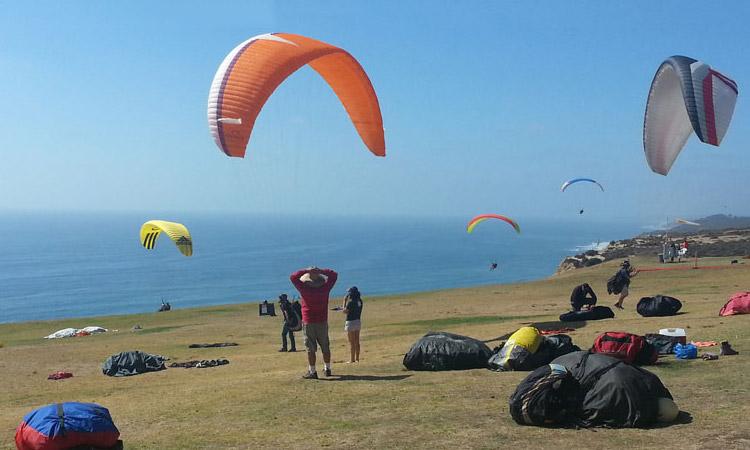 San Diego might be best known for tacos, beer, beaches, and golf - and we've got plenty of that but it's also a town with some uniquely awesome adrenaline filled adventure ideas. Here's our picks for what to do if you are ready to ditch the flip-flops and strap in, hold tight, and maybe even scream a bit.

No matter how old we get, how long and white our beards get, we’ll always have that rough and tumble teenager inside of us. The beaming sunshine and relaxed atmosphere of San Diego is classic of any beach town. Filtering through the herds of people and Hollywood stardom is a city that is a playground for the adventurous. This city of around 1.5 million people has a connection with the US Navy that goes back to the days of piston engine powered fighter planes and some of the toughest members of our armed services. For civilians though, the spray of the water, the cool breeze and the abundant sunshine make the San Diego beaches some of the best in the world and the people here are always prepared to try something new and exciting. That spirit has led to a fabulous tech industry here as well as found its way into some of the boldest beers in the country.

Luckily for you, that same spirit and drive to chase an adrenaline rush has also made San Diego a top destination for guys seeking adventure!

Experience The Thrill of Naval Aviation at the USS Midway

The USS Midway is one of America’s most famous warships of all time. It served the nation during World War Two, and headed into battle against communists in the Vietnam War. Now, it's a museum that is welcome and open to everybody. The Navy takes great pride in this aircraft carrier, and has done a fantastic job of restoring and maintaining the vessel. Examples of the prop-driven aircraft that it launched against the Japanese like the Vought F4U Corsair are on display. They may look small on shaky black and white WW2 footage, but they’re huge in person. The massive prop blades and the 1-ton engines are enormous when you stand next to them. The cockpit is open so you can see what kind of instruments the best pilots of the day were using while locked in vicious combat at 400 mph.

Let’s not forget the brave people who manned the stations, readied the planes and treated the wounded. The below deck exhibits show you the living quarters and conditions they had to put up with while on duty. Guides will take around to the rooms that were for the senior staff. The bridge and control rooms are intact, so if you’re a technology buff, the radios, radar, maps and systems used in the 1970s will be fascinating. Do you think you have what it takes to remain calm in jet combat? Then put your money where your mouth is in the Air Combat 360 flight simulator that’s in the ship. It's just $8 per person, but you get strapped in and perform somersaults, aileron rolls, spins and loops.

Sandwiched between Bay View Villas and Rivera Drive Residence the Mission Bay glistens calmly in the sun. If you’re visiting San Diego, this is one of the places that you need to stop and relax in. The beaches are great but they’re full of tourists and if you would rather have some alone time, fun with the family, then mark out a day where you can come to Mission Bay. the waters may be calm but this doesn’t take away the pleasure you can have. Jet Ski Rentals are ongoing all through the week. You can book a time and date so your water vehicles are reserved for you only. You can have them per hour, 3 hours or for the entire day. Modern Yamaha jet skis are very popular because they have the grunt needed for quick and adrenaline-pumping acceleration. However, they’re not unwieldy, easy to handle, respond quickly to even a light touch of the controls.

The Mission Bay has 27 miles of shoreline which is amazing since it's the largest man-made aquatic park in all of the USA. It’s around 4,325 acres with just over half of it being water and the remaining is land. They are people who wakeboard, sail and waterski in Mission Bay so if jet skis won’t excite you, lots of other activities will.

The hills of Torrey Pines and the coastline provide an awesome place to hang glide. A tandem glide with an instructor, down the beaches and up toward the nature reserve is one of the best wind pockets in San Diego. The winds thrust you upward hundreds of feet into the air, and with your hang glider, you can soar through the skies like a bird. The spring and summer months are going to be the best time for this heart racing experience.  The pilot and passenger are lying in the prone position, making for good aerodynamics. You can hit speeds of 50-70 mph if you wish, but the scenery of the waves and the plush golf course down below should be enjoyed at a leisurely pace. With a little polite ordering, the instructor can take you to where you want to go. See rock formation down low you want to fly over, or a beach with friends sunbathing? No problem, the staff is usually really friendly and they know how to calm you down if you have a fear of heights.

If you get the chance to hop on board the 64,000 ton USS Midway, don’t squander it. Perhaps the most iconic ship of American Naval history, it's seen the days of war against the Japanese in the 1940s and then the North Vietnamese in the 1970s. It’s just over 1,000 feet long and has both propeller and jet fighters stationed in its loading deck if you want to check them out. Mission Bay is like a little oasis in among a bushel of beaches. Its calm waters are perfect for blasting through the water on jet skis and having a beer on a sailboat while watching the sky turn orange at sunset. Hang gliding over the Torrey Pines will give you the most perfect view of San Diego, one which you’ll never forget. 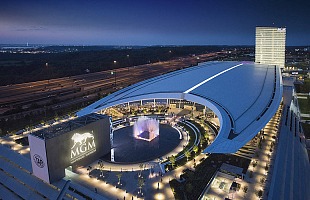 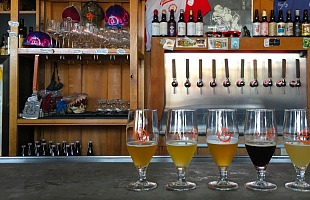