Looking for a kick ass music and biker festival for your next mancation?

ALICE IN CHAINS unites with fellow headliners Stone Temple Pilots, Godsmack, Creed and 3 Doors Down to establish the ROCK ‘N REV FESTIVAL as “The Home of Rock’s Hardest New Chart Toppers,” boasting five of the most explosive AMERICAN Active Rock Bands of 2010 – a different one topping each night’s lineup.

Tickets for the ROCK ‘N REV FESTIVAL are $45 per day, general admission ($150 for a five-day pass), and ON SALE NOW through Ticketmaster.com and rocknrevfestival.com and at all Ticketmaster locations, or by calling Ticketmaster at (800) 745-3000. Tickets also will be available each day at the gate. For more information on exclusive VIP packages ($1,000 for five days), including backstage access to a VIP area to special, air-conditioned tents with private bars, motorcycle parking, luxury bathroom facilities and more, go to rocknrevfestival.com. Deeply discounted Concert ‘N Camping packages are available on the Glencoe CampResort website at glencoecamp.com. Gates open at 4 p.m. daily. Show time each day is 6 p.m. For complete information, call the hotline at (800) 272-4712.

Last month, Godsmack’s The Oracle debuted at #1 on the Billboard Hot 200, becoming their third #1 album in America. The Grammy Award-winning Stone Temple Pilots are currently the #1 rock ‘n’ roll band in the country, as their first all-new collection in close to a decade, Stone Temple Pilots, now tops the Billboard Rock chart after debuting at #2. Additionally, STP’s raucous first single, “Between The Lines” has proven a rock radio sensation, recently spending three weeks as the #1 track at Modern Rock radio outlets nationwide. Last fall, Creed saw its reunion album, Full Circle, debut at #2 behind only Michael Jackson’s This Is It, while their DC3-produced DVD, Live, reached #4 and earned a Guinness World Record. And 3 Doors Down’s most recent album, 3 Doors Down, also debuted at #1.

With an unrivaled lineup of 20 bands over five nights and spectacular fireworks displays each night in the nation’s largest outdoor amphitheater at the 600-acre Glencoe CampResort, the ROCK ‘N REV FESTIVAL promises to be the hands-down largest party ever thrown at the world’s largest motorcycle event, which annually draws over a half million patrons. World famous showman Jim Rose and his circus are set to emcee the five-day event and give attendees a show they will never forget.

ROCK ‘N REV FESTIVAL also announces the additions of Three Days Grace, Hellyeah, Cage The Elephant, Theft, Sweet Cyanide, Charm City Devils and Rev Theory to the swelteringlineup, joining the likes of Eagles of Death Metal, The Darling Stilettos, Pop Evil, Skillet, and Swayback as just some of the other bands making massive music at this colossal biker bash.

Stay tuned for more major announcements of many more bands being added in the weeks ahead!

Everything about the ROCK ‘N REV FESTIVAL will appeal to the “leather and chrome” sensibilities in everyone who attends, from those who embody the biker life style to the more casually minded weekend warriors and their families. The Vendor Village will be overflowing with an assortment of food, clothing, gear and other accessories, including loads of top tattoo artists and the best barbeque and related cooking specialists from the nation’s sauciest hotspots such as Austin, Memphis, Chicago, and New Orleans. The overall Mardi Gras atmosphere will recall some of Europe’s top festivals, with a decidedly American flair. After all, biking and rock ‘n’ roll are two of America’s greatest heritages.

While live concerts always have been a staple at Sturgis, there never has been such an incredible concentration of high caliber performers being showcased in a five-day stretch. The unstoppable combination of first-class concert promotions in a first-class camping resort facility is unsurpassed anywhere.

Glencoe CampResort is world-renowned for its clean, comfortable camping facilities, complete with full-service bars and restaurants, in close proximity to the city of Sturgis, providing a resort-like experience for people attending the Sturgis Rally. Still family owned and operated, Glencoe is continuing to develop and improve in conjunction with DC3 Global’s new festival initiative ignited by the ROCK ‘N REV FESTIVAL. DC3 Global already is raising the bar with plans to expand its festival presence not only at Glencoe, but around the country. DC3 now is helping to oversee and accelerate the continued expansions and upgrades at Glencoe, already including the purchase of additional shaded acreage for camping, the planting of hundreds of new trees, and everything from roads, and the upgrades of bathrooms, food stands and shower houses.

DC3’s co-founder, Daniel E. Catullo III, has been involved in the Sturgis Rally since 2006, as exclusive producers of TV, pay-per-view and DVD specials for RTR in 2006 and 2007, and an executive producer of the Rock ‘N Rally Festival (2007). He’s combining his years of Sturgis experience with the tremendous resources of DC3 to significantly up the ante at Glencoe and launch an entirely new national brand for years to come with the ROCK ‘N REV FESTIVAL. 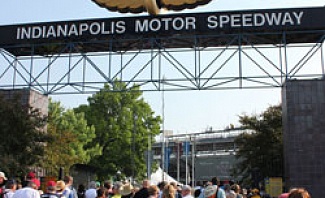