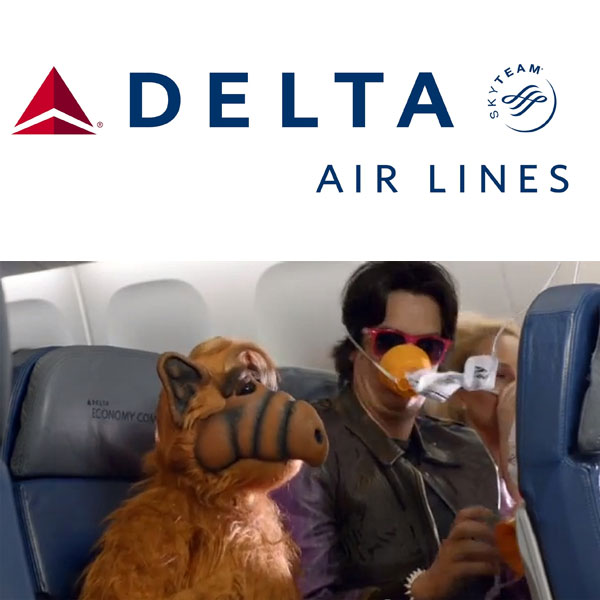 I had the fortune to fly Delta last week and frankly I wasn't sure what to expect. For better or worse, I have collected a ton of frequent flyer miles on both United and American over the past few years and so I assumed that all airlines were the same. Plus, frankly I had a negative impression of Delta from past experiences with them years ago.

As such, when I was booked on them last week I wasn't sure what to expect.

However, what I found impressed me! The plane featured a fully modern cabin complete with the frills I love on JetBlue including free snacks and satellite TV with a flight tracker, and excellent wifi quality (that of course can be very subjective).

They also had an excellent mobile app that made checkin extremely easy. Plus from my interaction with the crew, their attitude seemed similar to what I enjoy on JetBlue and South West. I would even categorize the crew as having provided very good service that put what I have considered "standard" on other airlines to shame.

What really impressed me though was that rather than some boring video that no one watches, they somehow made safety fun!

If you haven't already checked it out, here is their new "80's" safety video that they released earlier this year and hopefully sets the tone for the new Delta ... an airline that combines the best aspects of South West and Jet Blue.

What amazed me about this video is that for the first time in the 30+ years I have been flying, I saw people actually paying attention to the video so kudos to Delta for that monumental achievement.

However, this also posed a question - what did the actual 80's safety videos look like?

PanAm Safety Video for A300

Clips from Airplane the Movie :)

Airplane safety videos have come a long way in the past 30 years and so have the airlines themselves.

Though they seem to have lost their path and turned into a pedestrian public bus in the sky it seems like what Delta has done and others are trying to do by adding humor back into flying that things are going to get a lot better.

For Delta specifically, hopefully this is just the beginning a of a great relationship between you and I!