Explore the World of Harry Potter for Fathers Day

Explore the World of Harry Potter for Fathers Day

Looking for a fun and exciting way to spend time with your son this year and you just aren't into golf or camping. How about a cultural father and son mancation to the UK? Visit England sends word of some cool ways to explore the world of Harry Potter, including Oxford University, Goathland Station, and more.

As Harry Potter fans prepare for what is reported to be one of the most widely anticipated theme park entertainment experiences ever created; The Wizarding World of Harry Potter at Universal Orlando Resort - set for a public grand opening on June 18, travelers will be inspired to visit spellbinding England. Visitors to can enjoy touring a number of the film locations from the Harry Potter movies, including some of the countries most historic and magical sites, many of which are likely to have inspired the famous writings of J.K. Rowling.

For fans of all ages, VisitEngland, the official tourism body for , is highlighting how travelers can explore Harry Potter’s at www.visitengland.com/harrypotter.

Known as the bewitching Hogsmeade Station in Harry Potter and the Philosopher’s Stone, Goathland Station in on the North Yorkshire Moors Railway, is a picturesque countryside station almost unchanged since its construction in 1865. Situated in the North York Moors National Park, the station has been restored to represent a charming post World War 1 station, featuring a 1922 style tea room and original classic steam locomotives taking visitors through 18 miles of stunning countryside through the park, stopping at quaint stations along the way. For the film, the railway’s shop on the platform was transformed into the ‘Prefects Room’ and the ladies toilets became the ‘Wizards Room’. Soon to be seen by millions of people all over the world, the spectacular countryside of the Yorkshire Dales National Park is featured in the new Harry Potter film, The Deathly Hallows, due for release in 2010.

Referred to as ‘the city of dreaming spires’, is where visitors can see the real-life locations for ‘Hogwart's’. Renowned for its exquisite architecture and dramatic skyline, the city is home to Oxford University's striking Gothic structure, Christ Church College, which is the site of the magnificent ‘Hogwart's dining hall’, and also provided many of the school's famous moving staircases. Additionally, ‘Hogwart's hospital’ can be found in the elaborately fan-vaulted , while the university's circular Bodleian Library also supplied a location in the films.

In the South West of England, the richly-vaulted cloisters of Gloucester Cathedral, one of 's most beautiful architectural gems, became the corridors leading to ‘Gryffindor House’ in Harry Potter and the Philosopher's Stone and Harry Potter and the Chamber of Secrets. A visit to the area, which comprises much of the Cotswolds as well as the green pastures of the Severn Vale, would not be complete without discovering why Gloucestershire is known for offering some of the most varied landscapes in . Further South, Lacock Abbey, a gothicized 13th century abbey in Lacock, Wiltshire, provided many of the classrooms.

At Kings Cross Station in , featured in the Harry Potter series of movies, between platforms 9 and 10, the enchanted ‘Platform 9-3/4’ at King's Cross Station for fans in the know, is otherwise known as the portal to the wizarding world. Recently completed, the new St Pancras International station is Europe's first 'destination station' including world-class shopping, Europe's longest bar, a fresh daily farmers market and top restaurants and bars. Also in London, the Reptile House of Regent’s Park Zoo is where Harry learns he can speak to snakes and the optician store in Leadenhall Market in the City of London, previously an empty shop, doubled as the entrance to the ‘Leaky Cauldron’ in Harry Potter and the Goblet of Fire.

The Outer Bailey of , an impressive medieval castle in Northumberland, is the site of Madame Hooch’s flying lesson, while also in the North East of England the cloisters of Durham Cathedral became the snowy quadrangle of Hogwarts, where Harry sets the owl flying. Durham Cathedral is considered one of the finest examples of Norman architecture and has been designated a UNESCO World Heritage Site along with nearby .

Further information about visiting can be found at visitengland.com. 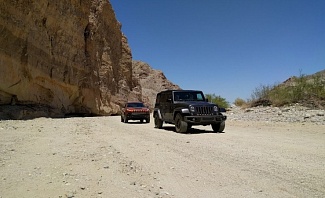 Dangerous Places Where You Need To Always Check the Weather 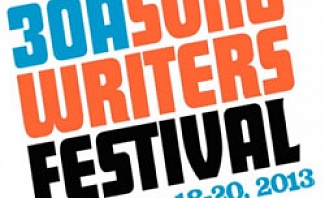 The 30A Songwriters Festival is a place for musicians, as well as fans 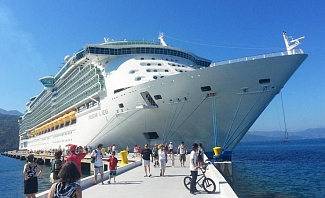 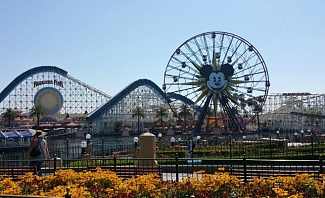