Facts About Wildfires and the Men That Fight Them

Sadly, wildfires are a fact of life for many of us living in the mountain west, but most of us don't really know a lot about this phenomenon. The same beautiful landscape that draws us here also has a tendency to turn deadly in the fall when the brush and grass turns into tinder waiting for a spark to start a maelstrom.

Most of us look to our veterans, local police and firefighters when we consider who our heroes are - but the guys fighting fires on the sides of mountains surrounded by burning trees are sometimes forgotten. Since 1994, the WFF - Wildland Firefighter Foundation - has supported the brave men and women that risk their lives to help protect us in those situations. 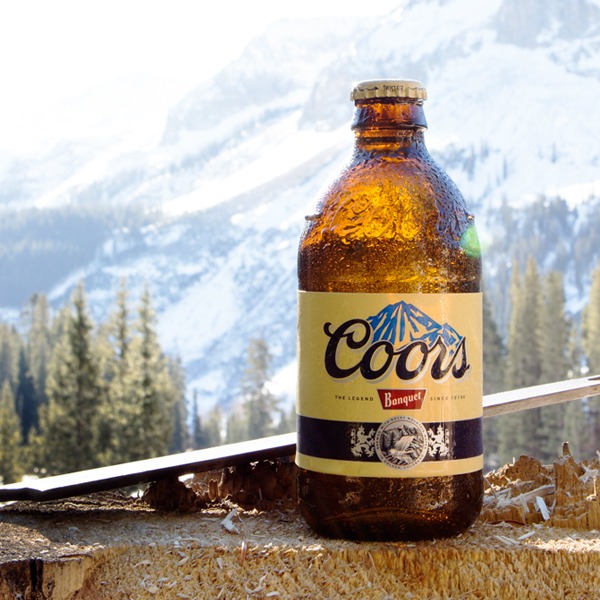 As a company based in Colorado, the folks at Coors are intimately familiar with the devastation that these fires can cause - as well as the great people that help fight them. That's why, for the second year, Coors Banquet is donating 25 cents from every case sold in select Western States to the Wildland Firefighter Foundation (up to $250,000) to support these guys.

This is part of their larger "Protect Our West" program that encourages education and retail items such as the "Restore Our Forest" plantable coaster that is embedded with evergreen seeds.

While supporting these guys is important to our safety, it's also extremely important that us "normal" people work to better understand what these wildfires are all about so that we can take steps to reduce the man-made factors.

Some Quick Facts About Wildfires and Firefighters:

90% of all wildfires are started by humans - while lighting strikes are responsible for most of the rest. However, wildfires can also start by an accumulation of dead organic matter on the forest floor (leaves, twigs, trees) that can cause enough heat to result in spontaneously combustion under the right conditions.

Many wildland firefighters work year round actively fighting fires and preventing potentaial fires. They most commonly work for organizations including the National Park Service, Forest Service, Bureau of Land Management, U.S. Fish and Wildlife Service and the Bureau of Indian Affairs as well as similar state-level organizations. However, these full time firefighters are supported by volunteers

The term, "Crown Fires" are referred to as such because the flames are spread quickly across the top of trees driven by high winds that can change directions rapidly and are extremely hot.

On average, there are more than 100,000 wildfires in the US each year and they can clear as many as 4-5 million acres of land.

Large wildfires are actually capable of creating or modifying the local weather conditions due to their heat, smoke, and scale.

The elite ground-based firefighters typically fall into two categories - Hotshots who work in 20-person teams to build firebreaks aroudn the fire and Smokejumpers who are paratroopers that jump out of planes to reach small blazes in remote areas.

Wildfires occur in all 50 states, but they are the most common in the West where Heat, Drought, and Thunderstorms create perfect conditions for fires to spread.

Wildfires can be made worse by the extremely hot and dry Santa Ana winds that cross the mountains from the deserts and can carry sparks for miles.

Firefighters fight wildfires by eliminating the fire from one of three fundamentals from the "fire triangle" - Oxygen, Heat, and Fuel. They do this by educating people on fire safety, dousing the flames with water or retardant, clearing brush to create "firebreaks", and proactively starting controlled burns to remove undergrowth depriving a potential wildfire from fuel.

Despite their destructive abilities, several forms of conifers actually require the extreme heat to release their seeds and the fire allows new trees to grow since more sunlight can reach the forest floor. The fires can also return nutrients to the soil and remove diseased plants and destructive insects from the ecosystem - allowing healthy trees and vegetation to grow stronger.

Wildfires can move at speeds up to 14 miles per hour and change directions at the whim of the wind.

Despite how it's portrayed in the media, wildfires themselves are typically not devastating to all animals. In fact, during the 1998 Yosemite wildfire only 1% of the elk population was killed. Most animals are able to rely on their instincts and move quickly to avoid threatened areas. However other dangers such as smoke inhilation can affect humans and animals alike - even if safe from the flames.

Wildfires can produce what's known as "fire tornadoes" which are most closely related to dust devils and whirlwinds that contain flames rotating up to 90 mph and extending from 100 to more than 1,000 feet.

Schlitz Beer is Fighting Back to the Top with Schlitz Bouts!

We Visited The Alaskan Brewing Company Brewery in Juneau