Getting Ready for Game Day with Super Recipes from Pillsbury 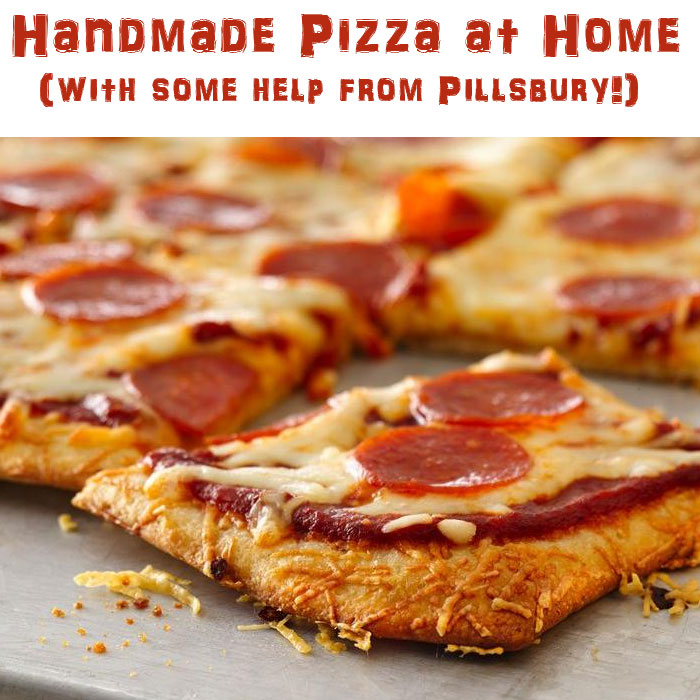 Rumor has it there is a big game this weekend - people have told me it is held in a Giant stadium and that it might even be a Super game! So we are getting ready for snack time here at Man Tripping central with a bit of help from our PR friends. First up is Pillsbury where we started tonight with a test of their new Pillsbury Pizza Crust Dough.

While it comes in three varieties (Classic, Thin Crust, and Artisan Whole Wheat) we chose to start with the classic variety - and decided to make two recipes. Classic Pepperoni and to add a bit of uniqueness we added SPAM to the second one.

Before we get into "my" creations - I just want to say that the folks over at Pillsbury who sent me these dough samples have a lot better creations and they are a lot better chefs than I am (or ever will be). So I encourage you to hop over there and check their stuff out too.

Take the Pillsbury pizza crust dough out of the fridge and "pop" the container the same way you would if you were making biscuits of crescent roles.

The dough unrolls nicely into a rectangle that is the perfect width for a standard cookie sheet, so unroll it (but grease the sheet first!).

Next, you will spread it out to make it a bit thinner in the middle and a bit thicker on the outside of you want a nice classic crust.

Then spread on the pizza sauce, sprinkle mozzarella, and arrange the pepperonis to taste and your aesthetic abilities.

Place the Pizza in the pre-heated oven at 425 for about 9-12 minutes and when you take it out you will have a delicious, golden brown pizza with a fantastic crust.

To kick things up a notch, I also added SPAM to one of the pizzas.

Because I like trying things differently (and maybe to see how well the dough would work if I was a REAL pizza chef), I pushed the dough together into a ball and tried spinning it around and then pushing it out into a circle.  Sadly this dough didn't do that well ... but I was able to take my circle of dough and still make a delicious SPAM and Pepperoni Pizza from it.

To do so, follow the recipe guidelines above, but grill your spam before placing it on the pizza next to your pepperoni.

For those of you who have never experienced SPAM - it adds a sort of bacon-like flavor to the pizza but the biggest thing is that it is something no one has every had before coming to your Super Party and that's something important when talking about the game on Monday!