Why Watches are Great to Have When On A Cruise Vacation 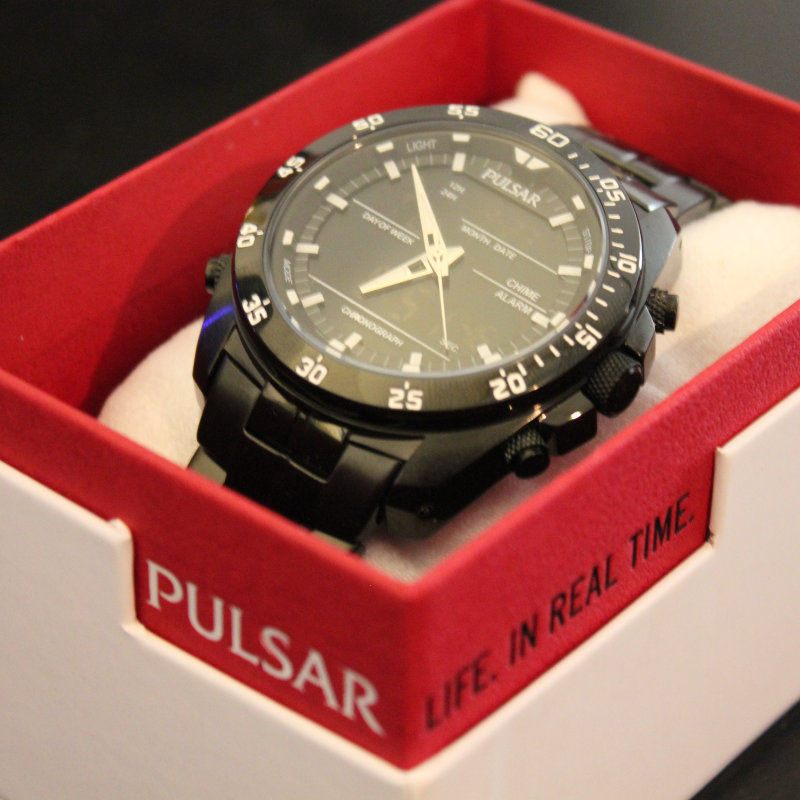 Watches - yeah, I used to have one back in the day ... you know, those cheap plastic ones that we all had in school. Over the years though as cell phones have become ubiquitous there was less and less need to actually have a timepiece on your wrist. Pulsar Watches invited me to check out one of their latest watches and so I decided to give it a shot and see what it was like to wear a watch again.

What I discovered was that having a watch was a great accessory that is now a standard part of my gear when traveling. 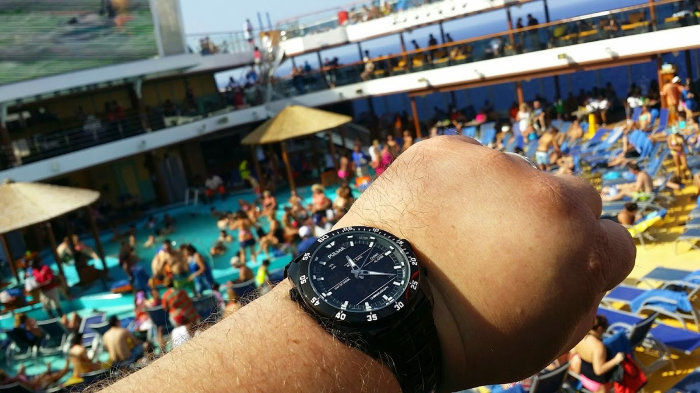 The watch I selected was the PW6011 from their "On the Go" Collection. As you can see, it isn't a fancy "Swiss Army Knife" of a watch but it has exactly the features I need. 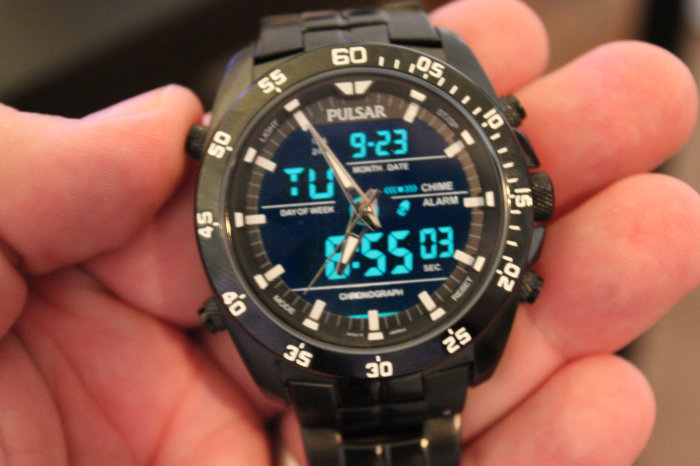 So, with watch in hand - or on arm as the case would be, I set off on a trip to Miami and a cruise through the Caribbean. This is where a watch goes from personal style preference to something that is critical to have.

For those of you who aren't cruisers it may come as a surprise that though the ship might move across time-zones that guests need to stay on "ships time". This is the first place where having a real watch shines. Unlike my phone that would jump to the local time when we landed in Jamaica or Mexico, my watch would stay on ships time.

The second area where having a watch was a huge benefit is that it was more than ok wearing at the beach and into the water. Pulsar cautioned me to not refer to it as "waterproof" but this model it is water resistant enough when I went snorkeling in Cozumel and swimming with the dolphins in Jamaica. Not surprisingly - these are areas that I wouldn't even dream of taking my phone.

Finally - a watch doesn't need to be plugged in at night to re-charge! As such, it was easy to have the watch on in bed and not attached to the plug on the desk in the stateroom. This makes it easy to check it quickly and make sure you don't miss dinner when you come back to the room for a quick nap after getting back on the ship!

Because of these three critical factors, this watch will be a guaranteed travel accessory on my future travels and most certainly on any upcoming cruises.

What surprised me even more though was that even after I got back I sorta like having a watch on. It is easy to glance down at my wrist to get a quick update and my wrist almost feels naked when it isn't on.

I'm not the most stylish guy out there but it was nice to have a little "bling".

So, with the time change this fall, maybe it's time for you to make a time change of your own! If that sounds like a good idea, I encourage you to check out Pulsar's website and select a watch that matches your personal style. Pulsar watches are also available at Kohls and Kohls.com.