Why I have fallen back in love with McDonalds

Like many of you, I grew up with McDonald's - from happy meals and McDonald's birthday parties when I was a kid to greasy burgers after a hard night of partying in college, McDonald's was like an old beat up pair of jeans. It was predictable, and while never really great it was always satisfying.

I tend to be stubborn with things that I find dear to my heart. Over the years as McDonald's worked to change its brand and improve quality, I fell out of love. What were salads and yogurt parfaits doing at my favorite fast food joint and where was my "super sized" coke and trans-fat loaded fries???

For years I stopped visiting the stores and instead switched my burger preference to Wendy's and Burger King. It took a series of events - including a cross-country road trip in search of an Egg Nog Shake - for me to realize that I love McDonald's and that the changes really are for the best!

The McDonald's dollar menu is always there, and the food is actually pretty good. Unlike the value menu at some other quick-serve restaurants it is predictable from month to month and not typically used simply as a promo to introduce products and then raise the price after they become popular. I have to admit that I LOVE the McDouble and McChicken as a quick and cheap lunch and frankly the quality has significantly improved over the past couple years so they actually look as good as they taste.

I love this game, and for some reason it compells me to visit McDonalds much more frequenty during the days it is going on. This year was no different, except that I ended up trying their breakfast options beyond the dollar menu. I realized that their offerings were actually pretty good - especially the steak, egg, and cheese bagel! 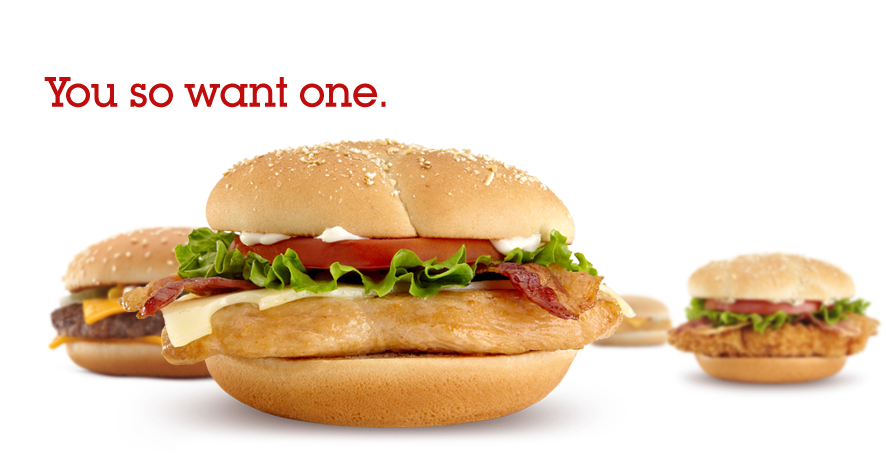 From seasonal favorites like the McRib to new products that they have introduced recently like the Chicken McBites and the Daily Double, McDonald's executive chefs are doing amazing things. I even tried the Premium Chicken Sandwiches from coupons they gave out at BlogHer Expo and liked them too. They have even made me comfortable enough with the brand to try the Big Mac once more.  Guess what? It was FAR better than I remember and I ordered it again. 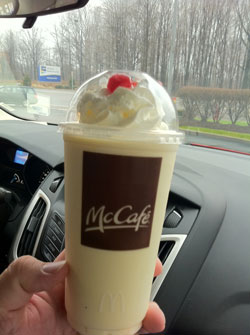 Once again, I had always seen McDonald's as a cheap and low-quality but "familiar" restaurant, so when they changed the shakes from being served in wax-paper cups to clear plastic ones with domed lids, whipped cream, and a cherry I about had it. If I wanted to go to Starbucks I would have gone there - this was NOT McDonald's and essentially my old friend was gone for ever. This year though, I made an exception - I missed the Egg Nog Shake and I was willing to consider McDonald's shakes again.

So around Thanksgiving I started going back to the store near me where I had started enjoying breakfast again while playing McDonald's and asked, "when do the Eggnog Shakes come back?" The answer I got was "next week" - three weeks later I started to wonder if I was just being blown off so I started to call other locations around my house. This lead me to discover that there are corporate stores and franchise locations - and that despite each having different rules for what to carry, NEITHER group seemed to have the shakes this year.

This lead me to hit Twitter and Facebook to see if anyone could help. Unfortunately I got no response from McDonald's social media team when I tweeted them. Other McDonalds fans though did respond! This is how I discovered that Egg Nog Shakes WERE available at various places around the country (and that I was not alone in my search). Luckily one of the places that did have them was North East Ohio (where we were heading for a wedding after Christmas).  Would they still have the shakes even after Christmas? We set out to find the answer.

As you can see from the photo, Heather and I were successful!

I Am a Fan of McDonald's Again!

It took way too long, but I forgive you McDonald's. The changes you have made over the past few years are actually for the best. The old days are gone for ever, and guess what? They sort of sucked anyhow!

Today's McDonald's is a fantastic place that actually has pretty good quality food for a quick-serve restaurant. If you are like me and haven't tried McDonald's recently I strongly urge you to give an old friend a second chance.

Will I try a salad, oatmeal, or a yogurt and granola parfait next? Who knows ...