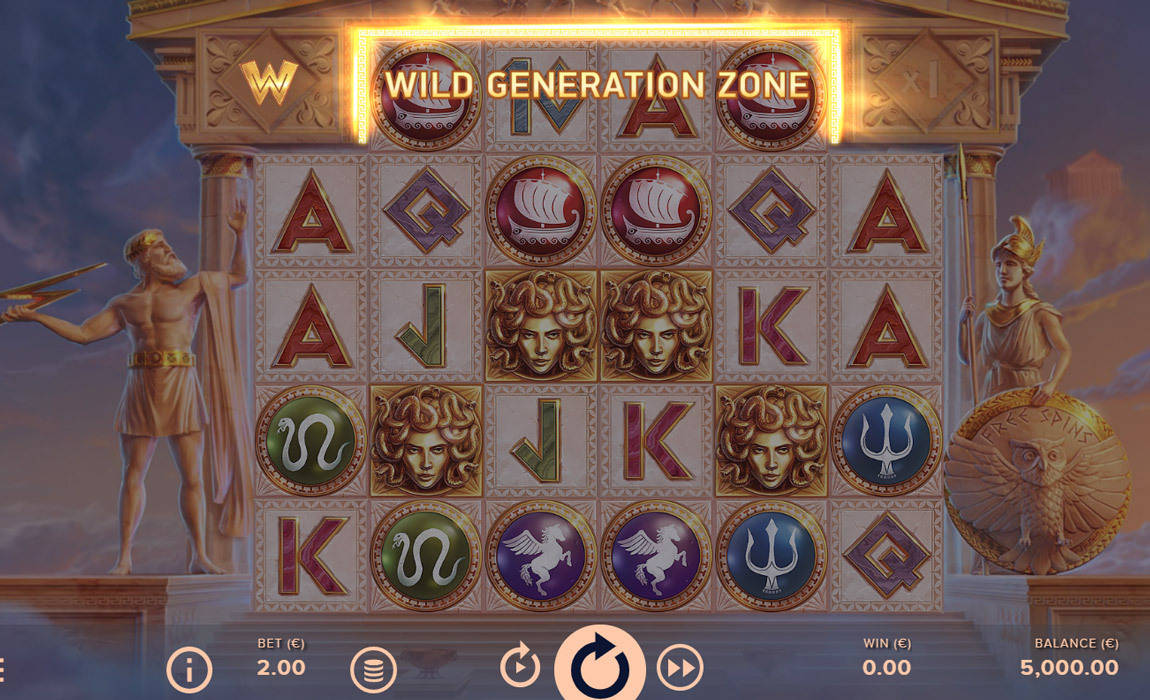 There is a wrong belief that gamblers pay little attention to the plot and design of slots. On the contrary, slot themes always determine the time of the average gaming session, and how often one will return to this slot.

Therefore, top software developers try to avoid releasing similar slots but approach the development process creatively. Many such games have a great idea, which determines all the gaming elements — from symbols on the reels to music. Some of the most long-awaited releases of 2021 you can find below.

Hell’s Kitchen is a 5×3 video slot with 20 pay lines released in March 2021. The game is filled with energy, excitement, and the popular dishes by Gordon Ramsay, which make his fans go crazy. Players can create a winning combination by having 5, 4, or 3 matching symbols on a pay line. As expected, the most valuable icons are Gordon Ramsay’s signature dishes. First, you’ll find Beef Wellington, which can reward you with a decent amount. Then comes the savoury Burger, followed by Gordon Ramsay’s Cocktail.

Like most of the new slots by NetEnt, Gordon Ramsay Hell’s Kitchen is developed using HTML5 technology. It means that the game is available via a desktop computer, tablet, or mobile phone. Just find NetEnt Casino of your interest and enjoy the game!

Every time a new slot machine about Ancient Greece is released, the fans of Plato, Aristotle, and Socrates get the opportunity to travel back in time and enjoy the atmosphere of antiquity. In any case, Parthenon: The Quest for Immortality by NetEnt released in May 2021 is a sequel to Pyramid: The Quest for Immortality.  And visually we prefer the second part. A gambler can take advantage of Wild and Scatter symbols, bonus rounds, and 10000 pay lines! The HTML5 technology allows them to play on any device, just like all modern slots by NetEnt.

Perhaps, every gambler has heard of the Immortal Romance slot by Microgaming, which already became legendary. Finally, ten years after the first release date, Microgaming released the sequel empowered by the Mega Moolah jackpot feature. The game with 5 reels and 243 pay lines takes you into the atmosphere of Gothic horror. Unlike in the previous version, gamblers can participate in the progressive jackpot draw just like in Mega Moolah — another legendary slot by this developer. In this game, you will meet Amber, Michael, Troy, and Sarah again. Meanwhile, the logo of the game is a Wild symbol, which gives you a chance to increase your winnings by 30 times.

There is no need to introduce a cult Mega Moolah slot to the gamblers’ community: everyone has heard of the largest jackpot payouts ever hit at online casinos. In May 2021, Microgaming launched the remastered version of MM Isis, giving it all the charm of Ancient Egypt and the chance to hit the progressive pot. Isis goddess stands for a Wild symbol, allowing players to double their winnings. Besides, you will meet brooches, lotus flowers, canopic jars, the eye of Ra, and other symbols. Just like in other Microgaming games, there are 5 reels and 25 pay lines, free spins, and bonus rounds available.

The original Jammin Jars by Push Gaming — is a well-known slot able to improve your mood and give you a chance to become rich. We can assure you that this pretty much applies to the second release of the game, which took place in June 2021. A big advantage of this game is the brand new Giga Spins bonus round. To activate it, you need to get at least 3 Wild jars at the same time. There is also a free spins feature allowing gamblers to get the maximum of their game for free. The HTML5 feature allows you to try your luck on any convenient device.

In the Ocean’s Treasure slot released by NetEnt, you will set on a great journey into the kingdom of underwater. You will find yourself at the bottom of the ocean, surrounded by rocky statues and creatures resembling Krakens. The Ocean Treasures slot is equipped with 5 reels and 15 pay lines. The free spins feature is triggered when you get three scatter symbols in the playing field. If you constantly follow the release of slots by NetEnt, then you are probably familiar with Steam Tower, which is very similar to Ocean’s Treasure.

On June 2, 2021, Relax Gaming released its new very funny slot called Top Dawg $. The developer invites gamblers to dive into the atmosphere of the American hip-hop culture, and walk through the streets of Los Angeles in the company of daring dogs. Gamblers can take advantage of free spin rounds, sticky symbols, and other features, allowing them to hit a significant reward.

NoLimit City has recently launched its own Marvel and DC-based slot, which has already become popular in online casinos. The plot of the game puts us into the upcoming future, where only superheroes managed to survive. The game is set in a toxic industrial environment where 5 superheroes — Mind Flayer, Torch, Suffering, Toxic, and Destruction — do their best to save humanity. As you can guess, the main feature of this slot is xWays. The bonus round starts when you get 3 or 4 Scatters in one spin. Combined with random jokers or sticky multipliers, everything can turn into insane payouts.

Popular in the European and Asian markets, the company Habanero recently introduced a new slot for its users. Totem Towers consists of six reels and three lines, each with many coloured symbols that turn into multipliers, and create different combinations. By activating the Line Boost feature, players can unlock up to 101 new pay lines. Totem Towers also guarantees up to 100 free game spins for those who receive several specific characters at once.

This cool western slot released in 2021 by Yggdrasil Gaming cannot leave you indifferent. The novelty offers users almost 118 thousand winning combinations: the maximum winnings here can be 10 thousand times more than the initial bet. Respins in Big Bucks Bandits Megaways can be obtained by dropping six or more special symbols, and the Double Cross Gamble feature allows players to increase the overall win by 5 times. Users of this slot can withdraw their winnings at any time or place a bet to move to the next multiplier.

We hope you enjoyed reading this slot market review and found some interesting games to try in your free time. If you have any good examples of how we can improve this list, do not hesitate to leave your comments below.