Not Just For Kids! Video Games That Adult Men Love Playing Too 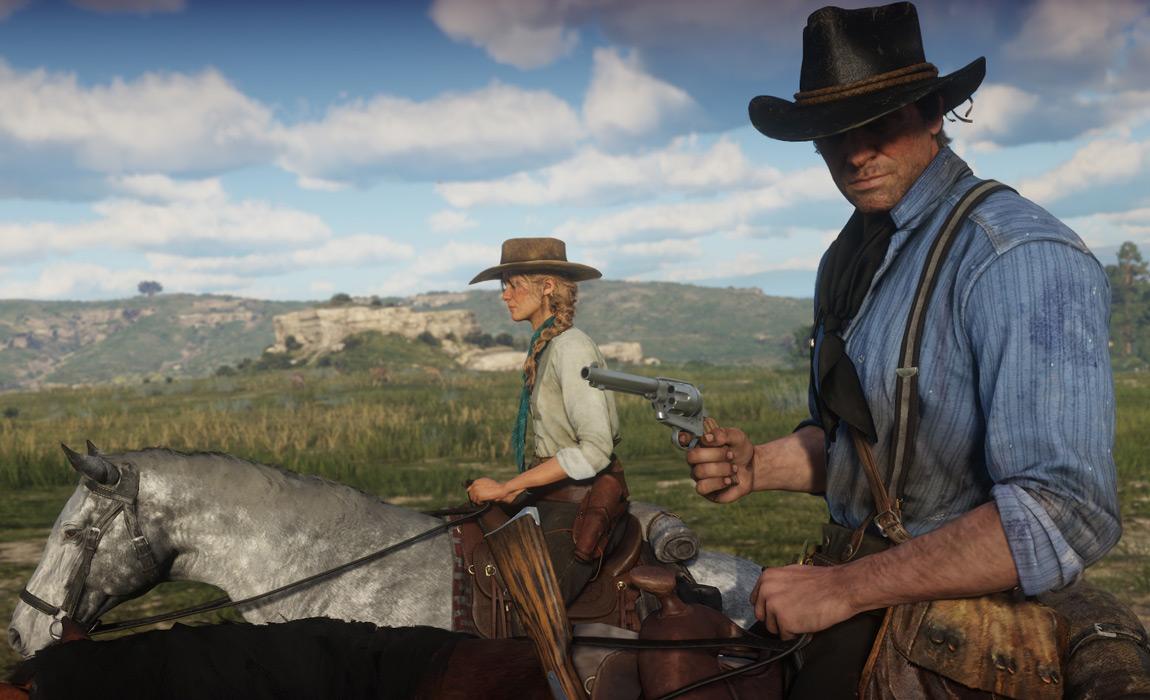 I'm going through a sort of "re discovery" of games, back in the day, I was a HUGE gamer. Virtually anything new that came out ended up on my computer and I had multiple video game systems at home as well. Somewhere along the line though that all faded and video games became something that was a passtime for the "younger me". Today though, I feel like games have matured quite a bit and I'm starting to have more time now to revisit this passtime and enjoy games again in a new way. As I've began exploring again, here's some of the ones that I'm looking forward to spending more time with in 2019!

Now more and more demographics are getting involved in gaming, even OAPs who are referred to as ‘silver gamers’ by marketing experts in the gaming industry. Despite the welcome number of female gamers of all ages, men are still the top demographic who play video games demographic who play video games. In fact what's more interesting is that the percentage of gamers by age actually INCREASES after 50 years old to 23% of the market. In fact, while conventional thinking suggests that video games are just for kids, the United States market for gamers under 18 is only 28%!

As a result, there is an increasing number of games available for adult gamers today compared to the past.

This game really piqued my interest since it has all the things I used to enjoy about games - exploration, crafting, and lots of cool weapons to try out too. Miscreated has a long development history but just reached 1.0 even though it still calls itself "beta".

Miscreated is set in a post apocalyptic world and there really is not specific story or missions. Instead, your objective is simply to stay alive. While there are AI enemies, human opponents are equally your primary threat as well as potential allies. While there are guns laying around waiting to be picked up for use, players need to scavenge for food and water as well as building materials for base building. This isn't the game for everyone but it's a lot of fun if you are looking for something different that involves strategy and exploration as much as it does raw shoot-em-up fun.

With a world that spans a whopping 64K2 there's plenty of land to explore.

The original Red Dead Redemption was one of my favorite games from one of my favorite developers. Now, this prequel to the 2010 hit is even better. It was released a few months ago and sold 15 million copies within the first week of release. Overall sales of the game are expected to surpass well over $1 billion after reaching $725 million during the games first three days of release.

Red Dead Redemption 2 is set in 1899 in a fictionalized version of the Wild West. Your character – Arthur Morgan – is second in a gang of outlaws to Dutch Van Der Linde who is killed in the prequel by John Marston.

The visual graphics and storyline of the game have led to widespread critical acclaim for developers Rockstar. In the interactive open world game your actions are characterized by horseback riding, bank robberies and railway hold-ups.

Red Dead Redemption 2 features more interactive CPU characters than any other previous Rockstar production. Not only can you follow the main story arc of the game, but you can complete tasks for strangers, perform individual robberies and gamble in saloons and post offices.

The detail of the game will astound you – e.g. your horse’s testicles shrink in cold weather – and keep you playing well beyond the main storyline. The online multiplayer mode is an updated version of Rockstar’s first online mode in Grand Theft Auto V.

If you don’t already own Red Dead Redemption 2, firstly where have you been living for the past couple of months? And secondly, go out and buy it now and start cancelling all your upcoming arrangements so you can immerse yourself in it.

Did you know? Rockstar Studios spent $300 million on marketing prior to the initial release of Red Dead Redemption 2.

While online gaming is still illegal in most parts of the United States, over in the UK it's a different story. In fact, online gambling is the largest contributor to the gambling industry in the United Kingdom, bringing in annual revenues of around $8 billion. For those of us who travel or who live in areas where this is legal, these games can be tons of fun and you can even win some good money too. The biggest driver of the remote gambling sector is online slots, with hundreds of thousands of Brits playing them every year. It’s hardly surprising, as slots are not only more engaging than ever before – they’re themed around an amazing variety of niches, from music to movies and more.

Many online slots are inspired by on-trend popular culture and 300 Shields is no different, it was released in the wake of the success of the film 300 and the TV show Spartacus. This five-reel, twenty-five payline slot is set against the backdrop of a wheat field with Spartan warriors, Persian ships, swords, arrows and scabbards making up the symbols.

The game is aesthetically pleasing, has a solid theme and an immersive musical soundtrack – but they aren’t the most important things. The most important thing with any online slot is how easy it is to win. 300 Shields has a generous return to player of over 96% as well as huge multipliers of between 2 to 300. The sword-swinging animations when the bonuses are triggered are especially good for an online slot, hopefully you’ll be seeing plenty of those animations.

300 Shields is one of the many exciting games available over at Wink Slots – and we’d recommend heading there to find more online slots that cater for male gamers.

Did you know? Japan has the most slot machines in the world – with more than five million.

Another entry from Rockstar Games – Grand Theft Auto V is the most popular game ever produced. Sales of the game reached $800 million in the first 24 hours of release. Despite the game having been originally released in 2013 it remains a favorite of mine.

As of April 2018 over 100 million copies of the game have been sold, making it one of the most profitable entertainment products of all-time. In fact it managed to set an amazing SIX world records for sales numbers as verified by Guinness World Records. The game is set in a fictionalized version of California, focusing on Los Santos (Los Angeles).

It is the first game in the Grand Theft Auto series that features more than one playable character, with the story revolving around Franklin, Michael and Trevor. The latter two are exiled in Los Santos after committing a bank heist years ago in a Northern State.

Michael is deeply troubled by his exile from the criminal world and when he meets Franklin, he decides to mentor him and introduce him to the profitability of criminality. Trevor is a mad character, looking to settle old scores with Michael and a number of characters from the FBI.

The ending of the story feature is ultimately dependent on your choice, with the game constantly offering players different choices to formulate the direction of the story. If you bought and completed GTA V when it was first released, don’t worry – the game still has more to offer.

Did you know? In Franklin’s Vinewood house there is a book on the shelf called ‘Red Dead’ by J. Marston, an Easter egg for fans of the game of the same name.

While most of my American friends would rather be playing Madden NFL 19, I like soccer - or "football" as the rest of the world calls it. FIFA 19 is the 26th instalment of this football simulation game and the first to feature full UEFA Champions League licensing. Career mode and Ultimate Team are both bolstered by the occurrence of Champions League playability and cards.

FIFA 18 was one of the biggest game of 2017, but sales of the current version have been down by 25%. The reason for the fall in popularity of the game are quite simple, its release has coincided with the release of other popular games such as Red Dead Redemption 2 and online games like Player Unknown Battlegrounds and Fortnight that are competing for attention and require no upfront cost. That shouldn’t put you off though as this is by far the best FIFA game yet.

Ultimate Team remains the most popular feature of the game, with millions of players logging on every day to battle it out with their often expensively assembled squads. The biggest change from FIFA 18 is the competitive format of Ultimate Team.

Division Rivals takes over from Online Seasons, and players are ranked to ensure they play against opponents of a similar skill level. Every Thursday rewards are given out based on your weekly performance in Division Rivals.

The Weekend League has also been reduced from 40 games to 30 games, making it much easier to fit into a busy schedule. An increase in the variation of special cards makes the rewards for The Weekend League even more appealing than last year.

The improved rewards on offer mitigate the need to spend actual money in Ultimate Team this year, so don’t worry about having to face players who have spent hundreds of pounds to get Hazard, Kane and Kante in their squads.

Did you know? FIFA 94 was the first game in the series to be released, featuring David Platt, Packie Bonner and Ruud Gullit on the various regional covers.