Fresh back from a stay at Secrets Wild Orchid Montego Bay, I have mixed reviews. The Preferred Club has all the foundations for a wonderful, romantic get-away, but the newly opened resort is still a bit rough.

Our first impression was WOW! My husband and I were greeted immediately from our taxi with warm hospitality. We were whisked away from the main entrance via golf-cart to registration, offered a glass of bubbly and a cold towel to refresh ourselves. By the time we were led to our swim-out Jr. suite, we really felt like VIPs.

The room itself was a knockout: clean, modern design with lovely finishes, perfect for a romantic getaway. The luster started to fade when we noticed some flaws here and there – namely a crack in the wall behind the nightstand, some sloppy caulking in the bathroom, and a shower that drained just a little slow. Since the power was on a motion sensor, the clock was always being reset; adding a battery back up or simply removing the unit would alleviate the irritation of always seeing the wrong time! Granted these are minor, but with a resort that is striving for 5-star excellence, they stand out!

The open-plan room itself was designed to be romantic, but for practicality, the lack of privacy was annoying. Since the bathroom was really integrated into the space, separated only by a sheer curtain, the blackout shades to the patio/pool area had to be used every time we changed clothes or took a shower. Another irritating aspect of the design was the toilet room, where the frosted glass door did little to provide privacy. Our room happened to have two double beds, but I couldn’t imagine sharing the room with another couple; a blackout drape between the bathtub and the bed would do a lot to rectify this.

We loved the vibe at the Wild Orchid PC pool. Think absolutely laid-back and all about relaxing! I’m not sure how they were relative to capacity, but we never had a problem finding chairs at the pool or on the beach. And speaking of the beach, we absolutely loved the PC beach. Admittedly, there were some sections of beach that were quite uncomfortable to walk… but the water was so unbelievably crystal clear!! I loved that they still had some larger rock formations and you could see all kinds of little fish. White, blue, purple, orange, yellow, green! Plus, the starfish! One of the things I found annoying is that the info on the resort said snorkeling was included, but it didn’t say you could only use the equipment at designated times on tours! We ended up buying a set, which was great because there was so much to see right on the PC beach.

If you prefer a livelier crowd, the pools and beaches at Wild Orchid or St. James (the main hotels at the resort complex) seemed to have a lot of activity.

As far as the restaurants go, the food was ok. Nothing was really bad, but not too much really wowed me. I had the grilled fish at the pool restaurant (grouper) and at Blue Mountain (snapper), and both times it was really incredible. We really likedBlue Mountain and the French restaurant. The Italian and Mexican restaurants, on the other hand, were just meh. The Asian restaurant was ok… if you weren’t familiar with Japanese or Thai food; we didn’t sit at the Teppanyaki because one of the couples we had met earlier pointed out that it was unbearably HOT near the grill. The breakfast and lunch buffets were decent, but by the end of the week, I was getting bored with the selection. In addition, many of the restaurants were dressed with heavy tablecloths!?! It was like sitting in the Jamaican heat with a blanket on your lap!

Something to keep in mind is that the resort is fairly sprawling, but they all feed into the same restaurants for dinner. We lucked out because the Wild Orchid PC is just a short stroll to all the restaurants and shops. The spa (which we didn’t make it to) and the gym were a hike, but that wasn’t a concern for us!

My complaint would be that service was inconsistent and there were just goofy things in disrepair scattered around (like the crack on the wall in the room). I was surprised that turndown service was pretty shoddy. Some nights they showed up late, only on one night did we get flower petals and chocolates on the pillow, only on our last night did they do the little towel sculpture.

Same thing with the wait staff - some were great, some seemed like it was a hassle to do their job. I often had the impression that tips were expected, whether they were giving you great service or not (which I found annoying). At more established resorts we’ve stayed at, everything seemed much smoother with the staff, and even if they were taking a while to get your drinks, they seemed a bit more professional.

Overall, we had an absolutely wonderful time and great experience. Sure they have some issues to iron out with both the staff and the facility, but if you’re looking for a beautiful location, that’s just a short ride from the airport, then this is the place! 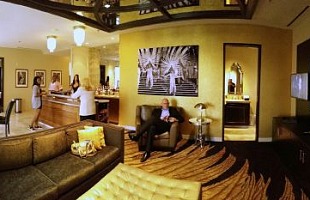 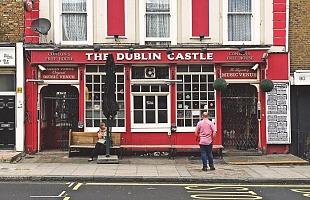 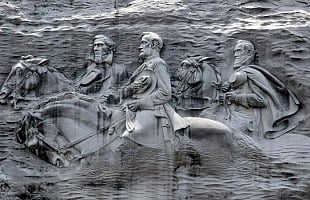