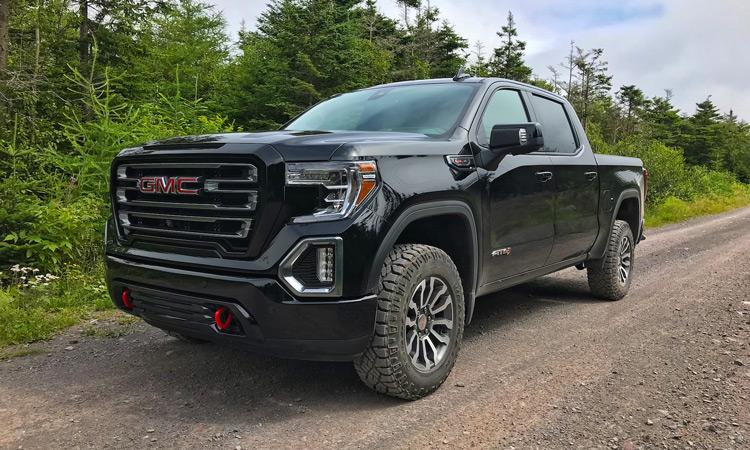 My ticket to visit one of the four corners of the globe came courtesy of GMC, who recently invited me to drive its newest and most important creation: the 2019 Sierra. Newfoundland and Labrador is the easternmost province of Canada and a massive hub for pickup trucks of all makes and models—in fact, it seemed like everywhere I looked there was a GMC or Ford pickup. From the varying terrain to the extreme weather and the fishing/outdoorsy way of life, everything about the picturesque Canadian province oozes pickup truck and fishing.

The GMC Sierra isn’t just any pickup truck, however. Customers who can shell out anywhere between $45,000 and $65,000 for a luxurious workhorse are fairly demanding, and although pickup truck owners are typically loyal to their brand of choice, established brands like GMC can’t afford to drop the ball and lose market share due to the lack of innovation. As a result, the all-new half-ton aims to please brand aficionados with a new Multi-Pro tailgate, a classy and robust exterior design, prime towing capacity, and Cadillac-worthy seats. 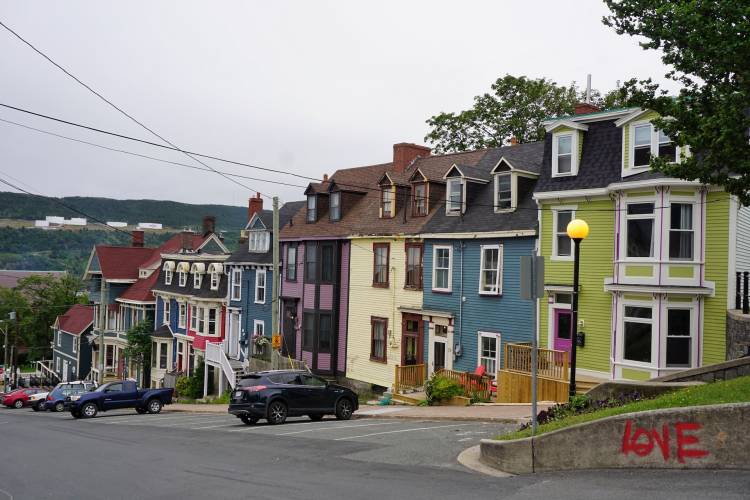 My journey began in the capital city of St. John’s, where mixture of cargo ships, cruise ships and fishing vessels adorn the bay-wide marina. House-clad hills that rival those of San Francisco in terms of steepness stand out with bright colors, offering flashes of green, red, and yellow against mostly gray skies. At water level, George Street is lined with souvenir shops and pubs that pay homage to the city’s reputation for being one of the oldest European settlements of the American continent. And while some historians argue about the exact year St. John’s was established, the first area map dates back to 1494. 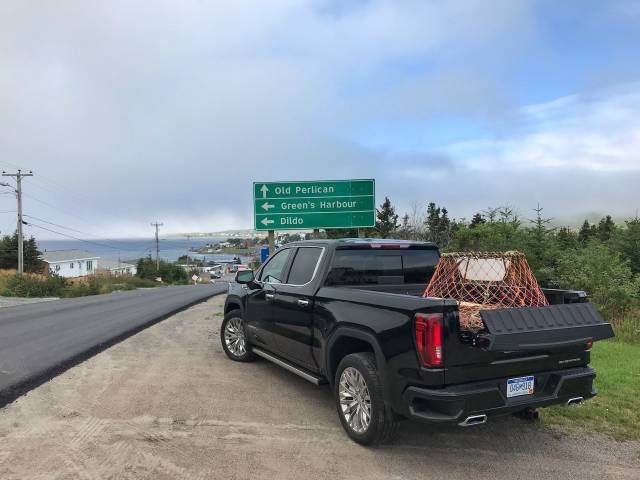 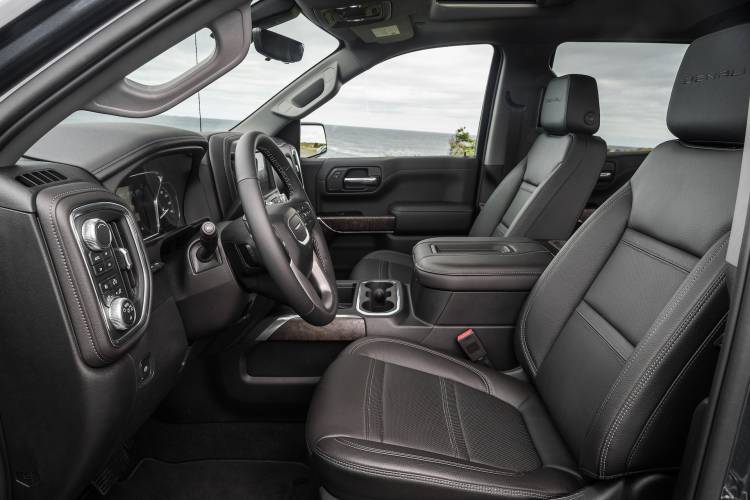 I spent the first part of the day in the swanky Denali, which featured nearly every option available and was powered by the range-topping 6.2-liter V-8 engine. A combination of dense fog and 70 kph speed limits (about 45 mph) kept me from putting the mighty V-8 to the test, but presented a perfect opportunity to enjoy the comfortable leather seats and overall spaciousness of the cabin. Also, the large head-up display, eight-inch infotainment screen, Apple CarPlay, and Bose premium sound system were put to the test during this relatively boring part of the day, all of which worked flawlessly and added to the truck’s “professional-grade” attitude. 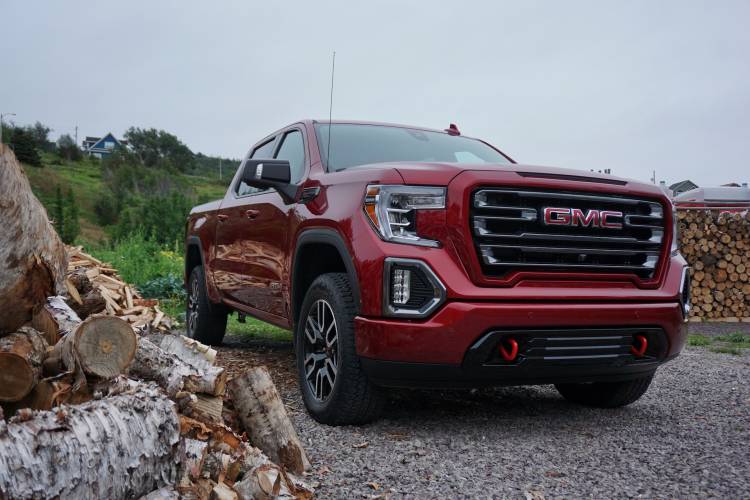 While the V-8 is a gem, it’s the Sierra’s 10-speed automatic transmission that stood out for its seamlessness. The combination of a powerful engine and a perfectly calibrated transmission delivered a smooth and confident drive despite the poor weather and road conditions. 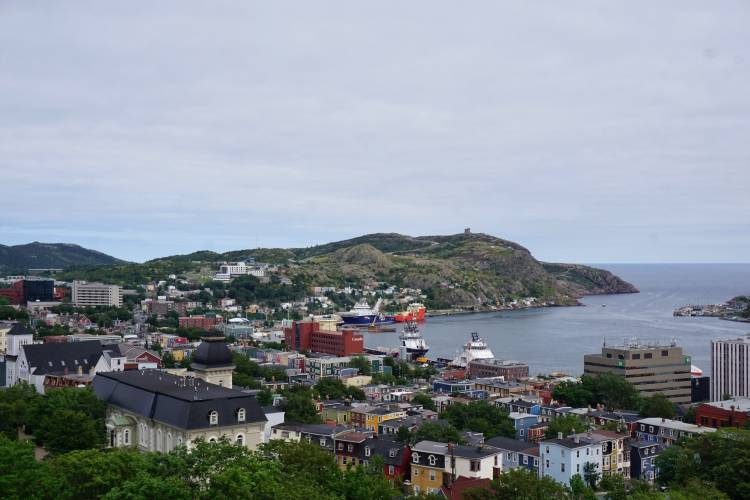 The fog had finally cleared by the time we reached Harbour Grace, the site where Amelia Earhart took off from when she became the first woman to fly solo across the Atlantic. There, I was able to deploy the MultiPro tailgate that resides in SLT trims and up. The clever tailgate may not be what every truck owner has in mind, but once you experience it, it’s something that you wonder why it wasn’t invented long ago. 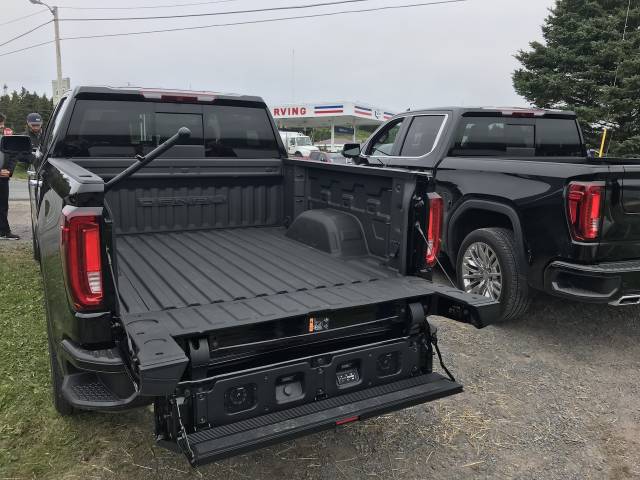 At the touch of a button, I could choose which configuration to deploy, whether the full tailgate or the tailgate step. Do things differently and only the small partition will unfold, creating a sort of workstation that contractors and other on-the-go workers will absolutely love. However, on full “Transformer mode,” the tailgate can be the perfect party companion thanks to its built-in marine speakers and usb power sources. Again, why wasn’t this invented long ago? 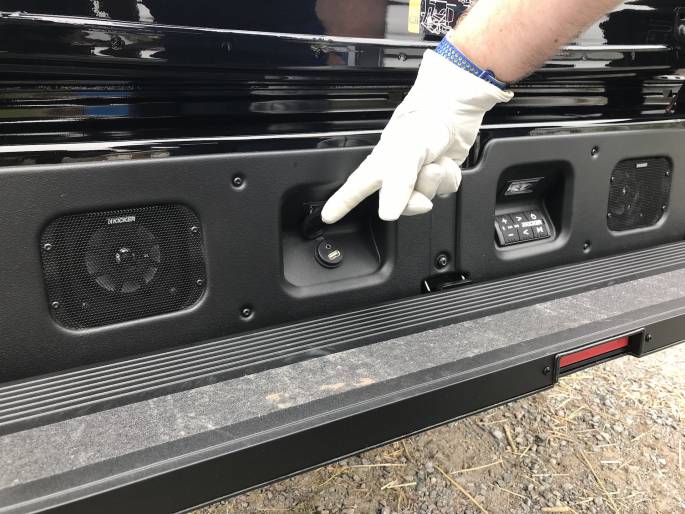 Once loaded up, it was time to hit the road and experience the adaptive suspension work its magic with a bed full of fishing cages and other heavy gear. Unsurprisingly, the Denali glided over the road effortlessly, offering a quiet and luxurious ride quality that’s expected of a high-end truck. In this case, the segment-first rear camera mirror allowed me to have a nearly unobstructed view of the rear despite the bed being full of stuff. In addition, the high-def cameras that surround the Sierra come in extra handy when parking, hooking up a trailer, or simply being cautious of your surroundings. 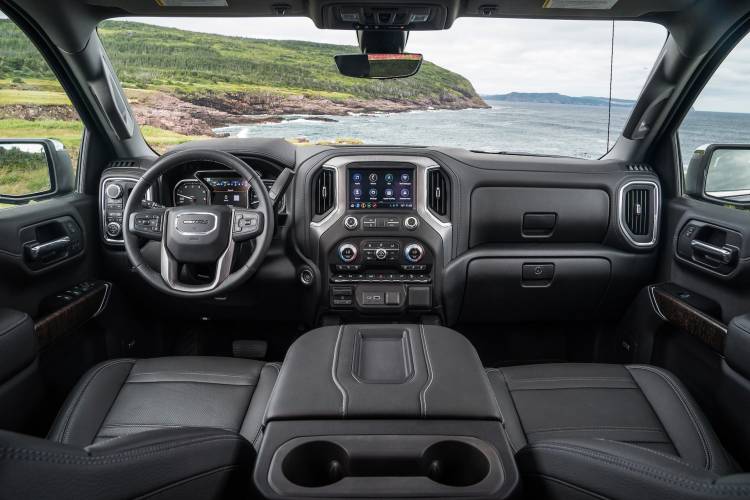 A brief and rather weak off-road stint at the wheel of the AT4, which stands for All-Terrain 4, exemplified what less affluent buyers can get. The interior resembles that of the Chevrolet Silverado much more, and the exterior’s chrome extravaganza is replaced with blacked out bits, color-matched adornments, and bright red tow hooks. While I don’t doubt the truck’s off-road capabilities, I’d be lying if I said that they were even tickled during my brief off-road stint. 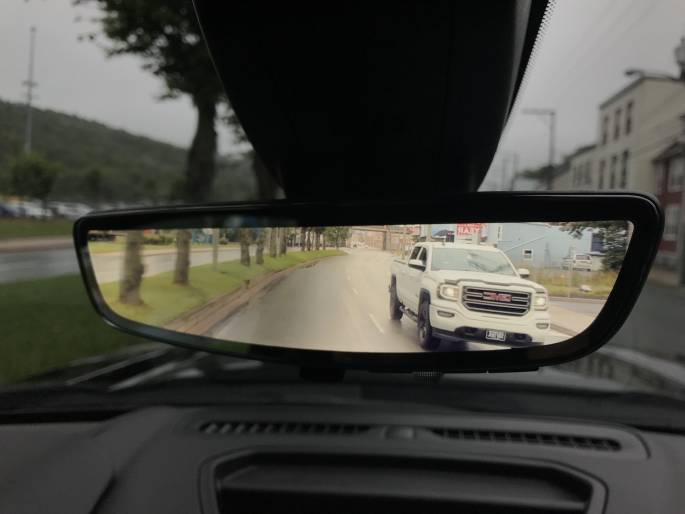 The long drive back to St. John’s reinforced that the 2019 Sierra is a worthy player in a hot segment. Is it the best player? That depends on who you ask. The overall feel and quality of the cabin is okay, and it’s unclear if a nifty tailgate and an outrageously priced carbon fiber bed will steal buyers from the competition. In a nutshell, the Sierra is a handsome truck that’s a joy to drive and can tow up to 12,100 pounds. Most importantly, it’s a huge step forward from its predecessor, so what more could you want? 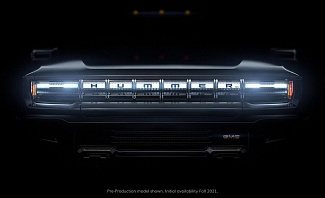 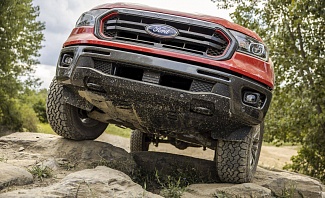 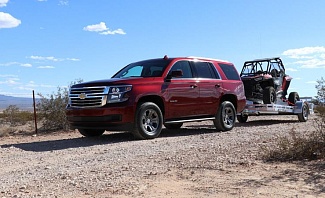 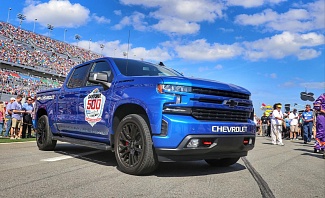 What's It Like To Ride In The Daytona 500 Pace Truck with Dale Jr?