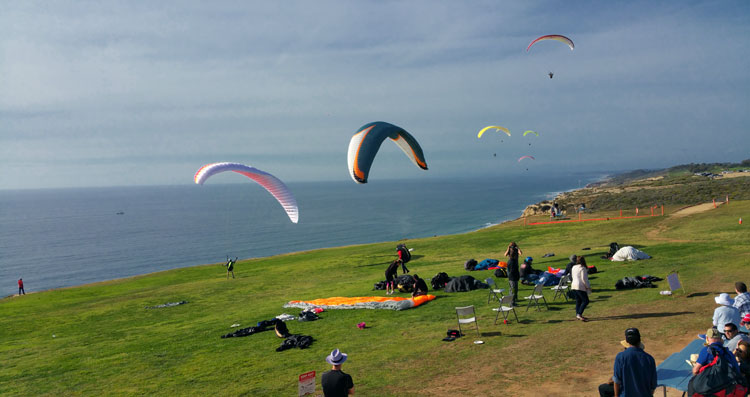 California is a great place to visit, we all know that. Despite the high cost of living, there are a lot of things that other people plan their vacations around that are quick afternoon excursions for those of us who live in San Diego. By owning a house here in San Diego you can live the California Dreamin' lifestyle that otherwise you'd have to simply visit. Even renting doesn't give you the freedom to fully enjoy everything since your money is going to build someone else's dream and not your own.

With that being said, here are five things that I love about living in San Diego that other people have to spend loads of money to do on vacation. Instead, for those that live here they are just be a quick afternoon getaways!

In Pacific Beach, a neighborhood of San Diego, there is a great boardwalk with fantastic views of the ocean. The boardwalk is 2.3 miles long and you'll be able to see sights such as Belmont Park with the famous Giant Dipper Roller Coaster as well as plenty of shops and restaurants.

Sharing Carne Asada Fries and a Sunset at the Beach

San Diego is known for its mashup of surf cuisine and Baja-style Mexican food and there is nothing so awesome as sitting in a beach chair with a container of Carne Asada Fries (think chili cheese fries but with carne asada, beans, guacamole, and taco sauce over fries). It's even better when you have a friend to share them with, a cold beverage and a view of the sunset.

Garlic Fries and Craft Beer at a Padres Game

The San Diego Padres may be a baseball team, but you should come to the park for the beer and food and stay for the game instead of the other way around! Petco Park has a spectacular assortment of local food as well as some of San Diego's best craft beer from breweries including: Mike Hess, Stone, Ballast Point, Pizza Port, and Karl Strauss.

Looking for a taste of history? San Diego is a military town and this ship is a massive museum dedicated to naval aviation during WWII and beyond. It's also located right downtown so after walking around the ship it's easy to head over to Seaport Village or the Headquarters for dinner.

San Diego is a great golf town, with courses ranging from military-only ones on base to public courses like Torrey Pines, the host of the Farmers Open and the Buick Invitational as well as other tournaments throughout the years.

I had visited San Diego several times before moving here for one conference or another and each time I thought, "wow, it would be nice to move here one day!" I finally got the opportunity in 2013, so my wife and I put our house on the market in Chicago and decided to move to what seemed to be paradise.

While living here isn't always paradise, it's pretty darn close. After all, any major city will have some problems too.