Do You Dream Of Being the Ultimate Grillmaster?

Do You Dream Of Being the Ultimate Grillmaster?

If you've ever dreamed of rising beyond your backyard grill or maybe even that kitchen-friendly one you use in the summer then Johnsonville has a fantastic opportunity for you!

Johnsonville has launched a nationwide search for the perfect grillmaster for their absolutely MASSIVE grill - the 53,000 pound Big Taste Grill that you may have seen at events ranging from professional sporting events such as NFL games and NASCAR races to music festivals around the country. You've got to be funny and outgoing while knowing your stuff when it comes to whipping up tasty brats for hungry fans.

This is a once in a lifetime opportunity for the right guy. You'll get to travel the country, work with great charities nationwide to help with fundraising and you'll never go hungry manning the "World's Largest Grill" - capable of searing 2,500 brats per hour! If that isn't enough already, you'll also be a TV star and act as an ambassador for Johnsonville conducting on-air interviews with TV and radio stations at each stop during the tour. 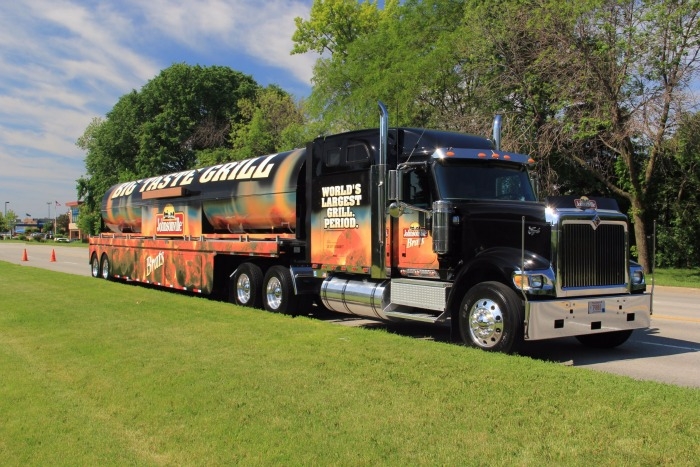 The interesting thing about this opportunity is that they are really looking for a serious candidate. They aren't just looking for a guy who looks good in a grilling apron but also be able to run marketing reports and other "boring" business stuff as well. So ... if that sounds like something that you'd be interested in, they have a job application available with even more information about the position.

This is a sponsored conversation written by me on behalf of Johnsonville. The opinions and text are all mine.