Reminder - Enjoy Your Drinks in Moderation, Alcohol Has Consequences 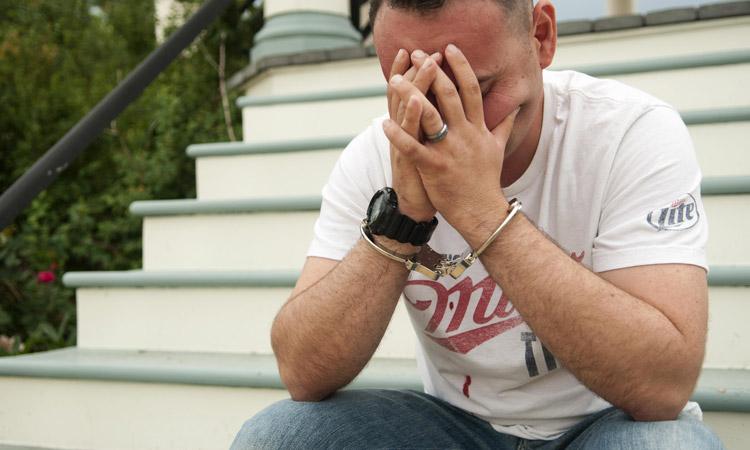 I live in San Diego's Gas Lamp Quarter above a nightclub, it's a fun an exciting place to live but it's also a great study in the negative effects of alcohol consumption. From people tripping over the sidewalk to stupid fights, being drunk just makes you stupid ... and that's honestly part of the fun of being intoxicated. I'm not here to tell you not to drink, but let's make sure to enjoy those drinks safely and in moderation.

Sadly, none of these things below are going to be remembered once you've passed the tipping point. However, hopefully before you get to that stage where the only thing that matters is your next drink, you'll be able to remember to stop in time. This is just a reminder of some some negative consequences of drinking too much ... but don't let that stop you from having a fantastic weekend! Are you ready? Let's pick a place to go and start partying!

Waste Money (and possibly lose it too)

When someone starts to drink and party excessively, they often stop making the best decisions. Whether it is spending too much money on that fancy toppest top shelf tequila or drunk shopping on Amazon, money seems to flow freer and faster the more drinks you've had. Plus, you get sloppy with your money too. I've walked around at night and found money sitting in the gutter and one night I watched two girls run across the street as bills flew out of one of their purses into the street. Simply put - you're going to come home with less money than you intended earlier that night.

Underestimating Your Level of Sobriety

The root of most bad consequences relating to alcohol consumption is simply underestimating your level of sobriety. This can lead to a whole string of actions - not the least of which is driving under the influence. This can lead to loss of life, property, or other injury. Even in the best scenarios, you are likely to be stopped by an officer and spend some time and money to sort stuff out. Honestly, aside from getting home safely that's your best option since the only person getting punished for your actions is YOU. However, this means that you will have to hire a lawyer to represent you when you go to court if you are arrested for driving under the influence. You will have to pay attorney’s fees, pay for court fees and fines, probably take time off from work, lose free time on weekends going to classes or community service and more than likely be forced to pay for SR-22 insurance. SR-22 insurance is a form of auto insurance that is required when the court designates you as being a risky driver.

How many times have you had to apologize to a friend the next day because you said something something stupid? It's just embarrassing and hopefully no real harm was done but it's never a good thing.

You've all seen it. Two guys who are normally buddies start to shove each other because one thinks the other said or did something inappropriate. We're all competitive but when alcohol is involved, it can take things to a whole new level.

It should be of no surprise to any of you that over consumption of alcohol can lead to casual hookups. When you are single, that's not a big deal as long as everything is OK with both partners. However I feel like most of my friends who have done this wake up the next morning with regret and maybe even a bit of shame. That's never a good feeling and can lead to long term consequences too ...

There are numerous long term consequences that could follow you based on actions you make while intoxicated. The most obvious of course is if you get into an accident while driving under the influence or get into a fight where you badly injure someone, you could face huge legal consequences. There are some people who get into an accident after they have had too much to drink and end up badly injuring or even killing someone else. If you kill someone when you drive drunk, you could be charged with manslaughter and end up in jail. If you fight someone after heavy drinking and cause major damage to them, you could also be charged with assault and battery of the person. This could cause you to have a permanent mark on your background that could lead to you being limited in the fields that you will be able to work in the future.

However, beyond this there are other consequences such as getting an STD or unplanned pregnancy due to that casual hookup. Plus, you never know what might be said, what secrets might be leaked, or what texts might be sent that could change your relationship with someone special.

Drinking alcohol excessively can also lead to addiction, or feed an existing addictive desire that you might not have been diagnosed with yet. An addiction to alcohol can be very difficult to overcome and can lead to lead to other long-term consquences beyond the ones listed above. Uncontrolled alcohol addiction also leads to many health issues with your liver, heart, and even brain function due to excessive and continual consumption. If you start to notice that you feel as though you have to have a drink every day, you may be starting to become addicted to alcohol and need to get help right away to avoid becoming fully addicted to it.

When you are young, it is great to have fun, but being responsible is just as important. You do not want to suffer the rest of your life for poor decisions you made when you were younger. You do not have to spend every day of your life sitting at home watching television, but you do want to be sure that you are not risking your future for a night or two of fun.

For most of you, we've learned these lessons one way or another - but we've all see friends and family members who haven't. As we head into the summer party season with drinks flowing and coolers full of cans of ice cold beer at the neighborhood BBQ. Just remember to be smart and pay attention to how much you've had to drink. Trust me ... you'll be glad you did the next morning!