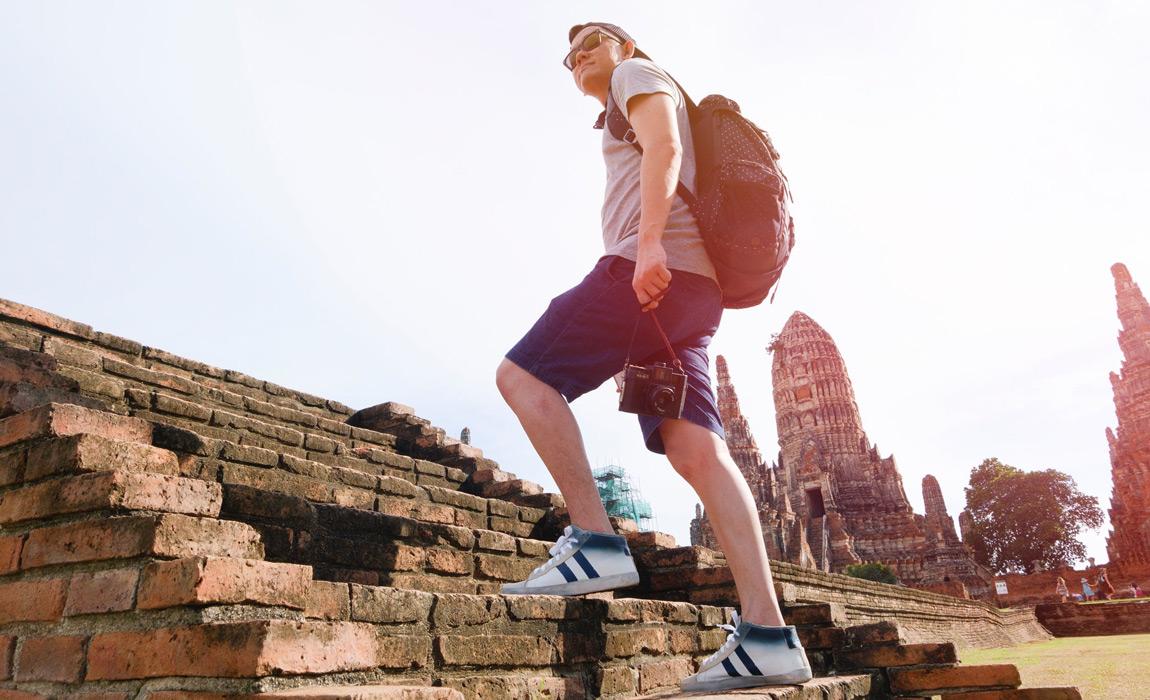 The concept of a "Gap Year" adventure was once something that was only common among Europeans. However, It is now popular for teenagers and young adults all over the world to enjoy a year off. For many, this means that they’re going to travel - and not just to the neighboring city. Gap years tend to involve either a volunteer program somewhere exotic and rather far away, a couple of months of backpacking with a friend, or even taking a course in some activity such as surfing in another country.

Whatever your teenager would like to do, it’s important that you’re able to plan all of this together and map out a decent year for them. It is, after all, an opportunity for them to learn to become a bit more independent, responsible, and hopefully, meet a lot of new people, and generally just have a great time exploring the world.

As a parent, however, it makes sense that a year of half a year abroad makes you feel a bit unsettled. Here is a handful of tips when your teenager is threatening to take a year off to travel the world so that you can feel a bit more comfortable about the plans.

Make sure they travel with a friend

For their own safety as well as your own ease of mind, it’s better if they embark on their very first adventure together with a friend. That way, you will always have an extra person to call in case you shouldn’t get a hold of your son or daughter - and you’ll even have an extra set of parents to keep you company with their own worries.

Keep in mind, however, that a lot of volunteer programs will pair your teenager with other young people who want to give something back while also seeing the world. They may end up living with a host family, for example, and a couple of other travelers - and you will also have the organisation to call up in case you should have any questions.

An organized trip like this is a bit different from just heading off all on their own so don’t worry too much about them boarding that plane by themselves if they’re going to be volunteering. Just do some background research on the organization, first of all, and make sure that it’s both legitimate and trustworthy enough to deserve the help from your son or daughter.

The same applies to any form of courses they would like to do abroad, by the way. While they can always ask a friend to join them, you shouldn’t have to lose your calm if they have to set off on their own. This is a great opportunity for them to learn to stand on their own two feet, after all, and getting to know a new culture as they will be under the supervision of responsible adults.

There are a lot of benefits to a gap year

If you’re initially a bit negative to this travel adventure, it’s a good idea to remind yourself that they will actually enjoy a lot of benefits from it. Sure, you might have preferred it if they could just bash on and get started with their degree instead but, depending on what they’re doing abroad, this is also something they will be able to use on their resume.

Volunteering, for example, is something that a lot of employers are fond of when hiring a younger person. This means that they have international experience, that they can handle a strange and foreign environment, and it even shows a healthy dose of empathy and responsibility which they don’t always see in graduates.

Try to look at this gap year from the perspective of both your teenager as well as their future employer. If your teenager is tired of studying, at the moment, and needs a change of environment, this could be exactly what they need in order to get a fresh point-of-view and actually enjoy their studies when they get back.

Besides, just starting on their degree when they desperately need a break may mean that they end up choosing something they’re not going to follow through with. Instead of a short year filled with adventures, new friends, and empowering memories, they’ll instead work up a decent amount of debt as well as wasting a couple of years of their youth. It’s not good for anything so let them head off and enjoy their time off for a bit.

Work out an agreement

When you have convinced yourself that this gap year is perhaps not as bad of an idea as you first thought, it’s time to find ways to ease your mind even more. Every parent worries when their child is out exploring the world on their own - and why wouldn’t you? The best remedy against any of these sleepless nights is to, first of all, work out an agreement on how often they get in touch.

Try to find something that works for both of you and don’t expect your teenager to text you every morning and every evening just because you need them to. Make a plan that you know he or she will be able to follow through with and keep in mind that there is no point on setting a specific time.

If your teen should be unable to contact you at that exact moment, you’re just giving yourself an unnecessary amount of worries so try to agree on catching up once a week, for example, and that they let you know if they should travel somewhere else.

It is quite normal for both volunteers and other organised trips to go off on a spontaneous adventure, after all, and as long as they let you know about this, you won’t have to worry.

You can plan the trip together

If your son or daughter has approached you with their idea but still needs to map out a proper plan, you have a lot of opportunities for influencing their trip a bit. They might need a helping hand, in any way, and a few words of wisdom from their parents have never hurt anyone.

Go through all the options they have in terms of a gap year and try to figure out which organization you feel like you can rely on as well as the country that intrigued your teenager the most. If you plan all of this together, there might even be an opportunity for you to come and visit them if they would like to stay abroad for more than just a couple of months so play your cards right and try to at least act as if you’re cool about all of this.

With your expert help, your son or daughter will be able to work out a proper travel plan as well as obtaining a flight reservation for visa if they need this as well. They will definitely want some help with getting that visa, in general, and working on this together with their parents will ensure that nothing goes wrong with their paperwork.

It makes it a lot easier for them to feel comfortable about their trip, first of all, and you can feel so much more at ease now that you’re able to have a chat with their host family.

Seeing your teenager heading off into that security area at the airport can be quite frightening for any parent. Remind yourself, however, that so many teenagers and young adults want to take a year or half a year off to explore the world and that this is a normal part of growing up.

Without it, they might not grow into becoming the responsible and well-rounded people they ought to be so just lean back, relax, and look forward to welcoming your teenager back home eventually.

Want to Win a Trip to San Diego?