I'm Streaming March Madness with my Galaxy S7 from AT&T 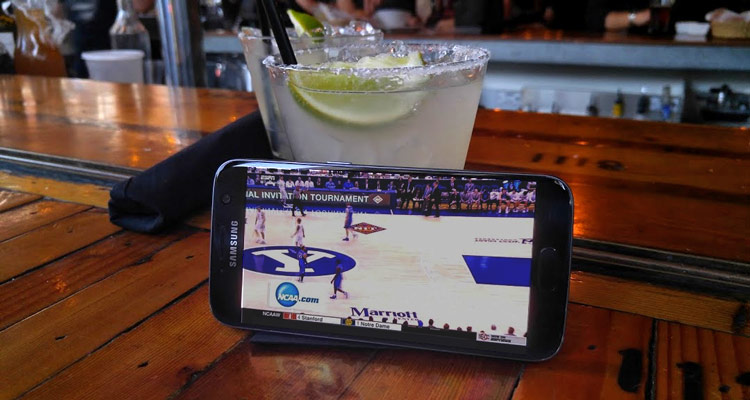 I LOVE mobile tech and when I got the opportunity to be among the first to play with the brand spanking new Galaxy S7, I jumped at the opportunity. Not only did I get the phone itself, but AT&T set it up with their DIRECTV App so I can watch all of my favorite games anywhere I go by streaming them live to my phone. With March Madness in full swing, now I'll never miss a game - no matter where I'm at. Plus, the phone itself is phenomenal combined with AT&T's fast, reliable network that's perfect for streaming the games ... but also downloading apps to keep up with scores, sharing photos, and posting smack talking posts on Facebook and Twitter.

There are lots of reviews of the Galaxy S7. It's a great phone and people a lot smarter than me all agree that it is the best phone out there currently. Even iPhone lovers are being forced to admit that Samsung is on top right now! From a practical perspective though, there are four features make this my "go to" phone if you are in the market for an upgrade ... 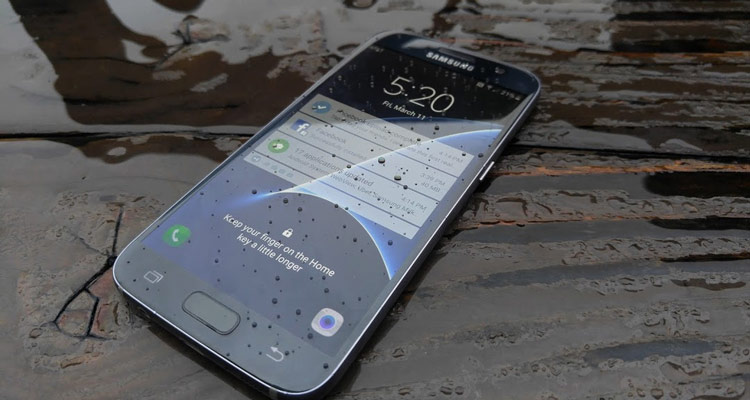 The Galaxy S7 is water resistant with a rating of IP68. For those of us who aren't engineers, that means that you'll be fine getting water splashed on it. Even quick dunks in the water aren't a death sentence anymore. I don't advise you to stream your favorite games while in the shower, but you can certainly bring it to the beach or out on the water - a little spray from the waves isn't going to hurt it. It should also survive your buddy knocking his beer over when he jumps up after his favorite team wins ...

Samsung makes the best screens out there hands down. This baby has a 5.1" Quad Super AMOLED screen with a  resolution of 2560 x 1440 for a pixel density of 557 ppi. To put that in comparison, your 50" 1080p HD screen at home only has a resolution of 1920 x 1080 and a pixel density of ~44 ppi! You want the best looking screen with the darkest blacks and brightest colors to watch the game on. Plus, unlike your TV at home, this one slips conveniently in your pocket so you can bring it with you on the train or watch while waiting for the valet. 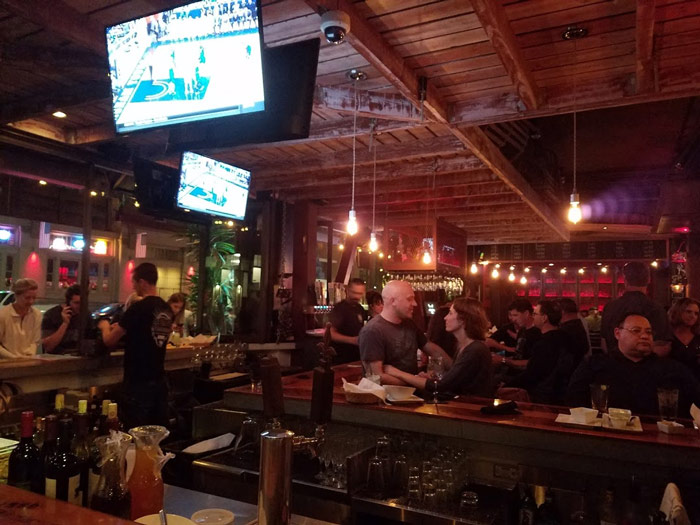 When you aren't watching the game on your phone, it's OK to head out to the bar and watch it on TV. While you are there enjoying a margarita, it's OK to snap a few photos. That's when you discover the impact of the Galaxy S7's low light abilities. Instead of chasing higher megapixels, the camera instead features a 12-megapixel rear camera and 5-megapixels on the front. What's amazing though is the f1.7 aperture. It allows approximately 25% more light to reach the sensor compared to the Galaxy S6, and has 1.4 micron pixels that are 56% brighter as well. To drive things home and cement it's position as the best smartphone camera PERIOD, it uses a dual photodiode pixel autofocus that is extremely fast and accurate. 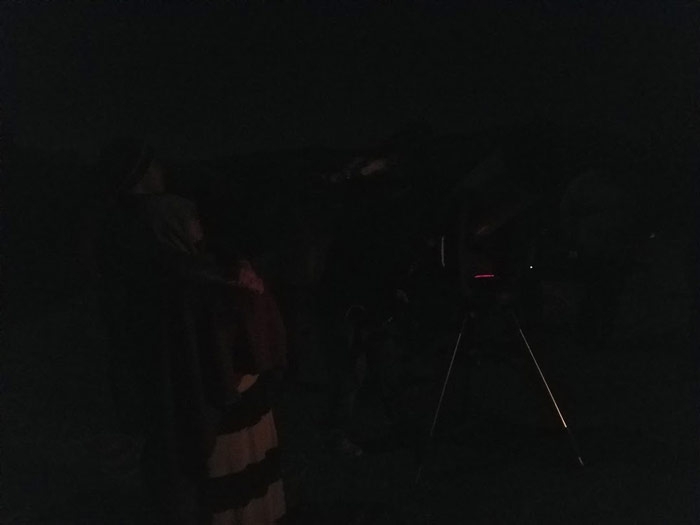 This photo is un-retouched, but you can clearly see shapes and colors

That isn't to say that the Galaxy S7 is perfect - certainly you are going to find examples where it fails. However, photo after photo that I have taken show extremely good histograms, accurate color reproduction, and few errors. This is true even in ridiculously tough situations like the photo above. While I was camping last week in Joshua Tree the ground was lit only by the light of a half moon. Where my other cameras couldn't even focus, my Galaxy S7 was able to capture faint color and shapes. When boosted with photo apps, you'd find there is actually quite a bit of detail you can't even see initially. 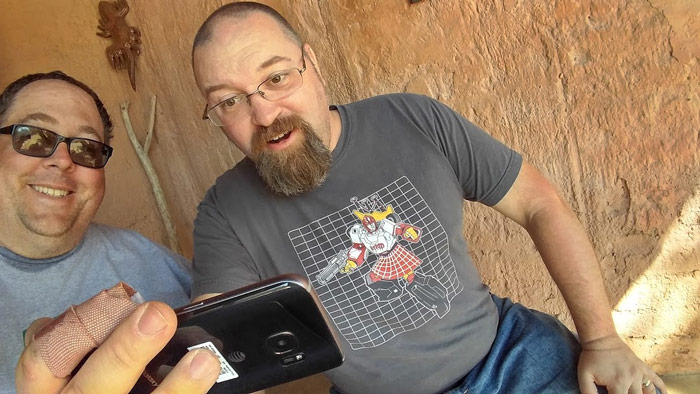 While all the other items above are true regardless of which carrier you use, only AT&T has the DIRECTV App. So last week, after we emerged from camping in the desert, I was the hero. The guys could finally catch up on basketball! Not only that, but I could access pretty much all of the live streaming channels ranging from local broadcast channels to ESPN and CNN but also HBO, Cinemax, and Showtime. 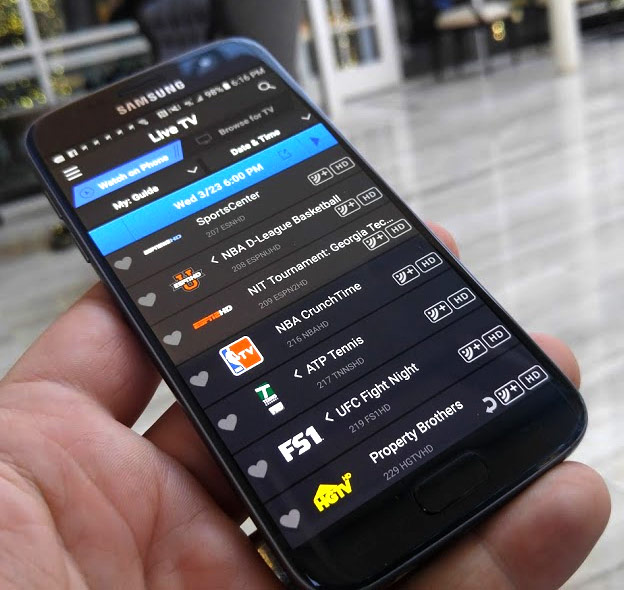 With the app installed on your phone and fully integrated with the Galaxy S7, you can stream content using a widget, app, voice commands and a quick remote. You can even control your TV back home or stream live TV any time simply by saying, "Hello Galaxy, open DIRECTV".

Of course, there are other features such as the always on notifications, a large battery, and extremely premium feel, so here's a video that shares more about those ...

While I got mine direct from the folks at AT&T, you can get yours super easy too. From now through April 6, 2016 you can enter for a chance to win a Samsung Galaxy S7 for free and for those of you don't want to wait, when you purchase one you'll get one free and up to $650 in credits! Even better is that this is available for new and existing customers, but make sure to check their official announcement for all the details.

Want more chances to win great Samsung devices from AT&T? Share how you're celebrating March Madness by using the #GameOn hashtag and you you might just win some cool stuff!