goTenna Might Be This Year's Must Have Technology Item 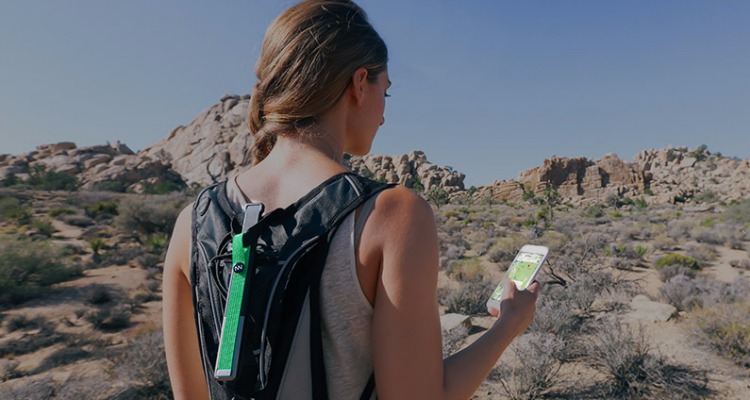 There's a lot of cool stuff coming out right now. Most falls into "fun and entertaining" or "bigger/smaller, faster, prettier" though and there aren't that many things that really stand out as being a game changer and something that everyone should have in their home. goTenna is one such item and I am thrilled to have been chosen to test it out earlier this month.

I'll be honest - when I first got the email about goTenna I was about to blow it off. When I actually started to think about what it is though, I realized that it is a complete game changer. This is especially true and as the technology evolves is something with the potential to re-democratize electronic communications.

How it works is that it creates a peer-to-peer data network with a range of about a mile in urban areas and up to four miles (depending on landscape) in the wilderness. This makes it a MUST HAVE if you travel places where you can't depend on your mobile phone. This includes outdoor sports such as skiing, hiking, kayaking, etc. In these situations, should you and your partner get separated just open the goTenna and you can locate each other on the map and plot a path to re-connect safely. 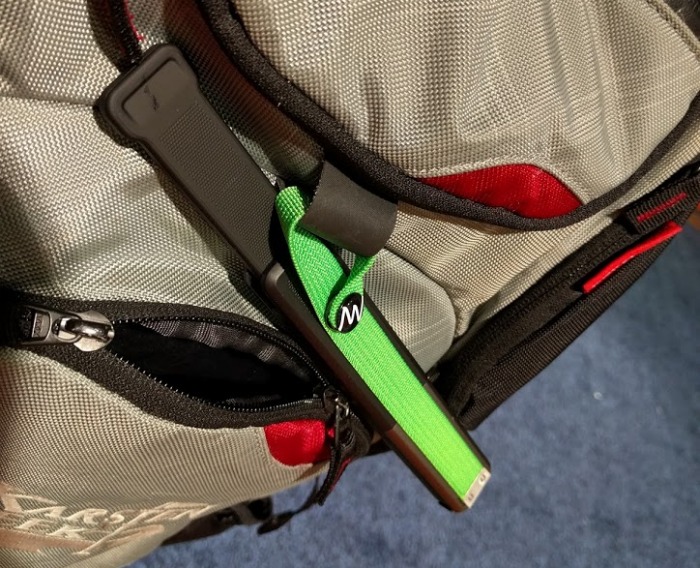 At CES earlier this week the opposite is true in a sort of weird technological paradox. While there was coverage, with 170,000+ people crammed into convention halls, no mobile network could possibly be 100% stable. However, I was able to chat with Daniel from Consumer Queen as we tag-teamed attending different meetings. Plus, instead of asking "what booth are you at?" I could simply look on the map and see generally where he was. 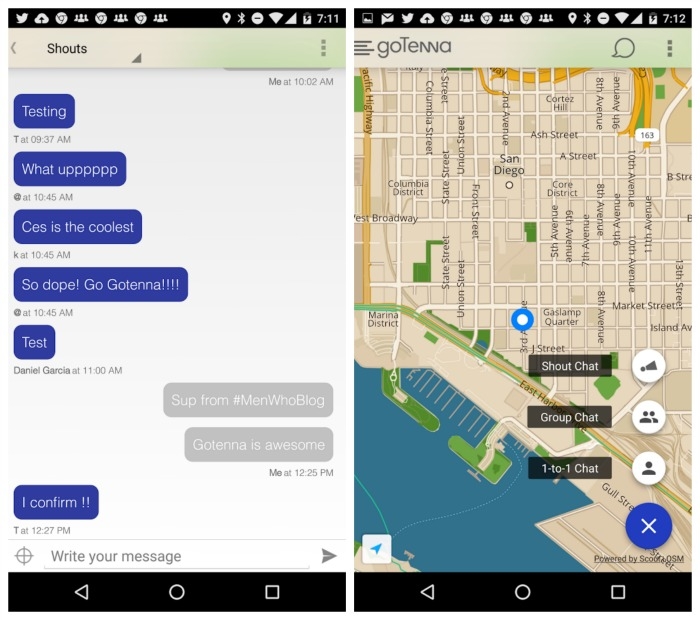 During this time, I also experienced the "shout" feature. This is like the party-lines we grew up with, where everyone is talking in a shared stream. You can text messages of up to 160 characters with an individual friend, or with a group. While goTenna's technology could support other forms of communication, they want to keep the devices light, long lasting, and affordable so we're happy with this right now.

The genius of goTenna is that it does this completely without connecting to the Internet (once you've finished initial configuration and downloading maps).

So, that got me thinking of other uses for goTenna ...

Right now this is just a "nice to have" but what about in times of strife such as a natural disaster, riot, or even a situation where the government decides to turn off the Internet or cell networks? If you think the later is something that's only applicable to "those people over there" then you are wrong. In 2011, San Francisco's BART (subway) admitted to halting cell service to stop protests.

I'm not here to start a militant movement - only to suggest that there are many many reasons why this technology is a mind blowing game changer.

At only $199 for a pair of goTennas and payment plans as low as $18/month this is something that everyone should have in their emergency supply kit. Plus, you guys that do outdoor sports where cell coverage is spotty at best should definitely have this in your packs too.

As more units get out there and the technology evolves into a true mesh network, the possibilities are endless.