Ideas for A Next Level Guys Night In 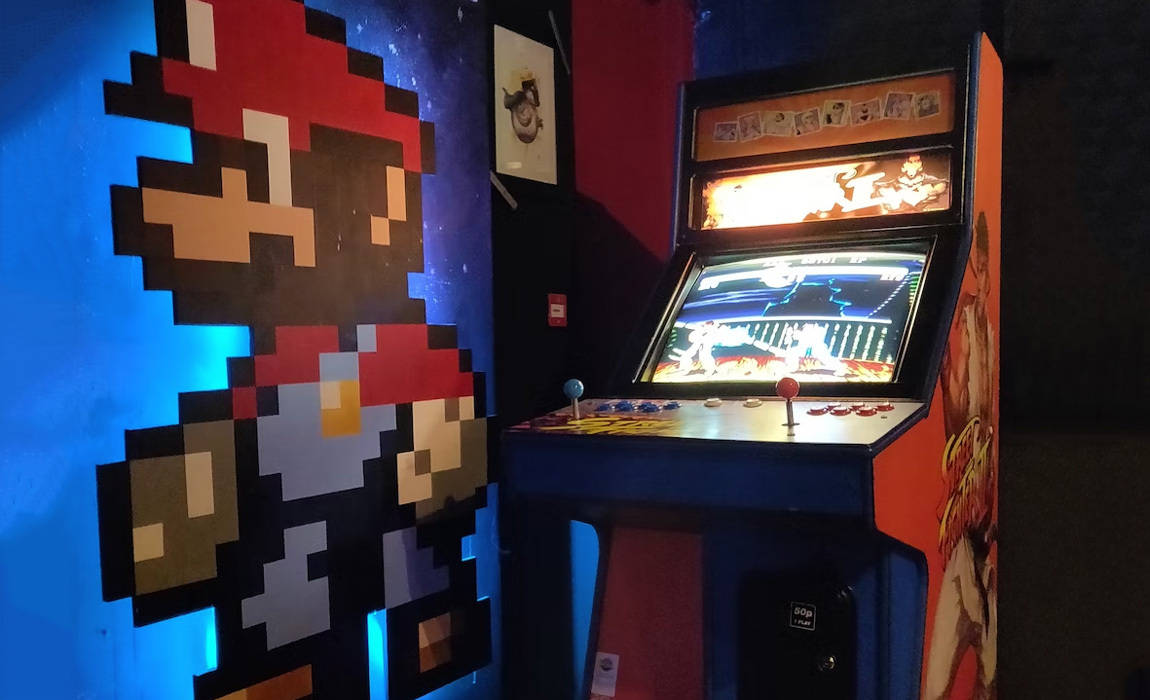 Is your guys night in turning boring? That's not uncommon since men are often creatures of habit and classic ideas such as just hanging out watching a movie or playing video games while drinking beers at home tends to be the go-to idea that we need to take to the next level. Don't worry, I'm not talking about spending some crazy cash, doing anything that could get you in trouble or take tons of time setting up. Instead, we're going to talk about some ways that you can take your next guys night in and turn it into an awesome memorable experience.

You may have thought about simply hanging out on the couch with the guys and watching something random on TV but let's turn things up to 11 ...

Let's face it. At this point you and your friends probably have seen your favorite movies several times so putting something up on the TV or projection screen to watch isn't about listening to every piece of dialogue. So, take it to the next level by hosting a movie night featuring Top Gun where everyone comes dressed up for the occasion. You know you'll have fun watching the movie ... but you'll certainly remember the night laughing at your buddy rocking a fake mustache in honor of Goose.

You'll be drinking something, so why not make it an experience to remember? While you probably have your favorite beer or spirits, that's fine but now you can share with the rest of the guys and do a tasting during your next guys night in.

The key here is setting the rules to guide what each guy brings in. For instance, if your group loves whiskey - then each guy should bring a that he loves from a different country. For instance, you might have one guy bring a bottle of NED Green Sash, which is said to be the best Australian whisky, while another brings a bottle from South Africa, Thailand, India, or Japan.

You can do the same with beer and wine as well if that's more appealing to your group.

To take things even further - you should contact our friend Tom from BourbonBlog.com so he can do a virtual whiskey tasting for your group.

Sure, you could sit at home and play Xbox during your guys night in but what fun is that? Instead, you can consider renting an arcade game or even pooling your money to buy one for an awesome birthday present for the host.

Just imagine how much fun it will be to turn the music up loud and pound those buttons as you recall memories from days gone by!

Food Tasting From Around The World

This can be done in a few different ways - for instance following the pattern set by the drinks above where instead of just bringing wine from Italy you also bring some Italian food to share. Or it can be more exotic than that where you try a completely new cuisine and have it delivered or one of the guys can pick it up on the way over.

I'm sure those of you with basketball hoops have had pickup games with the guys but that can be challenging on a guys night unless you have lights available. Instead though, let's do a Putting Challenge!

Putting greens can be purchased very cheaply (often starting at under $50) and this gives your group a chance to experience the thrill of competition with something that can be done easily indoors. Even if you don't purchase an actual putting green ... make your own course by taking a cup or two and grab your putter and golf ball.

Maybe you can make it even more exciting by betting on who will win or make the winner host next month's guys night in!