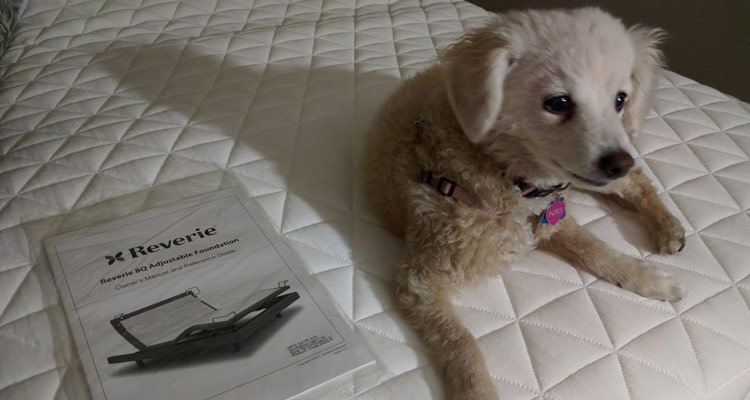 Over the next few months, I'm going to be talking a bunch about my new bed that Reverie sent me. As you guys know, a bed is pretty important - even if we don't think about it that much. About two years ago I moved to San Diego and left my old bed in Chicago. At the time we were planning to just buy a cheap "bed in a box" foam mattress that would last us a few months till we saved enough to buy the "right one". Unfortunately, that day never came and we got to see the dark side of cheap foam mattresses. As of a few days ago though I got a huge upgrade when Reverie installed our new bed with their awesome Dream Supreme Sleep System.

I've never been so excited about a bed before. Not only does the 8Q adjustable base adjust so you can sit up in bed or pretend you are an astronaut with the "zero g" setting, but it also has a built in massage function, nightlight, Bluetooth connectivity, and USB charging ports for my phone.

What's really special about the Dream Supreme Sleep System though is the mattress. I've had coil spring mattresses and I had that foam mattress just before this experience. While those two different technologies have their strengths and weaknesses, the biggest weakness that both of them have is that you're stuck with the mattress that you buy.

Realistically though, things change - women can get pregnant, we can have injuries, gain weight, lose weight, or just decide we like to sleep differently. Typically when that happens, you are left with a bed that no longer fits your lifestyle. The thing I love most about the Reverie mattress though is that it has a series of "foam springs" that can be adjusted.

In fact, our first interaction with Reverie was a call from their Sleep Concierge as he interviewed us to find out how we slept and what we liked. This allowed him to set an initial configuration for the bed. 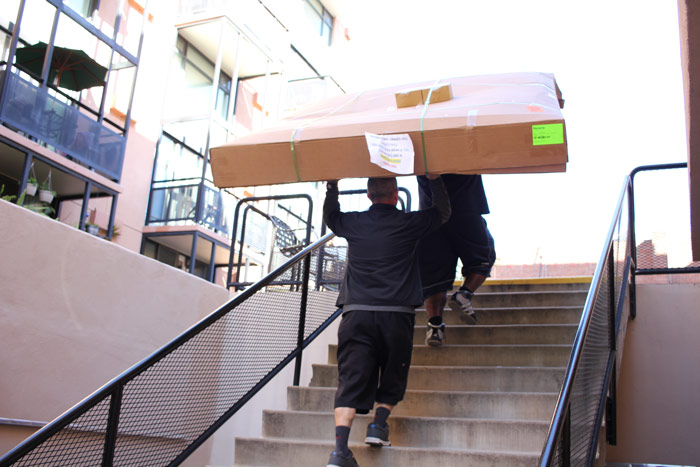 Since each bed is manufactured custom for each customer, it took a few weeks to deliver. This is one drawback to the experience vs buying a bed at a mattress store, but realistically this is common for high-end beds like this one. As they say, nothing great every comes quickly. 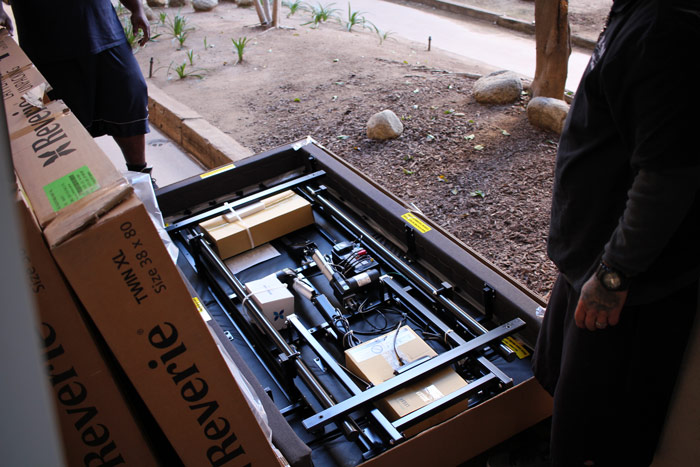 The bed we picked was a single King mattress - though you can get a split king. We chose this because while the concept of being able to move the bed up and down independent of each other was appealing, we were afraid of "falling in the crack" in the middle of a split mattress. I'm not sure if that would have been an issue but for our first "fancy bed" we decided to stick with what we knew :)

However, no matter if you do a split or a full sized king, they will configure each side individually and the base comes as to separate units that are united during installation. 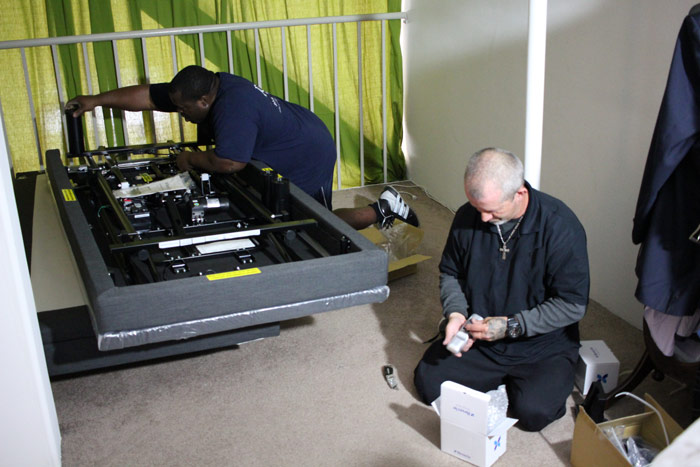 During installation, the guys set the legs per our preferred height. I was a little nervous about the bed fitting but it worked in the same space as our previous king frame. Despite being able to go up and down it didn't take up any additional space. This is a good thing, because as you can see we have a VERY tight space to install it into :) 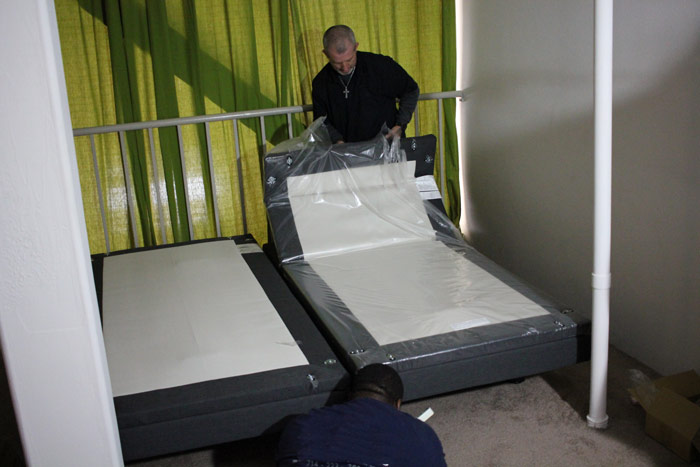 As you can see, even though we have a single king mattress on top, the base units are complete separate. However, they configured it so that the remote controls both sides and works in unison to go up and down. 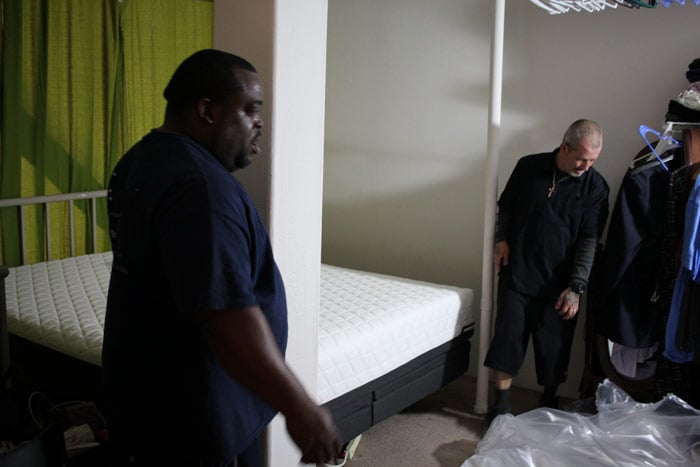 With everything installed, it was time to take a spin on our new bed ... 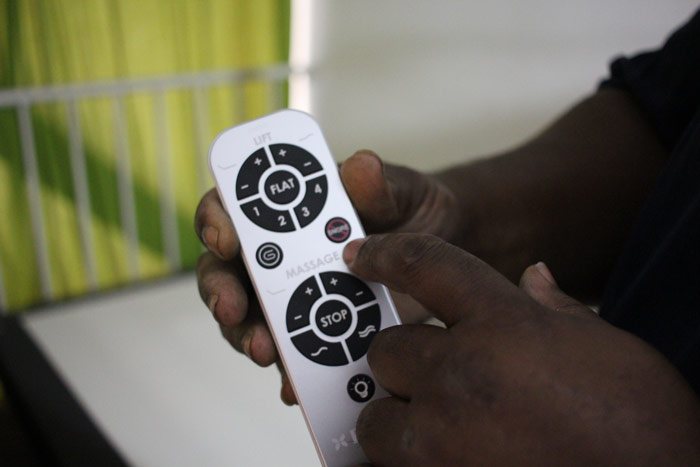 I've never had a bed with a remote before, so this was pretty cool to play with. The installer showed all the different functions including the pre-sets for "anti-snore" mode and "zero-g" before leaving.

So, How Was the First Night?

At this point, I was pretty excited - I've never slept on a $7,000+ bed before and I think I had some pretty crazy expectations that it would be the best thing ever. Honestly, it wasn't.

But that's not unusual. We had told the Sleep Concierge what we thought we wanted and while generally accurate, any new bed has a period of adjustment. For instance - while I generally do prefer firm and Heather prefers medium / soft, we had both been sleeping in a VERY SOFT cheap memory foam mattress for the past several months. As a result, it will take our bodies some time to adjust.

I can say that while it is "foam" that Latex Foam is not the same as Memory Foam.

This is actually a really good thing since two of the things we HATED about our previous mattress was that it was hot and we just sank into it. This was somewhat comfortable initially ... but it made things like rolling over and kissing goodnight (much less other activities) that much harder to do since you felt as though you were fighting against the mattress to move even an inch.

Reverie offers a 101 Night Risk Free Trial, so we'll be continuing to chronicle our experience over the next three months. I can tell you already though, that last night was better than the first night ... stay tuned for my next post when I'll share more!