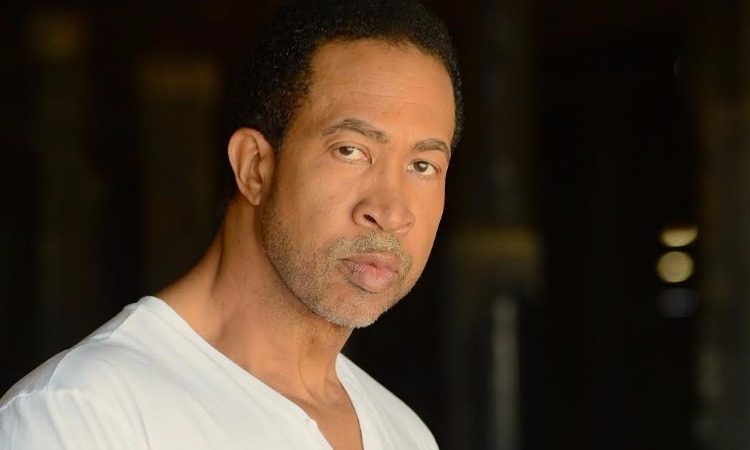 For many of us, John Marshall Jones is living a life that we can only dream of. Not only has he been a successful movie and TV star but now he's going to be staring in one of the top video games of the year - Call of Duty Infinite Warfare, which is due out on November 11 - as Amiral Raines.

Among his other credits are more than 100 TV show appearances including roles on "The Mentalist" "Hart of Dixie" "Shameless" "Glee" and "Pretty Little Liars" and he's also going to be in the upcoming film, "Paint It Black".

How is acting in video games different than TV and Film?

Video game acting asks everything of you that traditional acting does but you do it in a space suit. I wish you could see it. Imagine full scuba gear with a very bright light, a camera and two microphones right in your face. Trust me, it takes a minute to get used to. Also, you have to use your imagination much more because your environment is an empty warehouse with 200 cameras mounted around the ceiling. The doors and desks are taped off on the floor like a crime scene so you have to pretend. Everything else is done with this super high tech animation. To remember what we shot and then see it on screen...it's trippy.

Which do you prefer and why?

The video game production format is the future of movies. With that set up you can be anywhere, anytime. There are no limits. For that reason I prefer video games. Call of Duty takes some enormous chances. It's the cutting edge. Wait till you try the in space 'Zero G' dog fight. Mind Blowing!!

I prefer PlayStation 4. It gives me access to all the latest games plus allows me internet access thru my TV. If I have a big comfortable leather chair and a PS4 and I'm good for a week solid!

Seeing that technology has changed so much for video games, did you ever imagine that games like the Call of Duty series would ever be a worldwide phenomenon?

It's funny. Years ago, 1995, when I was in Thailand I walked past a shop that had 100 brand new Singer sewing machines circa 1950. Still in plastic wrap. It was weird. I mean, why didn't they have the latest sewing machines? These were 40 years old and they were BRAND NEW!! 100 of them!! That's when I realized that the third world was created to have someone to sell our old stuff to. When we create a new car or a new sewing machine, the old one is still sitting on a lot or in a warehouse somewhere. Once America decides something's "hot", the whole world wants one. So no, I didn't imagine it at first, but I'm definitely not surprised.

If you were planning a guys weekend with your buddies, where are you going and who's coming with you?

What's the most awesome place you've ever traveled to?

Rio de Janeiro was the wildest 5 days of my life. After that trip I promised myself that any relationship that doesn't include me going to Rio three times a year probably isn't going to last.

Thanks John! For more about John Marshal Jones, please visit his website.

How to Wrap Your Dinosaur