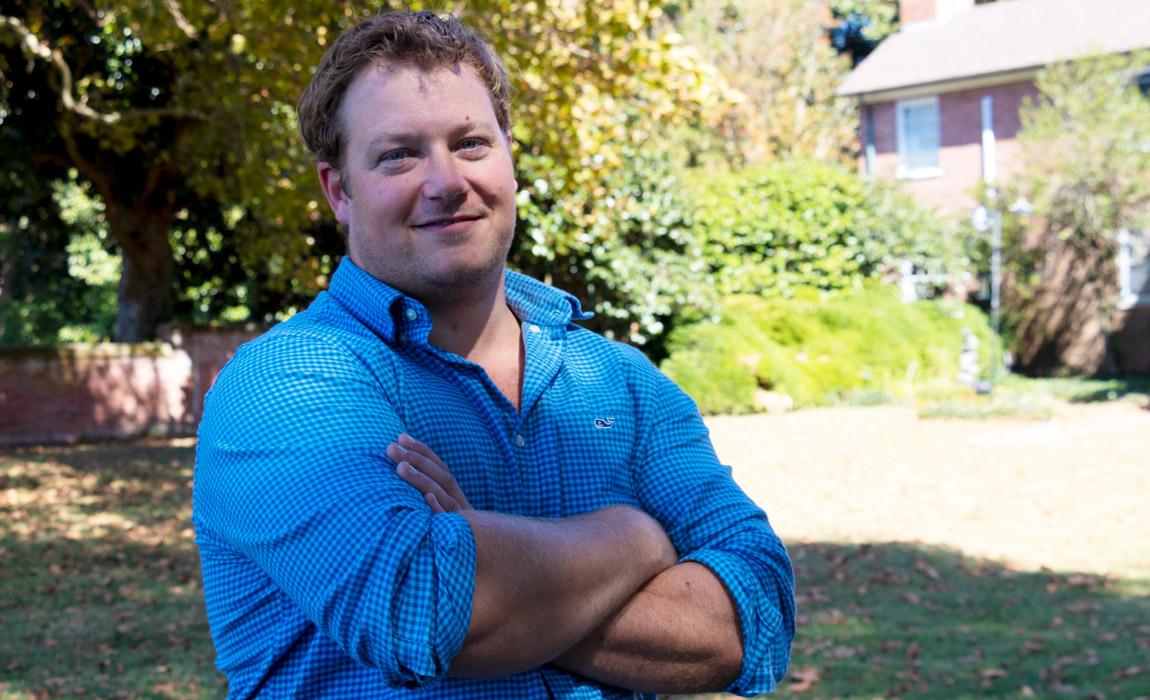 While Valentine's Day is coming up this week, this really should be something that we think about all-year-round. Being a better husband doesn't mean you're not a great one already ... but we can always be better. This passion for improvement and innovation is the first lesson I learned about being a better husband during the time I spent with the folks at Perdue Farms last fall and I've learned a lot more since then too. Let's take a look at some of the lessons that men can learn by following in the footsteps of Perdue Farms!

Most people don't get the opportunity to meet the sons of a great man who changed an industry through innovation. Even fewer get to meet the sons who have the same drive and passion that their father and grandfather did to continue improving on an idea decades later. Luckily I did and I was so impressed by with Perdue Farms today that I strongly support them with a genuine passion that goes well beyond the money and product that they provide me with each month. These guys get it and now we can too! 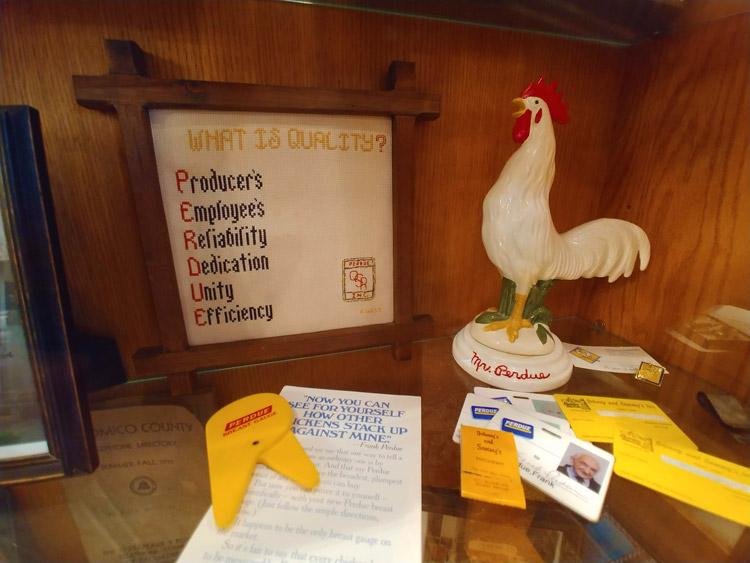 Decades ago, Frank Perdue had a great idea of developing and marketing chickens as a premium product. At the time it was quirky things like feeding the chickens marigold flowers to give their skin a more yellow hue. Behind the scenes though, it was other factors that made Perdue chicken the best in the industry. Poultry farming everywhere has gotten better since then and aside from local and regional brands, there's really not a premium chicken for guys who want something better than what's on the grocery shelf. After all ... it's just chicken. Right? Wrong!

It's what's inside that matters. There are cheap ways to raise chickens but then there's the right way to do it including more premium feed, better conditions in the chicken houses, the right people raising the flock, and attention to detail at all points in the process by people who know that it's more than just an animal ... it's food for hard-working American families. The choices that Perdue makes might cost a bit more than cutting corners. However, just like your relationship with your wife - cutting corners might work a few times but it won't last forever!

Instead, Perdue Farms, like a good husband, is constantly seeking opportunities to improve and innovate. You'll get a few strikes here and there with failed attempts to do the right thing but ultimately you'll be rewarded with a faithful and loyal family that trusts you. 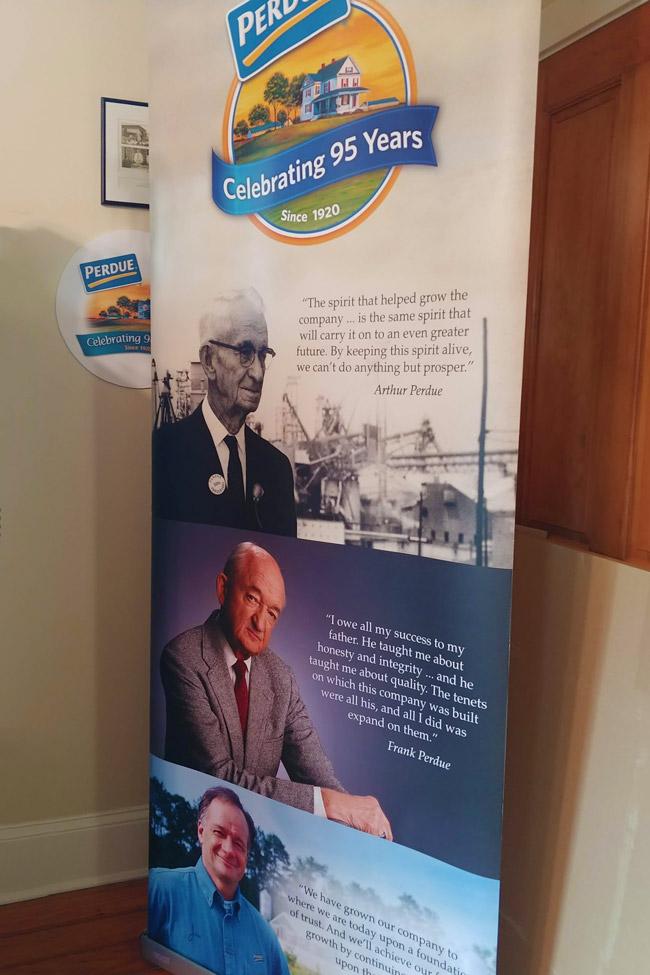 It's About Family, Not Just One Man

It would be easy to simply look at Arthur or Frank Perdue as the men who created an empire that we enjoy the fruit of today. However, it's not just one man and even today while it is a family-run organization, it's not just about one man either. Instead, it was clear that the company's success is due in part to the fact that all aspects of the family are aligned towards a common goal. I'm sure they have squabbles behind the scenes after we left the room but that's like every family I've ever been a part of! However when it came to the important stuff like sustainability, animal care, and the importance of producing America's best meat they were all on the same page towards a common goal.

In the case of Perdue Farms, the leadership has extended their family to embrace blogs like mine as well as dozens of others around the country including my friends at 2 Dads With Baggage, Guys Gab, and Mason Fit. To help share their brand directly to consumers instead of just blanketing the Internet with impersonal ads. 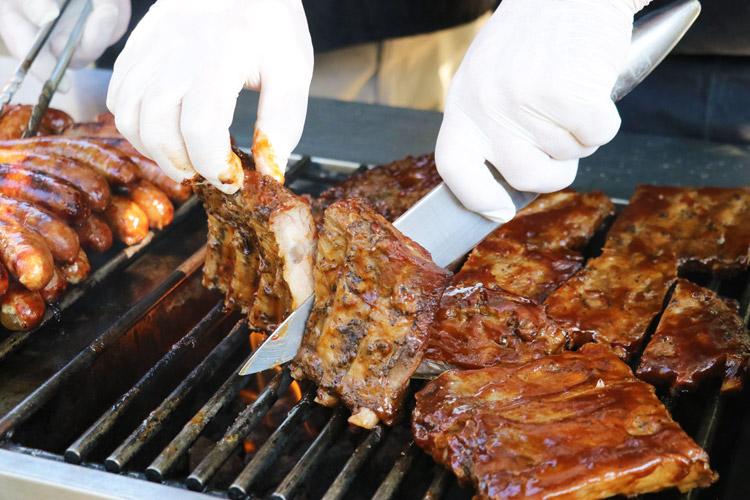 Don't Be Afraid To Try Something New

Good husbands know what works for their families ... but they also know that to keep things fresh they need to try something new occasionally too. There are tons of innovative little things that Perdue Farms is doing in terms of animal care, feed, and processing but the biggest right now is the Perdue Farms direct to consumer delivery service that they launched this year. While some of you live in areas where Perdue Farms products are common on store shelves - for most of us that isn't the case.

Today you can buy products such as diced chicken breasts, cheddar beer brats, ready-to-heat and eat ribs, shredded bbq beef, even ribeye steaks that arrive frozen and ready to cook. Some items such as the sausages and shredded bbq beef are perfect for putting in the microwave for an easy dinner but others such as the bacon-wrapped pork loins make it easy for guys to keep something in reserve rather than having to worry about shopping for the right thing. Simply defrost and cook it up with some potatoes and serve with your wife's favorite wine. You'll be a hero, trust me! 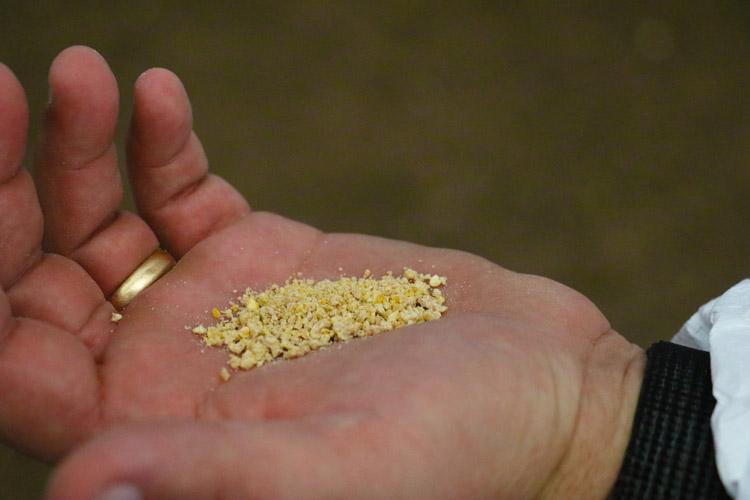 Caring For Where You Live Is Critical

As all good husbands know, taking care of your home, your yard, your community, and serving your country is critical for success. That's not saying you need to be the mayor or even serve in the military. What it does mean is having the awareness that the things around you support your success in life. With Perdue Farms they (as all farmers are) are extremely connected to nature and the lives that depend on the land they control. However, it goes a step further than that too.

For instance, across the board, Perdue Farms is investing in improvements related to water quality, reducing waste, and using innovative packaging to reduce your waste too.

That's not saying that they are the most green company out there but I'm impressed with the sacrifices that they are making to create a better, more sustainable product ... even if that means it is a significantly higher cost compared to competitors.

This goes all the way down to making sure the food they feed the chickens is actually safe for human consumption too. That's not to say you should switch from burgers and wings to Perdue chicken feed ... but you could and that's the point. You are what you eat and caring for your community starts at the dinner table. 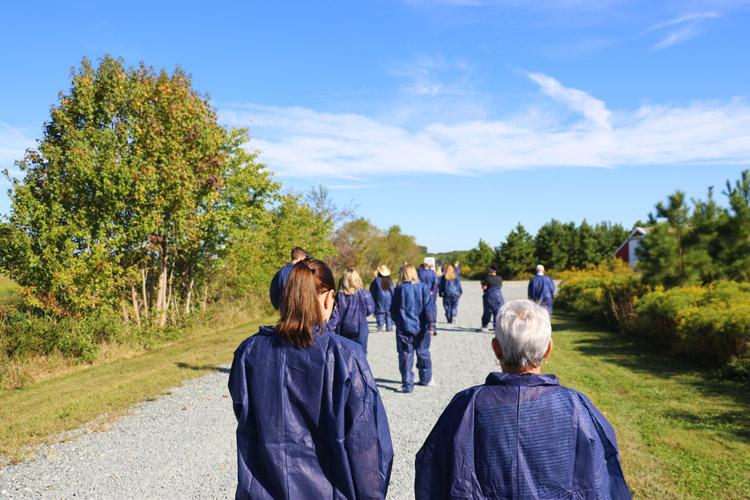 Sharing What You Do Right With Others Helps Improve Everyone

There's a thin line between being a braggart and taking credit for the good works you do. Men are taught to avoid being boastful but I believe that it's important for a good husband to take credit for the good stuff he does for home, family and community. The same can be said for Perdue Farms as well and I respect the way they do it. While many companies today are chasing PR clips and adulation in the media for being green or supporting the charities du jour. Perdue Farms quietly made donations on behalf of each member of the ambassador team. Charities that were supported included environmental organizations as well as ones that are often overlooked such as the FFA (Future Farmers of America).

The company is doing a lot of good work organizationally but it is also working hard to lead in the industry with regards to animal care, labor, scientific farming, feed, etc too. This is more than just showing off. Instead, it's a genuine effort to improve the industry by starting at home to ensure that the family farmers raising their animals can walk the same path and have the same mindset that the heads of the company do.

This is just like how a good husband leads by example and helps others around them improve also. 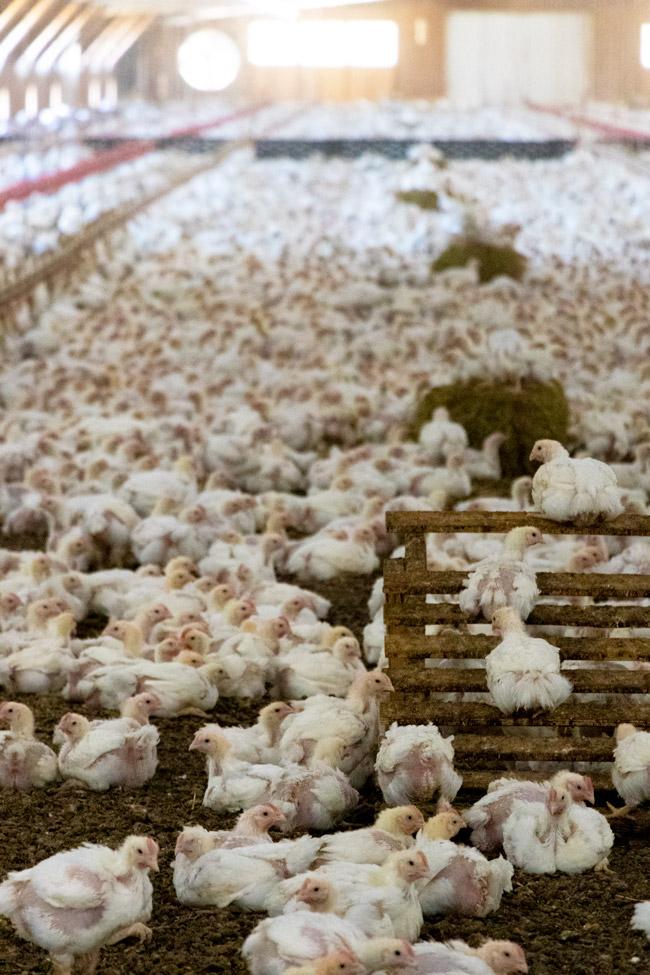 Don't Hide From Citicism, Embrace Adversity, and Tell Your Story

Looks can be deceiving and that leads to wrong assumptions. When I first saw this scene and took the photo I didn't know what I was looking at. To me, it looked exactly like what others told me it was - "those poor chickens". What I learned through time spent with the folks at Perdue Farms (and since then by friends that raise their own chickens at home) was that these are adolescent chickens that are completely healthy ... they just look awkward while transitioning to adulthood (just like us). Plus, chickens naturally huddle together for warmth and safety. Furthermore, Perdue's chicken houses provide tons of natural light, space for chickens to hide when being picked on and spaces to perch above the crowd. I would never have known the positive if Perdue hadn't stood up and told us their story.

While most husbands and fathers don't face the level of adversity, criticism, and challenges as an organization as Perdue Farms does, each of us will periodically face challenges while doing something other people disagree with. In the case of Perdue Farms they are one of the key players in the poultry industry under constant scrutiny. Unfortunately, that makes them a target of animal rights activists and other well-meaning organizations also trying to improve their communities.

Disagreements can be had but I love the fact that Perdue Farms has the confidence to stand up for what they are doing. That includes inviting others to tour their farms, talk with their executives, and tell their story.

As a husband - and a man in general today. All of us are under attack by those that see masculinity through a lens that is not accurate for the majority of us.

Instead of stepping back, putting up walls, and pretending the criticism doesn't exist ... it's time for us to make sure we have a good story and then go out and share it! 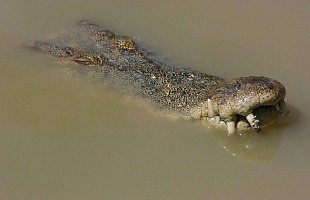 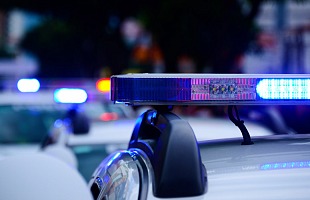 What Evidence Matters Most If You Are Accused of a Crime

What Evidence Matters Most If You Are Accused of a Crime 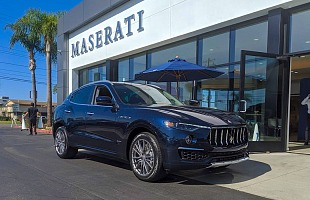 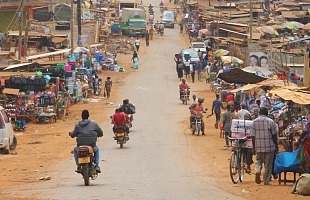