Tactics and Gear - An Introduction Guide to Wild Boar Hunting

Tactics and Gear - An Introduction Guide to Wild Boar Hunting 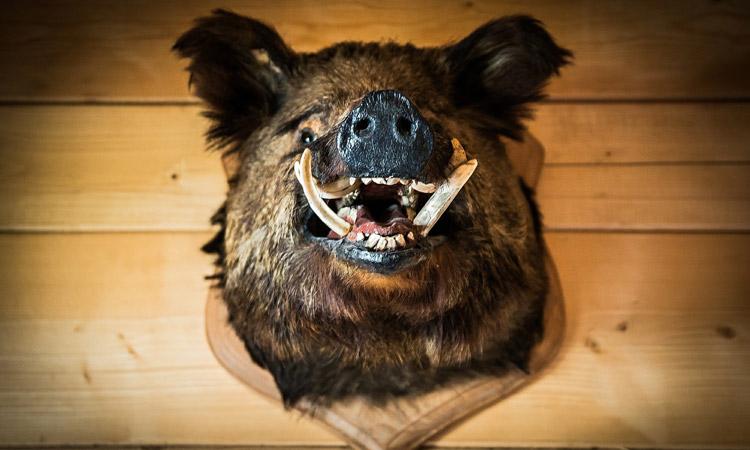 It’s so hard waiting for deer season once you’ve got the itch to hunt. Sure, you can extend your window of opportunity by picking up a bow or being lucky enough to live in state with a late-season tag available. But for most of us rifle hunters, the deer season comes and goes pretty quickly.

But what if I told there is a large game animal present across a wide swath of the entire United States that you can hunt almost year-round wherever you are? Well, there is such an animal, and because invasive, in most places there are no bag limits or season start- and end-dates.

I’m talking about wild boar. These animals can range up to 1,000 pounds — remember the tales of Hogzilla a few years back? They’re a real challenge to hunt, and because wild boar are so destructive to native habitat and species, you’ll be doing your local wildlife and the environment a favor in the process. 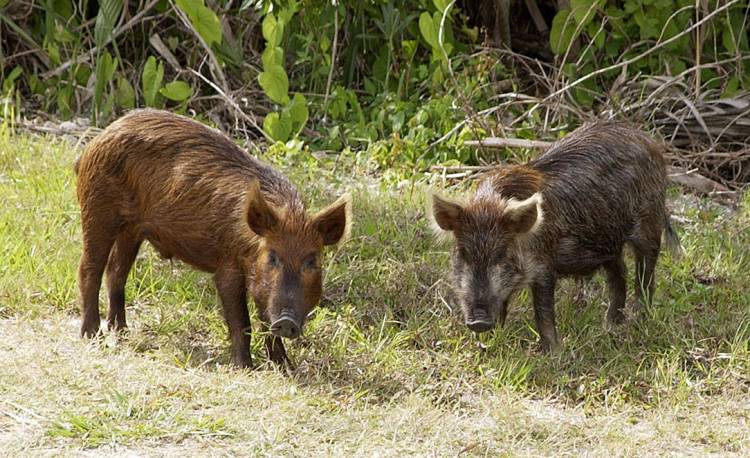 But what does it really take to hunt wild boar? Where can you find them, what do you need to take with you, and how can you close the gap and get an ethical shot on a big sow or hog? Though I’ve hunted everything from deer to turkey and quail, I’ve never gone out for wild boar. But a good friend of mine, Eric Foster, a resident of Fresno, California, and a lifelong hunter, sat down with me to give some tips from his hog-hunting experience. We’ll look at some typical hunting tactics for these animals, and see if we can’t get you on your way to your first wild pig hunt.

Hogs and Boar are an Environmental Hazard

Wild boar are adaptable animals, and are spreading across the United States like wildfire. They can be found up and down the West Coast from Oregon to California, across every Southern state, some Northern interior states, and up parts of the Eastern Seaboard as well.

Their numbers are exploding, they’re not native to North America — they come from the Old World, and were imported from populations brought by early European explorers and settlers — they’re feral, and frankly, you’re doing everyone a favor when you decide to hunt them. 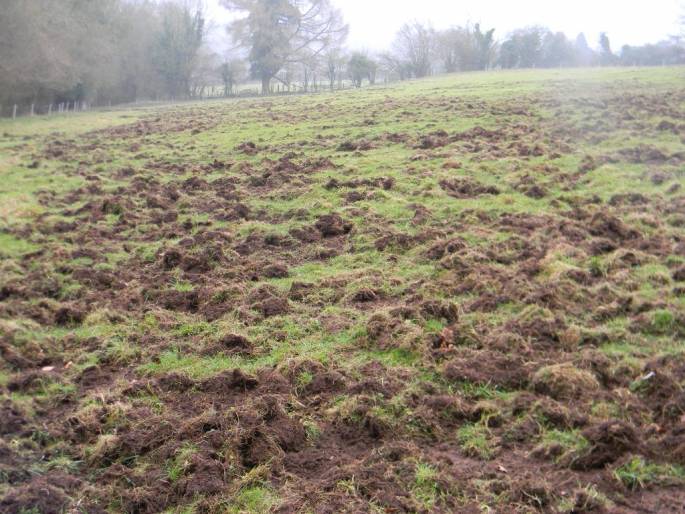 Finding them is another matter. It depends on where you plan to hunt, what time of year it is, and the specific environment you’re in, so you’ll have to do some research for your local conditions. Where we are in California, however, wild boar are mostly found near the coast, and most often on private land.

“Probably upwards of 85 percent of wild pigs are going to be on private land,” Eric told me. “Public-land pigs and pigs in general are typically going to be found anywhere from about 500 to 2,500 feet in elevation.”

Eric has hunted boar both on public and private land in California both with pig tags and depredation permits — more on those later — though he’s only had success on private land.

Though it isn’t legal in California, in many other states you can bait wild boar, and even trap them. Check your local laws, of course, before you make a mistake, however, as covering all of the various regulations across the United States is well outside the scope of this article.

Once you’re in the ballpark in terms of location, you need to be able to look for boar sign. This includes boar tracks, which are rounder and fatter than deer tracks, though otherwise somewhat similar, boar droppings, and signs of rooting. You also need to locate water sources and game trails. 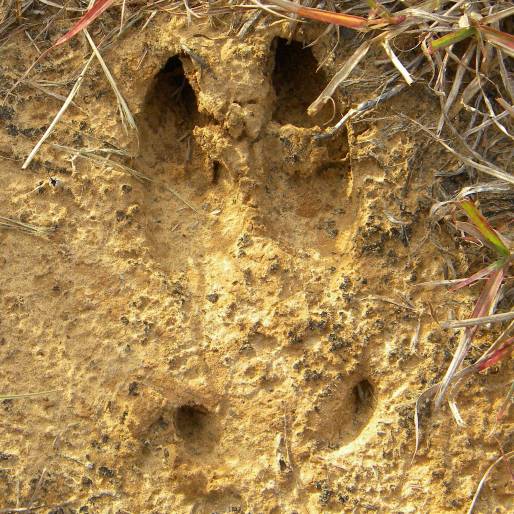 “About the only place you're really going to find wild boar on their feet is next to water,” Eric said. “They do wallow, and everything needs to drink. They’ll typically find a cooler spot, especially in the summer heat.”

If you do see sign and game trails, look for those that run straight up a hill, Eric recommended.

“They’ll go straight up a hill,” he said. “Most dear and everything else will quarter a hill, and then cut back, whereas pigs will just beeline straight up.”

Wild pigs can be wily, and Eric noted that they won’t stick around if there’s much hunting pressure. This is partly why they’re found on private land so much more frequently in California. Once the word gets out that there are wild boar on public land, because they can be hunted year-round, hunting pressure shoots up.

Once that happens, wild pigs will change their habits and only get out of bed at night. They eat almost anything they can find, Eric noted, though in the wild in California they’re favorites are rooting for acorns or wild oats. They’ll eat bird seed people have left out, and he’s even seen them turn cannibalistic.

“Wild pigs won’t stick around if there’s much hunting pressure,” he said. “Most of the time, but not all the time, wild pigs are 100 percent nocturnal, especially in the summer heat. Believe it or not, they're pretty fast little critters. They can adapt well and they can move.” 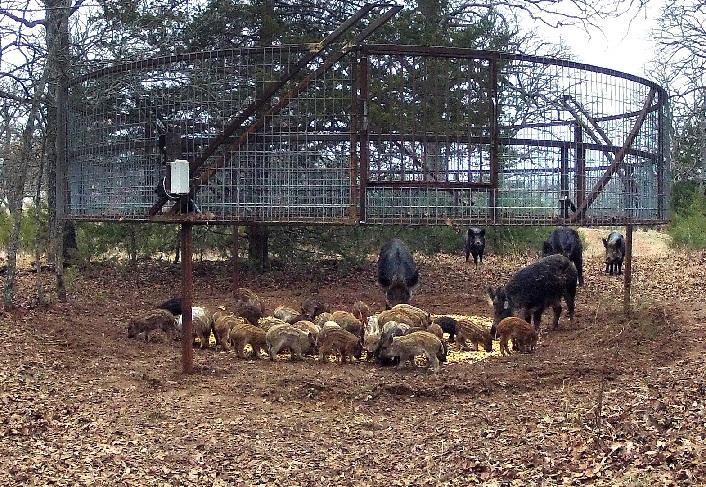 As such, it can be very challenging to hunt wild boar anywhere they’ve gone nocturnal. In other states, hunters will set up bait, traps, or even flood lights and night vision setups to catch pigs out at night, where it’s legal.

Eric has hunted wild boar at night in California on a depredation permit, which means the state has allowed him to hunt without a pig tag to alleviate damage the invasive species is causing to the environment and private property.

If you’re confined to using a firearm or bow, you’ll have to get close enough to your target for the shot. In terms of how to hunt them, the biggest issue is their nose.

“Their eyesight isn't the greatest, but they're nose is amazing,” Eric said. “They're low profile so they can get into tighter stuff, whereas a deer — especially during the time of year where they have velvet on their antlers won’t want to touch anything because it's going to hurt.”

Wild pigs will move into some pretty dense cover, he added, and they’ll bed down where it’s almost impossible to find them during the day.

Under a depredation permit, Eric has often hunted wild pig under a full moon. In that scenario, he posts up where he knows pigs are going to be, and waited for the opportunity to draw and shoot.

Otherwise, a pig hunt can be extremely challenging. Eric’s crawled on hands and knees down some pig trails so tight he couldn’t turn around, he told me. The reality is, because they’re so agile, wily, and adaptable, it can be very challenging to even find wild boar, especially on public land … though it isn’t impossible.

“I always buy a pig tag because if I decided to hunt deer at a lower elevation or near the coast, there’s a good chance I might see one and take the opportunity,” Eric said. “But at least in California, most of the time you're either going to have to know the right person or pay the right price.” 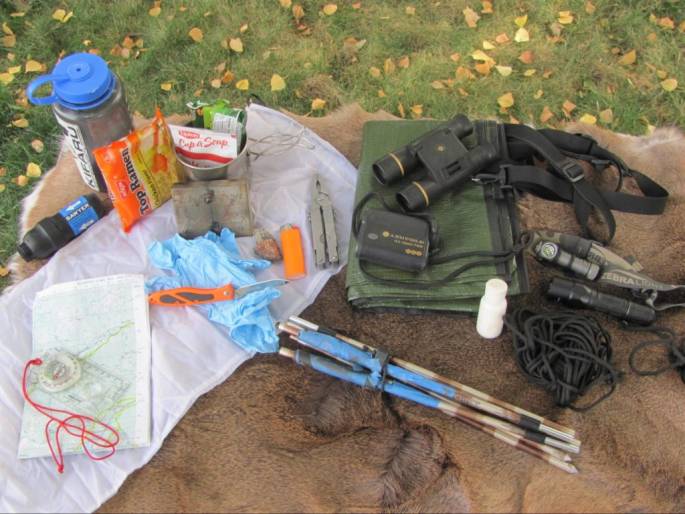 Some of the PewPewTactical.com Recommended Hunting Gear

Mostly, your pig hunt loadout will be similar to what you’d take for deer. First, you’ll need to decide on a weapon for legal take in your area, which can be anything from a bow to a rifle or even a handgun, depending on where you are.

Most deer rifle calibers work fine for boar, and .223s will take down just about any pig, Eric noted, though he prefers a headshot with the smaller calibers because you’ll save a lot more meat that way.

“I have taken one with a handgun,” Eric noted. “But he was charging me. He was underneath some cover and we were trying to decide if he was wounded. We saw him breathing and blinking, so I stepped out from behind a tree at about 3 yards, and in the blink of an eye, he had backed out and was coming at me.

“He had about 2-inch cutters on each side and I had a .357,” Eric continued. “I knew that I had a pond behind me, so that's where I headed. With the adrenaline rush, I missed my first shot. I clipped him on the second shot, and by the third shot, I was in the pond. He was looking down on me, so I just put it right in between his eyes and he rolled into the pond with me. I’d never had my heart race that hard."

Though he can’t take a sidearm with him when he’s out bow hunting, Eric always carries a pistol when he’s out on a rifle hunt looking for wild pigs.

Otherwise, Eric carries a processing kit, rope, binoculars — a spotting scope may be useful in some areas, but generally isn’t useful for pig hunting, at least in California — game bags, and other common gear you’d take with you to hunt deer.

“I do get scent-free, because like I said, their noses are really good,” Eric noted. “I spray down with scent cover, especially if I'm spot-and-stalking.”

“All the pigs that I've shot, I've thoroughly enjoyed,” Eric said. “You do have to cook it a little more for the fear trichinosis, but I’ve never had a bad pig. As long as you get most of the fat off, it's very similar to a farm-raised pig, though it's definitely not as tender. I'm a huge fan of game flavor, and wild pig does have some gaminess to it that I love.”

In many places, the wild pig hunting is much better than in California. Texas, for example, has a real problem with wild pigs, and you can take them pretty much whenever you find them. So if I’ve peaked your interest, do some research and figure out where you can head out for a pig hunt.

It’s worth the effort, and you’ll be helping both native species and local landowners by taking the wild pig population down a peg or two.

Looking for a rifle to get started hunting with? Pew Pew Tactical Best Beginner Hunting Rifle can help! 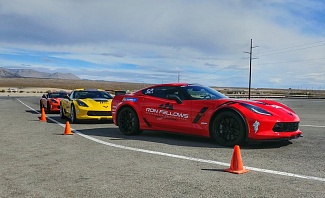 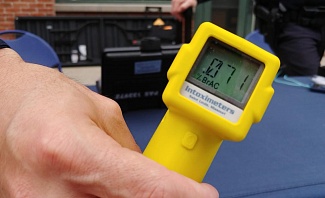 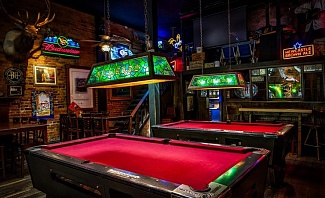 Where To Find Man Cave Decor Items On The Cheap 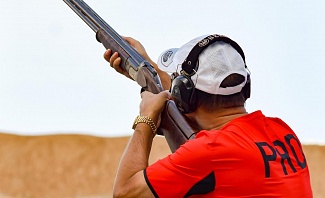 Why You Must Always Protect Your Ears When Hunting & Shooting