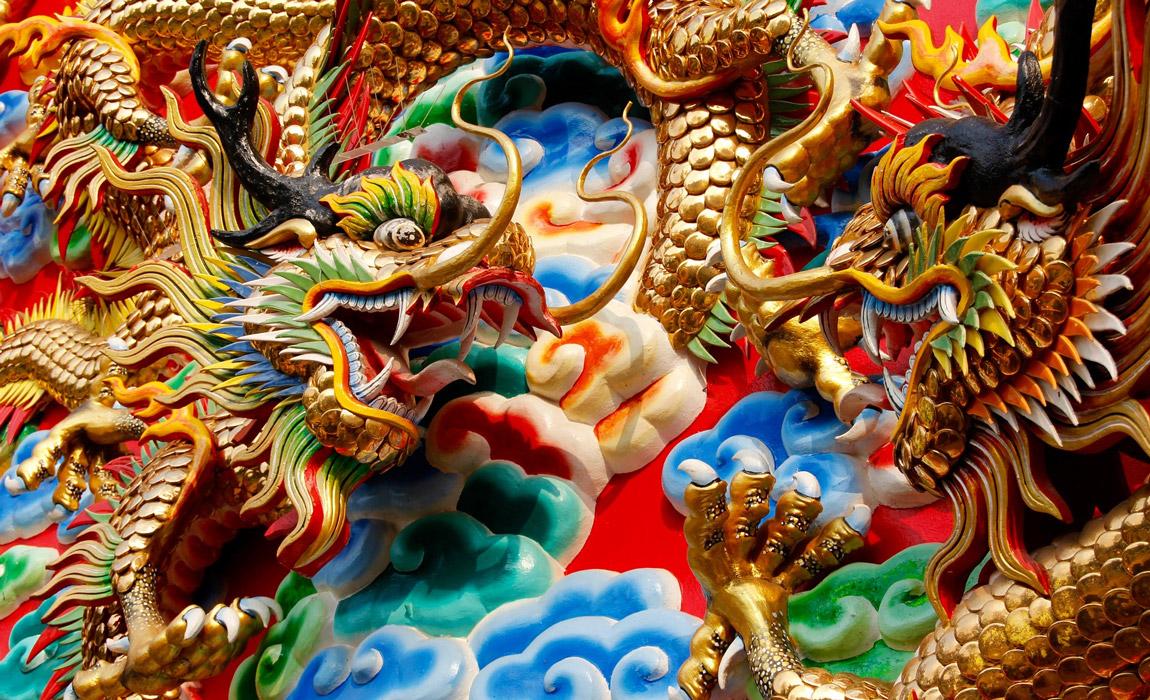 Whether it’s a stopover for a couple of days before moving somewhere else or you’re planning to spend a few weeks in Bangkok, the capital city of Thailand is a fascinating, exciting and incredible place to visit. Like many other capital cities, Bangkok never sleeps, there is always something going as people work around the clock and the city is awash with tourists, locals and expats alike. With eight million people living within the city you will find yourself encountering every walk of life, from the super poor to the mega-rich they all congregate in the one city, feeling at home as each other. So, to make the most of your time there make sure you visit these top attractions or destinations.

Wat Pho is the home to the Reclining Buddha which stands at fifteen meters tall, and forty-six meters long. Even the Buddha's feet alone are over five meters high. The entire statue is covered in gold leaf and looks incredible when you get up close to it. Then, inside the temple, there are 108 bowls, which you can put coins into, and the coins can be bought on route to the temple. History says that the Buddha completed 108 positive actions on his way to becoming perfect. 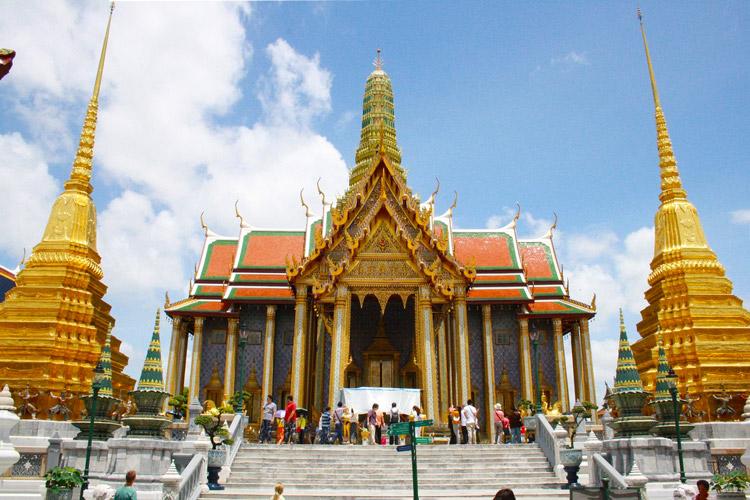 The most famous attraction in Bangkok, you cannot move to another city until you have taken the time to visit the Grand Palace. Once the king’s home, as well as the place where the government of Thailand carried out their work, a trip to the palace, can take hours as there are over 214,000 sq. Meters to cover so plan enough time to make the most of your visit there. 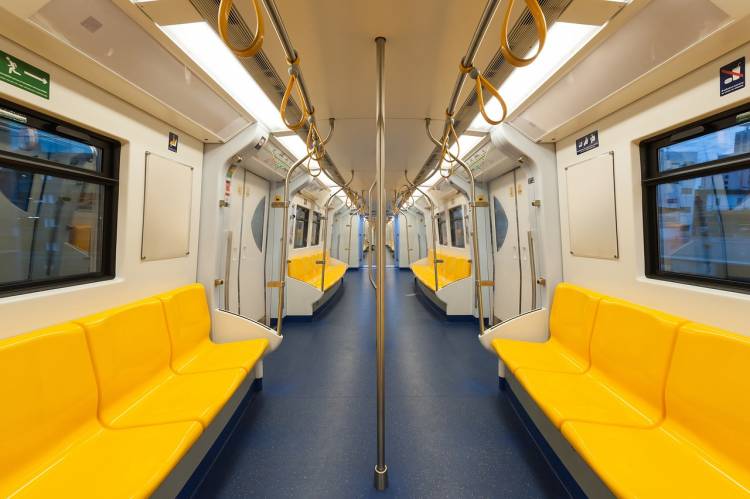 The best way to get around Bangkok at any speed while keeping cool is to jump aboard one of the sky trains. With air-conditioned carriages, travelling high above the traffic you get a great view of the city below as well as taking the most direct route than any other mode of transport. Nearly every part of Bangkok that you would want to visit has a train station meaning that travel could not be simpler.

If you like shopping, then this is a must. The Chatuchak Market has over 8000 stalls and covers 27 acres of space. It is one of the largest markets in the world and is open every Saturday and Sunday attracting almost 200,000 visitors a day. You will find just about everything you could ever imagine for sale at this market and mostly at local prices rather than tourist prices. It is definitely worth picking up a map before you go to avoid you being lost in the market for hours. 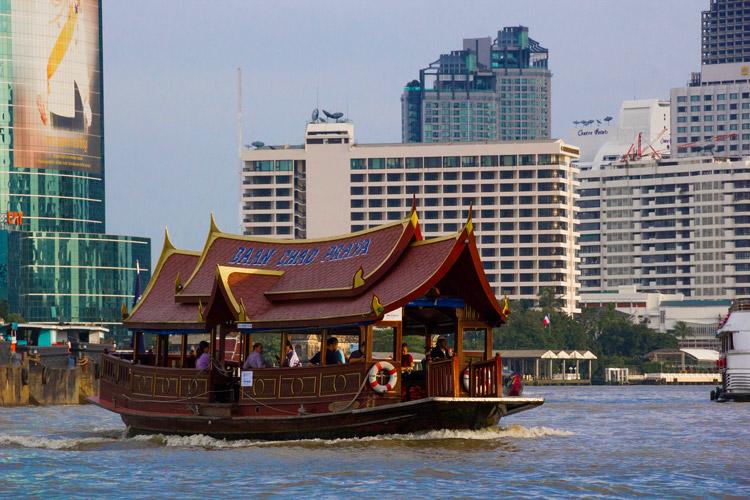 Take a boat and ride along the river which is known as the lifeblood of Bangkok. Today, 50,000 people still use the river and go to work on one of the many boats that travel up and down. Taking a ferry trip down the river is a fascinating  experience as you will see high rise Bangkok Condos and fancy hotels in one part while you will see wooden shacks and children playing in the water in other regions. You can also get on and off at any of the stops the ferries make to explore the city further.

The National Museum is home to the largest collection of artifacts and Thai art in all of Thailand. First opened by King Rama V to show off all the gifts that his father had given to him, the museum holds many exciting things such as Chinese weapons, precious stones, puppets, clothing and textiles and Khon masks.

Have a Thai Massage

No, not that kind of massage! If you haven't heard of a Thai massage, then where have you been? There is no better place to experience a traditional Thai massage than in the country where it originated. A Thai massage can give you a new lease of life as well as making you feel invigorated and balanced. There are parlors everywhere, so it is worth doing your research to find a good one near your hotel.

The Sathorn Unique Tower is a 49 story skyscraper which was being built in the heart of Bangkok before the financial crisis. However, when the crisis hit the building work stopped, and the tower was never completed. Now an abandoned tower which is far too big for anyone to do anything with, the Sathorn Unique Tower provides an excellent place for those who love to climb. The views from the top are breathtaking and will make the long hard climb up the unfinished tower well worth it. 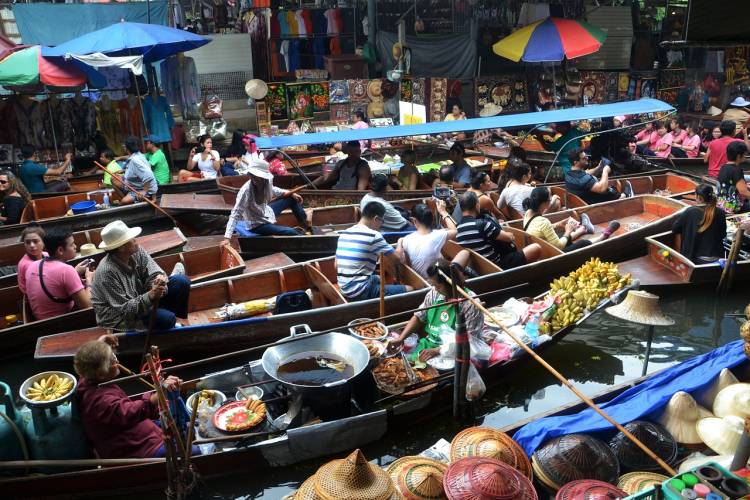 Thai people choose to eat almost every meal out instead of cooking, so if it's good enough for them, who are we to argue? Every busy road has street food stalls selling products to the locals and tourists alike; the prices are low because it is where both the Thais choose to eat as well as most tourists. You will come across all sorts of vendors selling foods from Som Tam (papaya salad) to Squid, all cooked in front of you ready for consumption straight away. There are also some fantastic food tours available.

Kickboxing stadiums are all over Thailand but the most significant fights happen in Bangkok, either at the Lumpini or Ratchadamnoen stadiums. With Muay Thai being the national sport of Thailand, it is talked about everywhere you go, and the viewing figures on TV are some of the highest for any show aired in the country. An evening spent at the stadium is guaranteed to be action-packed as the locals get so into the fights that the atmosphere reaches total fever pitch. There is often somebody walking around taking bets on the match too which can add even more excitement to the evening.