Pools, Parties, and Cocktails at The Cromwell Vegas 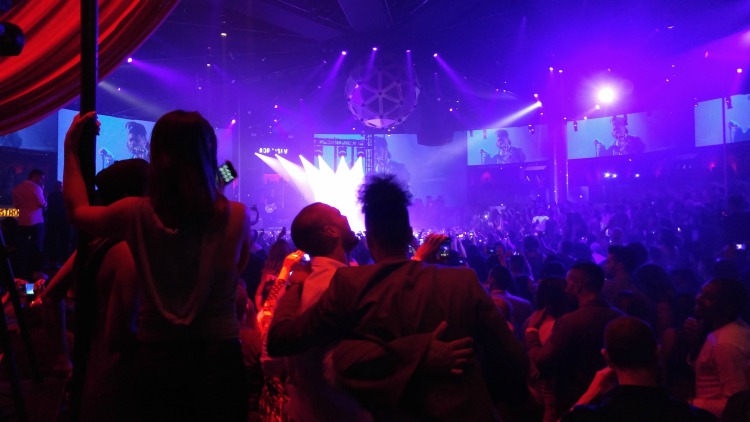 Each time I go to Vegas it's a different experience and that's an amazing testament to the diversity of entertainment options available in that city. This time, I had a chance to check out two of the newest resorts on the strip - The Cromwell, and The Linq. Over the past few years, these properties have both gone through some significant changes but it seems that Caesars has finally got a concept that works.

If you aren't familiar with the history, The Cromwell was formerly Bill's Gamblin Hall and before that, Barbary Coast but it has been completely gutted and the only thing left is the shell. However, for those that appreciate Vegas history, they have retained the signature red lamp shades and integrated them into the new decor. It is now an INCREDIBLE property that is probably the nicest hotel I have ever stayed at. 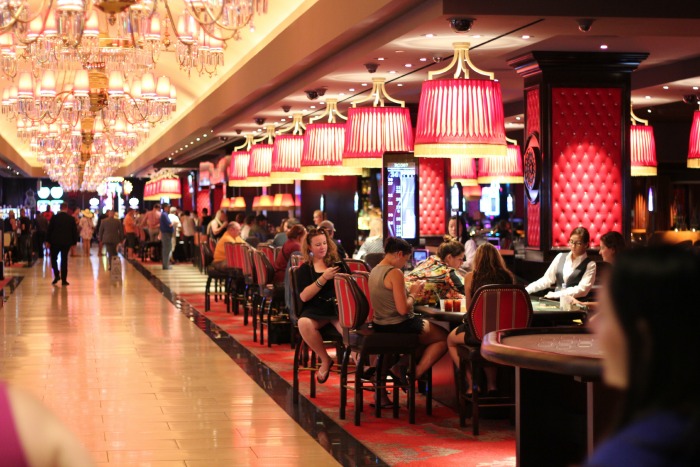 On the other hand, The Linq - formerly the Imperial Palace and The Quad has been gutted as well, but replaced with a value property targeting a younger crowd. We didn't have a chance to check out the rooms, but our friends who did tell me that despite the fact that it is a "value" property, the rooms are super nice, clean, and modern. Certainly a huge leap forward compared to the days of the Imperial Palace. 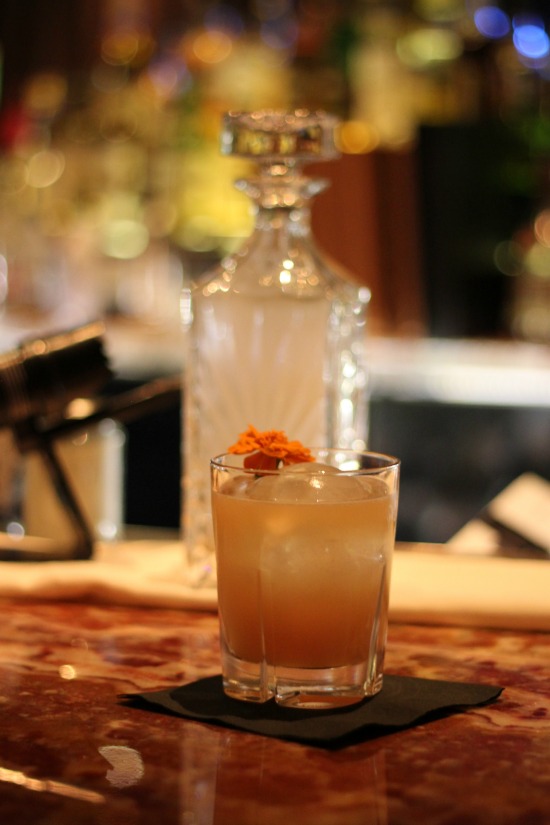 One of the things I loved about The Cromwell is that it is a very compact property where you could walk from valet to your room in just a few minutes vs the half mile journey you face at other resorts on the strip. However, despite it's compact size The Cromwell has managed to have one of the best cocktail bars in Vegas - Bound by Salvator.

Not only did they have incredible imaginative drinks on the menu such as the "smoked margarita", the staff has a true passion for their work and actually understands both the science and artistry of making great cocktails. If you are a fan of rare spirits and craft cocktails this is the place to go. (If you like free drinks, it's the place to go too since they have a nightly manager's reception with free champagne!) 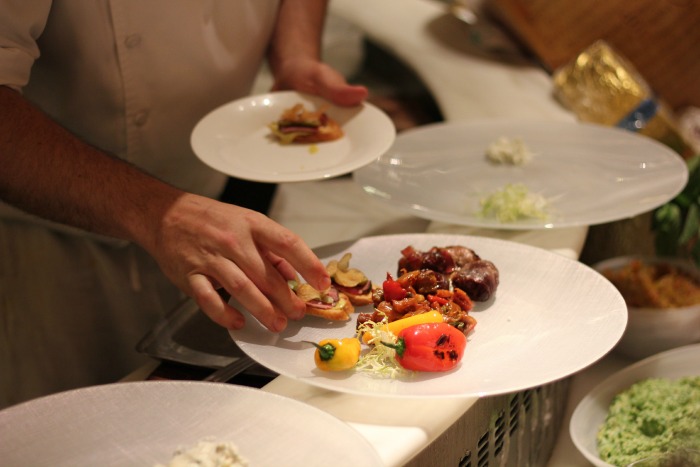 At the other end of the property, overlooking the strip, was Giada - the first restaurant by celebrity chef, Giada De Laurentiis. Again, this was a remarkable experience since not only was the food incredible but Giada was there herself. Initially I just assumed she was there to see us since it was a press trip, but she seemed to actually be pretty hands on at the operation and I saw her eating dinner there as well as breakfast the next morning.

There are a lot of restaurants in Vegas where a chef just lends the name or helps develop the concept and steps away. That's not the case here. To see her engaging with the customers and genuinely invested in delivering a world class experience was something special and that's probably why the waiting list for a dinner reservation is several months long currently! 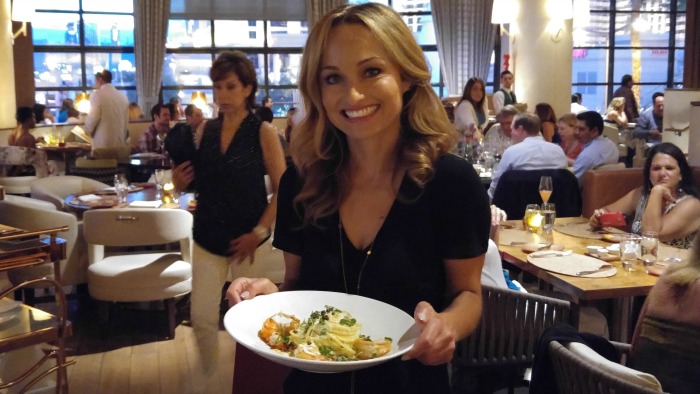 However, being the photo junkie that I am, I got scolded for taking too many photos since I was letting the food get cold :)

Chef is always right, though her lemon spaghetti with shrimp (pictured) was spectacular and one of the best dishes I've had in a long time. 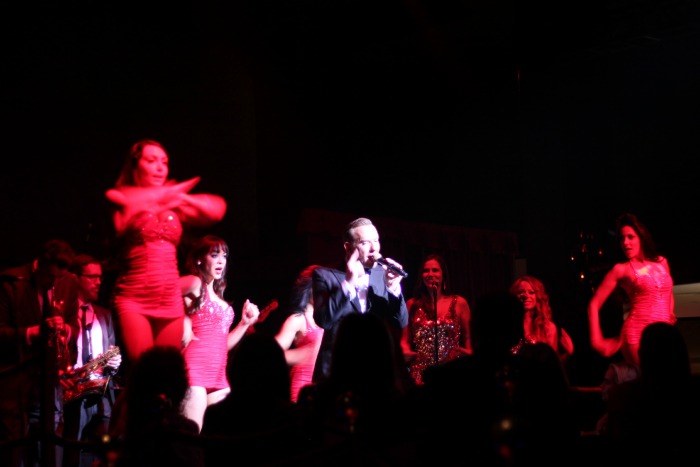 After dinner, it was time to head across Las Vegas Boulevard to Caesars Palace and the legendary Cleopatra's Barge theater to see Matt Goss. While he isn't as well known in the United States as he is in the UK, this guy is a spectacular performer with an awesome band supporting him. Songs ranged from "Rat Pack" classics to his own creations spanning pop, jazz, and soul to create the ultimate "classic Vegas" lounge experience.

The next day, it's time to kick things off with a late morning sipping vodka drinks from a private cabana at the famous Drai's Beach Club on The Cromwell's roof. When they renovated the hotel, the 65,000 square foot club was added to the roof, serving as a beach club during the day and nightclub in the evening.

After a quick nap, it was time to head next door to The Linq's pool where they have a reservable gameroom / clubhouse complete with pool and foosball tables that again would be a fantastic location to celebrate an event. We're hoping to spend some quality time exploring The Linq later this year. However, from the brief time visiting we were impressed by the laid back and fun atmosphere here as well as the awesome cabana suites where the room opens up right on to the pool deck. 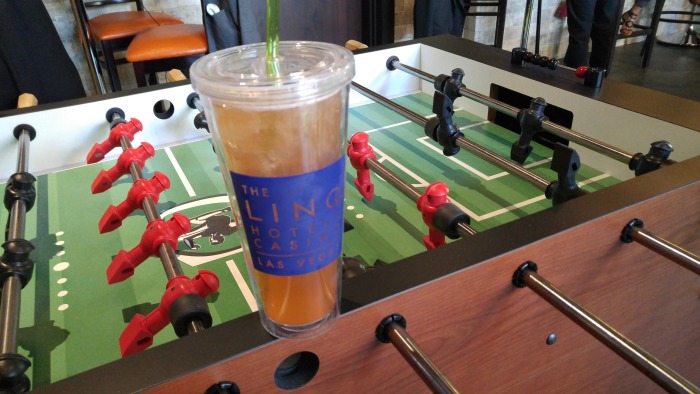 I am sure many of you guys have fantastic bodies that you work on all year long just to show off. For the other 90% of us, don't worry - while I probably wouldn't be going shirtless at Drai's there wouldn't be a problem at The Linq. That isn't to say that the beautiful people aren't here too ... but it's just a different sort of vibe that was more relaxed and enjoyable.

When you stop by The Linq's pool bar, make sure to ask for the Hot Strawberry Blond. It is Mike's Hard Lemonade mixed with strawberry Stoli and regular lemonade - the absolute perfect poolside drink served up in a big tumbler glass full of ice.

Next up was a chance to explore the Promenade which is a stip of shops between The Linq and Flamingo, which plays host to a variety of establishments ranging from the Las Vegas Classic casino O'Sheas where you can still enjoy beer pong, 50 types of beer, and an "Irish" themed atmosphere, to Sprinkles Cupcakes, clothing stores, and The BLVD Cocktail Company.

While the drinks were good at BLVD, the menu was limited and the bartenders seemed to only be able to serve what was on the menu vs being a place to explore craft cocktails. However, what the bartending lacked, the performer Daniel Park made up for. My only regret is that we weren't able to stay there longer as this guy was incredible and worked well with the crowd. Next time you come to Vegas I encourage you to check out his calendar or tweet him to find out where he's performing - you won't be disappointed. 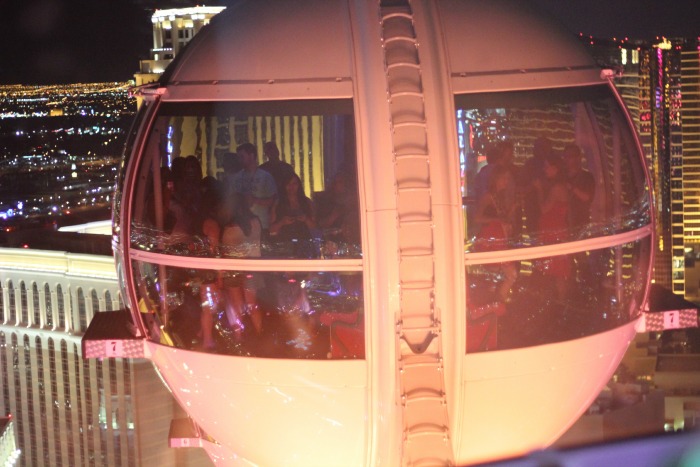 After drinks, it was time to have more drinks - but this time from 550 feet above the strip courtesy of a private bar that they rolled onto the gondola for us. The High Roller is the tallest Ferris wheel in the world and provides incredible views of the strip as well as the entire valley. 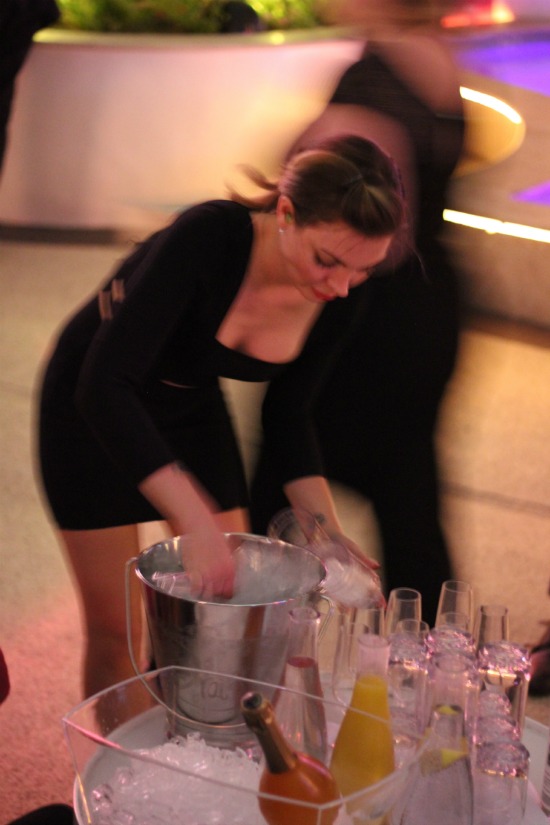 After the approximately 30 minute ride around the High Roller, it was time to head back to The Cromwell to see The Weeknd perform at Drai's Nightclub ... and more VIP bottle service!

I'm seriously spoiled now since I don't think I will ever be able to go to a club again without having a reserved area and free-flowing cocktails served by beautiful ladies. 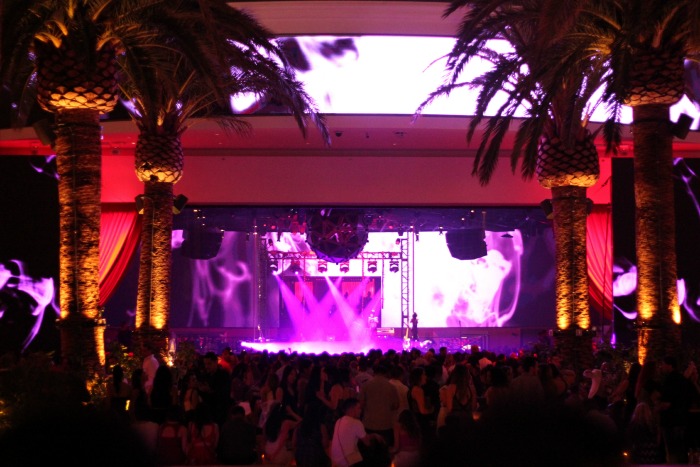 The nightclub occupies the same space that we partied at earlier but it was now transformed into an open air nightclub complete with lasers, smoke machines, and lights.

At about 1:45 a.m., The Weeknd came on stage and he was awesome. This is certainly not something for old farts, but if you have the stamina to stay up through the early morning after a day full of partying then this is something you will not want to miss. 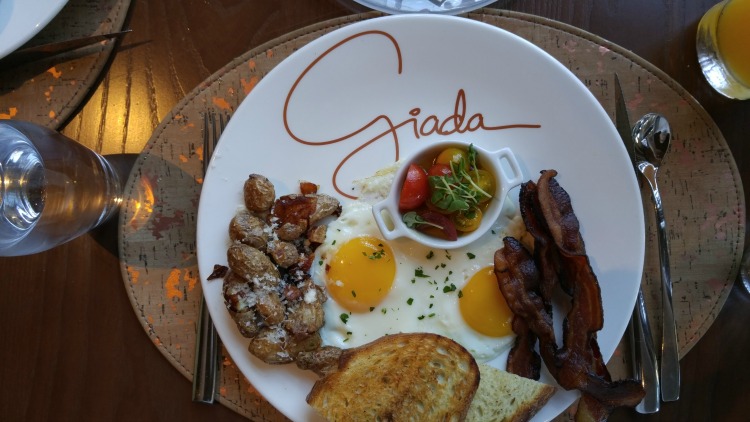 The next morning, it was time to nurse our hangovers with an incredible breakfast at Giada. While you can have eggs and bacon anywhere, the atmosphere here was fantastic and the presentation was exceptional.

For a resort I had previously associated only as "the place with the super cheap late night breakfast special", this was an incredible experience to witness it's transformation. That same property is now a fabulous boutique hotel that is among the nicest properties on the strip. It's perfect for a Las Vegas Guys weekend and I can't wait to head back there again soon!

How to Plan An Epic Camping Trip This Summer

How to Plan An Epic Camping Trip This Summer

Exploring Montana in the "Land Between the Parks"

Exploring Montana in the "Land Between the Parks"