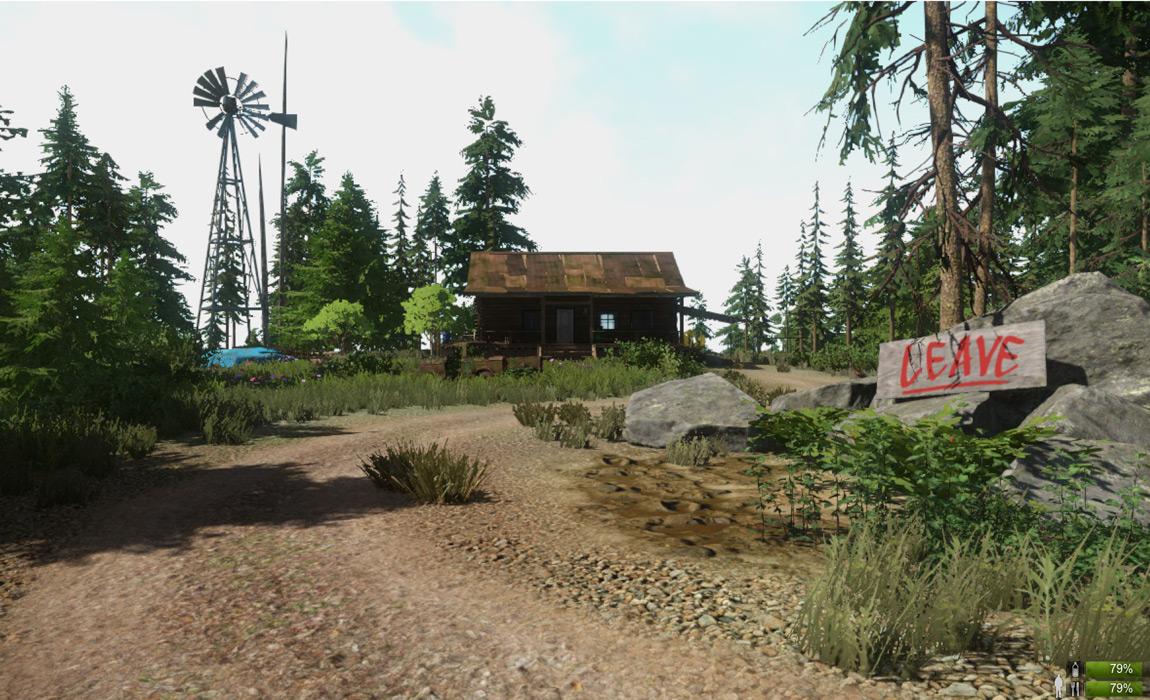 I'll admit - I'm rediscovering video games again after having taken a break for a number of years. However, I'm very excited with what I've been able to find and Miscreated is one of the highlights that I've enjoyed dumping hours of time into over the past couple weeks. It's a survival game that actually isn't "new" but has just released it's 1.0 beta version on Steam this month. Prior to that it was available to fans through the "Early Access" program. With an absolutely stunning environment to explore, resource monitoring, base building, and crafting Miscreated represents one of the most impressive gaming experiences that I've had in more than 10 years.

As you know, part of the reason I've taken a break from PC video games was that I didn't have a system able to handle them. Now that I'm able to rock them on the Legion Y530 laptop that Lenovo sent, it's been an awesome experience to see what I've been missing. I love the Legion Y530 because it's got a great mix of price, performance, and style that allows me to use it for work ... as well as play. About the same time that the laptop arived, a PR person for Miscreated reached out to me and shared their 1.0 release trailer. The game looked fun from the video they sent me (above) and it would be a good test for the laptop. So, I accepted their offer of a key to check it out.

What I found though was a game that was far more complex and far more engaging than I had thought possible.

All too often, "exploration" games make it too easy to loot up and before long, everyone has the big guns and it turns into more of a action game than anything else. With Miscreated though, while there are more than 100 different weapons, simple matches and a hatchet are just as important. Without them, how are you going to light a fire and grill up some food before you starve to death?

This game is INSANELY detailed - with fatigue, poison, radiation, heat, thirst, hunger, and health meters to worry about. However, there is a sense of awe as you stand on top of a mountain and look out across the land. That's all area for you to explore! 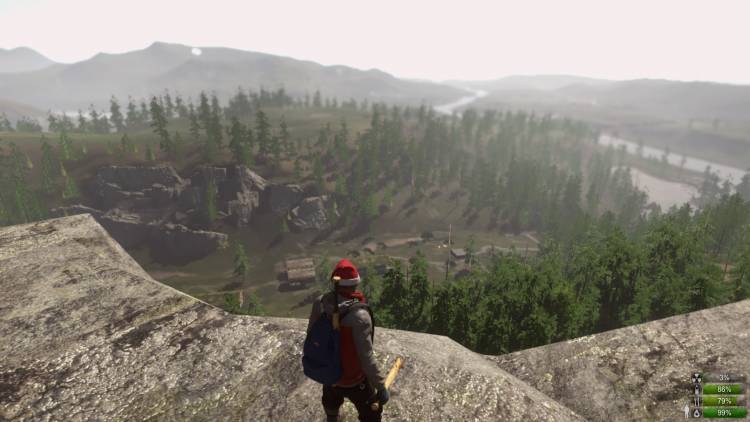 The game world in Miscreated is a post apocalyptic wasteland following a nuclear war. Fans of The Walking Dead would feel right at home but instead of zombies, the bad guys are mutants as well as animals ... and mutant animals (radiation is a bitch). This means that while you might see a river in front of you or a can of tuna on the counter of a store you are looting - be careful and inspect it first. Not only might that river be radioactive but the food and drink might have spoiled. Don't worry though - through looting you can find antibiotics, anti-radiation pills, iodine pills and other stuff to fix what might be ailing you. Also - as I discovered today - if you eat too much too fast you get sick and puke some of it up. While this level of detail edges on neurotic it is a STUNNING game for those looking for an opportunity to simply survive and explore new places.

My initial few hours of the game was less exciting because I didn't quite "get it yet". I was just wandering around with a hammer and often times getting a bullet to the head before I had a chance to die of thirst. That's when I discovered the other fascinating aspect of this game.

There are PvP servers (most of them) but the developers also allow individuals to host their own servers. On these servers, the individual administrators are allowed to adjust various options including how damage will be administered. 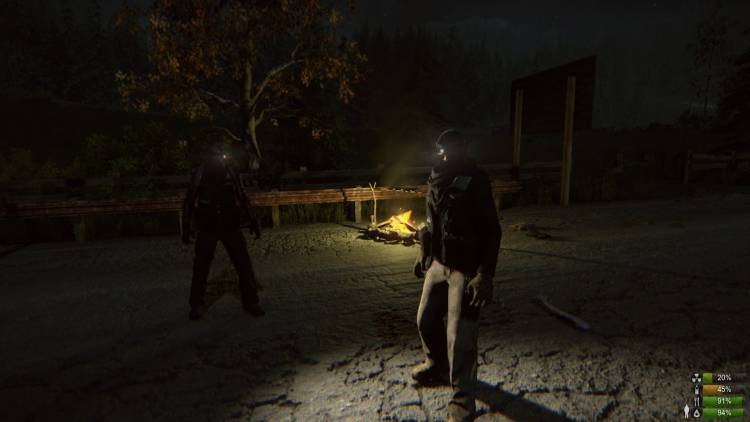 My original intention was simply to go somewhere quiet and learn the game before going back. So I looked in the list of servers to join and saw the DorkUp server listed as PvE. This means that it is designed for "Player vs Environment" and players can't deal damage to each other and the goal is to have a zero harassment environment. So, I launched the game and set off to explore the world.

Then, last night I was walking down the road and two guys dressed in black with military style headlamps on came running down the road. I had almost forgotten that there were other people on the server since nobody had killed me here. 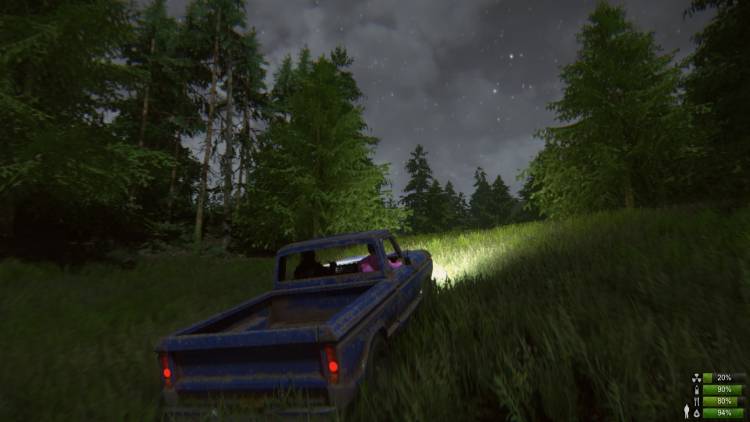 After a brief introduction one of the guys - who happened to be the server admin - said he was going to head off and check out some of the new areas that opened up in the latest update. I was invited to join him and so we hopped in the truck and headed to the big city. 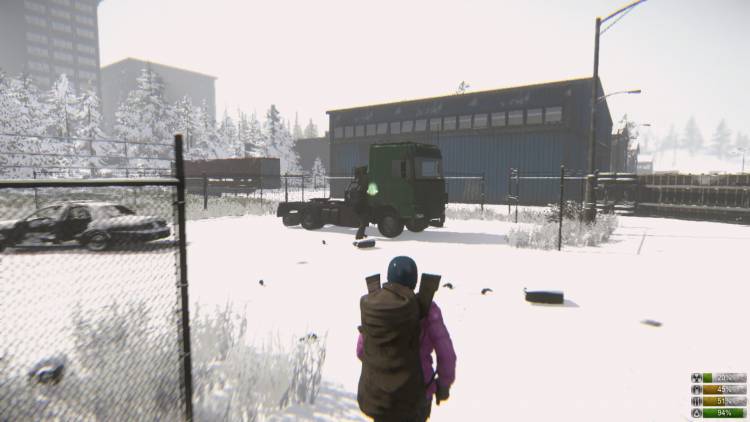 After a bit of looting, we discovered a semi that was ready to be activated. What I love about this game is that the "quests" make sense. It's not just some "go to the dungeon and kill a bunch of monsters so you can get the magic chest full of loot". Instead, there was a truck - we just needed to find a bunch of tires, battery, spark plugs, engine cable, and of course diesel fuel ... lots of fuel. If we could find all that before dying of thirst, hunger, radiation, cold, or mutants then that truck could be ours!

One thing you'll notice here is that the snow accumulated not only one static surfaces such as the ground but also on the discarded jerry cans of fuel that we brought back to the truck. 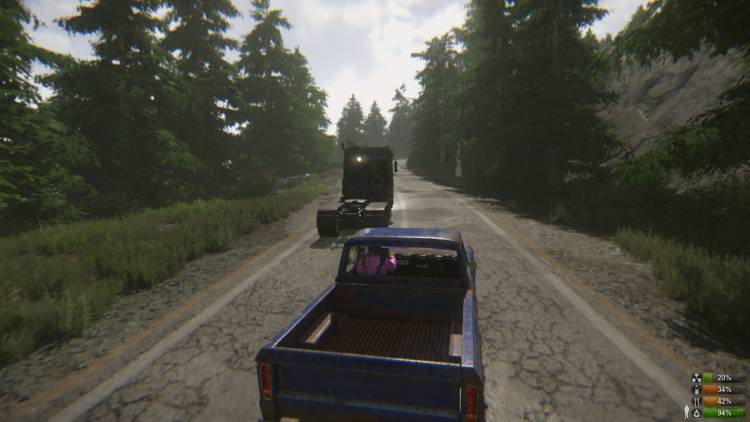 With the truck repaired, it was time to bring our new loot back to the base.

During the process of finding the various components needed for the truck, "Logic" explained to me the key to looting. Simply put - loot spawns everywhere and it's not going to be found in a blinking chest. You need to keep your eyes open and check everywhere. It could be on the trunk of a car, the back seat, hood, or even dash. Make sure to check boxes, desks, even cushions in the couch. However, if you just load up on everything you see then you'll divide your attention and that leads to premature death. So, instead - focus on what you are really after and drop everything else. You can only carry so much weight and there's only so many places to put stuff so make it count! 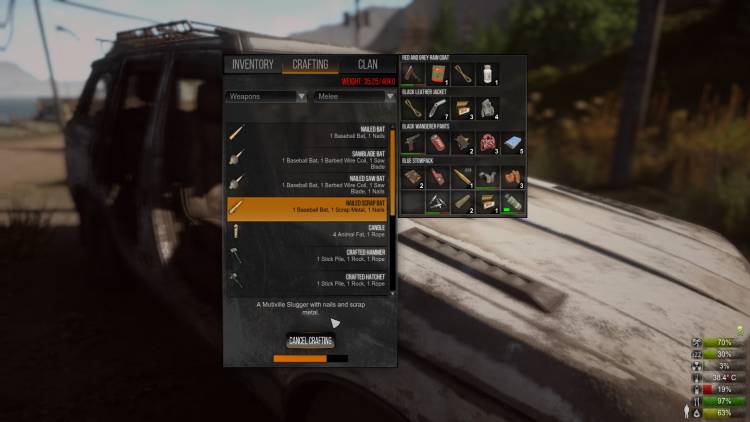 While there's no "story" or event driven narrative here, the game does have progression. This happens through the crafting and base building system, as well as acquiring resources and player experience (your knowledge - not XP) on how to stay alive. In my experience exploring the world, some bases can be as basic as a plot sign in the ground saying the land is claimed and a single tiki torch ... or it can be a sprawling complex with garages and shooting ranges.

At the onset though, crafting can be as basic as building a backpack by combining rags and rope or making a hammer with stocks, rock, and rope. While you can find a hammer ... this ability to craft one allows you to explore in a completely different sort of way.

Similarly, you can harvest wolf, bear, or deer meat from a kill - but raw meat will make you sick. To fix this, you can build a campfire, find a gas grill and a propane tank, or a charcoal grill and wood. Hope you have matches because you'll need to light that fire too. Place the meat on the grill and watch it closely since you want it cooked ... but if you leave it on too long it will burn and that gives only basic help for your hunger. 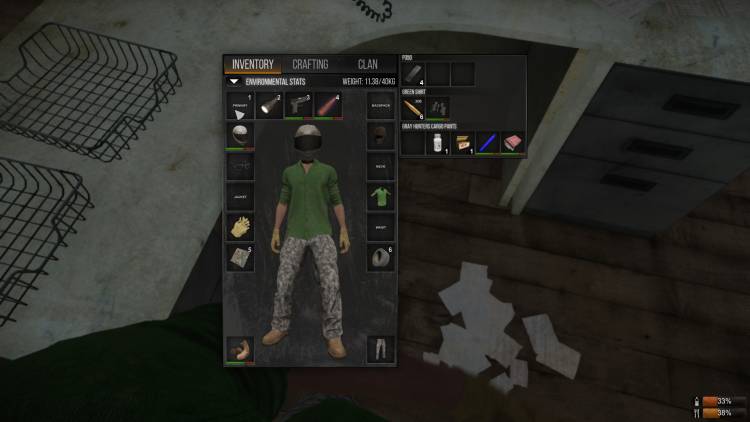 Probably the most fun part of this game though is the insane combination of "stuff" you can customize your character with. While there's no adjustment for height / weight / skin tone etc., you can express your personality through clothes and armor. For instance, you could go exploring in flip flops and a CryTech tee if you want (Miscreated uses the CryEngine) or as I was (before dying of thirst) climbing mountains in my black leather jacket and a santa hat. When I met my new friends last night I was walking down the road wearing a pink puffy jacket and holding a manikin arm as a club while wearing a teal football helmet.

This game has an incredible fan base and while there are some that love to hate the game, I find that many of them have stuck with the developers and truly love the game. 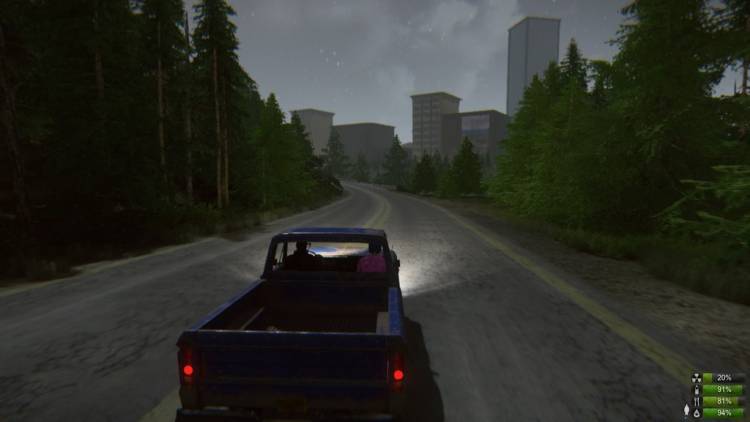 These people - like the ones I met in the game are a different breed than the teenage boys playing Fortnight. These guys are looking for friends to explore and share an experience with. There's humor, comradery, humor ... and yes ... stories that they create together and this game somehow manages to foster that over night just a few hours but years of time spent together in the game as the developers added new elements to it.

Miscreated is available now on Steam for $19.00 and while it provides a similar experience to what you might find in an MMO, there's no monthly fee or in-game loot boxes to buy. However, there are DLC options that you can buy if you want. 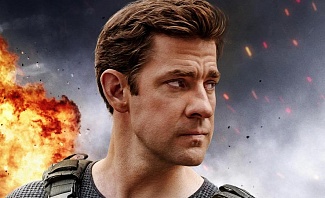 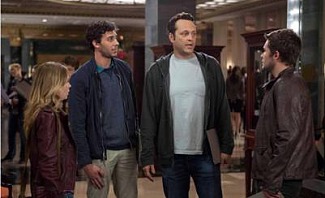