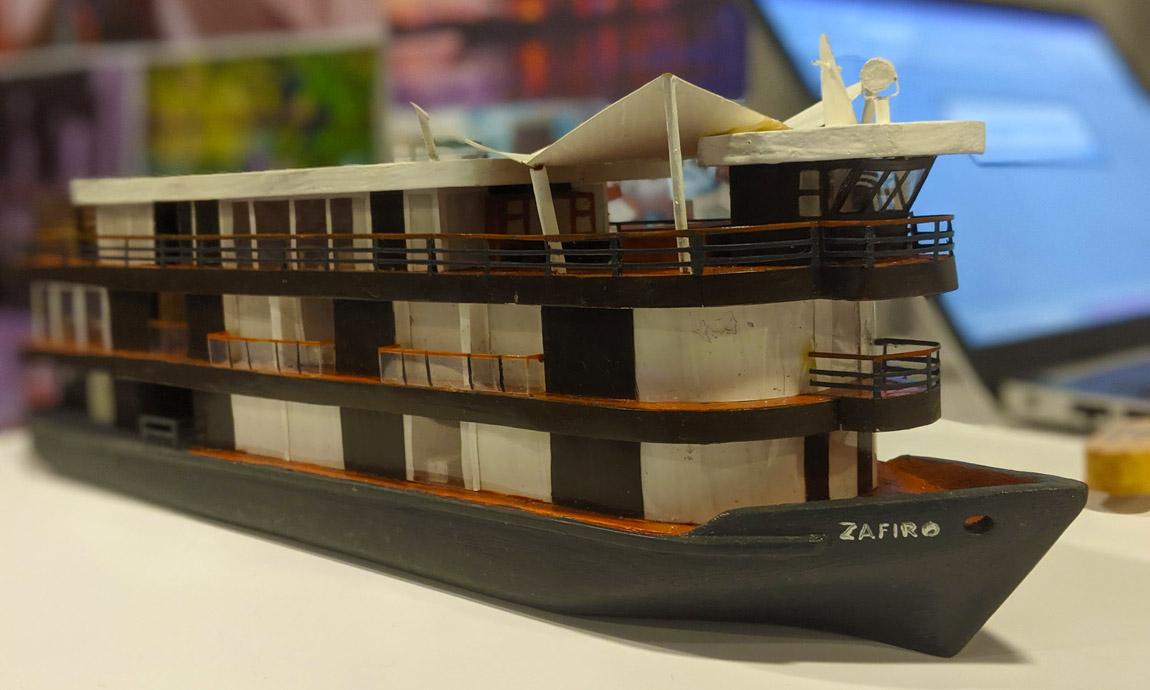 The cruise industry is in the process of a massive transition from one known more for conspicuous consumption regardless of impact into one that is ultimately working to be much more socially responsible. Don't worry though, that doesn't mean it's going to be any less fun but there are some big changes ahead that we're already starting to see.

We spent a few days at Cruise World Expo talking with Travel Advisors and industry leaders about what the future of the industry is. While there's a lot of change on the horizon, the industry seems ready to embrace it with gusto and continue this incredible growth cycle that we've seen over the past several years. Ultimately, big brands like Carnival, Norwegian, Royal Caribbean, and MSC are hell bent on attacking barriers that have continued to stall people from trying a cruise vacation. About the only challenge that they haven't been able to address is, "I don't want to be on a boat". The answer to that one though has been to build mega-ships like the Oasis-class vessels on Royal Caribbean, Breakaway Plus on Norwegian where there are so many things to eat, drink, play, try, learn, watch etc. that the ships hardly seem like boats anymore.

This is a HUGE topic globally and the shipping industry generally is a horrendous polluter. This is in terms of emissions and fuel consumption as well as other topics including disruption to marine habitats and disposal of waste. Right now the biggest challenge is that while individuals in the industry seem to be passionate about sustainability the contributions have been mostly symbolic and inconsistent. For instance - Norwegian got rid of all water bottles and plastic straws ... but their new environmentally friendly water boxes from Just Water are still transporting water using trucks when there's plenty of fresh clean water produced daily on the ship itself. Over at MSC they made a big deal about getting rid of single-use plastics but then served our dinner with bottled water when filtered water created by the ship is often more pure than what you'd find inside those bottles imported from Europe. Furthermore, during our visit to MSC SeaSide we noticed that instead of banning plastic straws entirely - they are still available on request. Ultimately this is a good customer policy ... even if it isn't a good sustainability policy.

Across the industry, there are dozens of examples like this and my hope is that all cruise lines will continue moving in the right direction and not just pay lip service to this important concern for millions of potential cruisers.

Despite these inconsistencies, we're going to continue seeing the cruise industry going in the "right direction". However, as that happens - players like Hurtigruten are going to be radical innovators with hybrid-powered vessels able to cruise for hours just on electric power. It's easier for them to do these types of innovations because they are smaller, more nimble and have a much less price-sensitive customer.

Don't count the big boys out yet though, despite scrubbers being a band-aid solution to reducing emissions the major lines are all investing in LNG powered ships that will reduce emissions significantly in the future. MSC is even pledging to be carbon neutral next year by purchasing carbon credits to offset their impact.

In parallel to the trend of increasing sustainability and reducing the global impact of tourism, the cruise industry is starting to invest in smaller ships - not just mega-ships. This will allow them to be more nimble with innovation as well as spreading the impact of a cruise ship visit out to more places. This offers customers more choices - but it also lessens the impact on local communities when a ship docks and 2 - 3 - 4 - or even 6,000 people all decide to get off at once. While these mega-ships bring money and jobs for locals, it also brings crime, trash, pollution, and often the destruction of natural habitat.

As an example of this trend, Norwegian Cruise Line's new "Project Leonardo" ships are actually smaller than the current generation of ships. Other lines are simply choosing to spread the existing fleet out with new vessels headed to previously underserved areas like Brasil and India.

Others simply offer new destinations in the Caribbean that might previously have been off of the radar compared to Cozumel, Nassau, and Grand Cayman.

The impact is that this gives local communities a better chance to respond to the impact, reefs and ocean bottoms are able to be more resilient vs having 3-5 ships going in and out every day, and frankly it's a better experience for cruise passengers since there are smaller crowds.

Expedition cruises and Yacht cruises are two different markets but because of the price points and similar target marketings tend to blend together. For instance, Hurtigruten who is solidly in the category of Expedition cruises - is also a small ship that is quite luxurious. While on the other hand, a Yacht cruise ship like Scenic Eclipse is more focused on ultra-luxury compared to science but has helicopters and submarines on board to offer an unparalleled experience for her guests. In addition, there's an explosion of smaller players like Jungle Experiences offering river cruises through the Amazon and other exotic rivers throughout the world and even big players like Celebrity Cruises are doubling down on science and exploration with vessels like Celebrity Flora.

Cultural Enrichment As Part of The Journey

Ultimately while not everyone can afford to pay $10-30,000+ for an expedition cruise, lines like Holland America are seizing on the global interest to learn more about our planet and improving their offerings as well. Likewise, Carnival has shifted its Fathom brand from an independent cruise line to instead offer shore excursions dedicated to those who want to focus on science, sustainability, and cultural exploration.

This is an important shift for an industry that once was known only for umbrella drinks and midnight buffets while passing through tropical destinations while taking photos with cliche interpretations of cultural stereotypes. Just as we've matured and are asking for more ... so are they.

New Players Are Changing the Rules

As mentioned above, new players are coming into the industry and embracing these trends first ... rather than simply trying to adapt. For instance, Virgin Cruises offer smaller ship sizes, no buffets, no drink packages, and while generally are still focused on a party atmosphere are launching with good sustainability plans in place. Others like VIVA river cruises are being launched from parent companies who have seen developments in the industry and are looking to capitalize on opportunities to change the pricing, itinerary, and service plans that have become static and standard in the industry.

Even more established lines like Uniworld are doing things like marketing boats towards Millenials and painting some of their ships black instead of white to attract those customers looking for something radically different.

Who knows what the impact of these changes and innovations will be ... but they are welcome!

Just like the concept of Freestyle Cruising was revolutionary a few decades ago when Norwegian decided to challenge the idea that guests had to eat together and at set times, we're seeing a similar revolution now.

Floating down the Lower Platte River