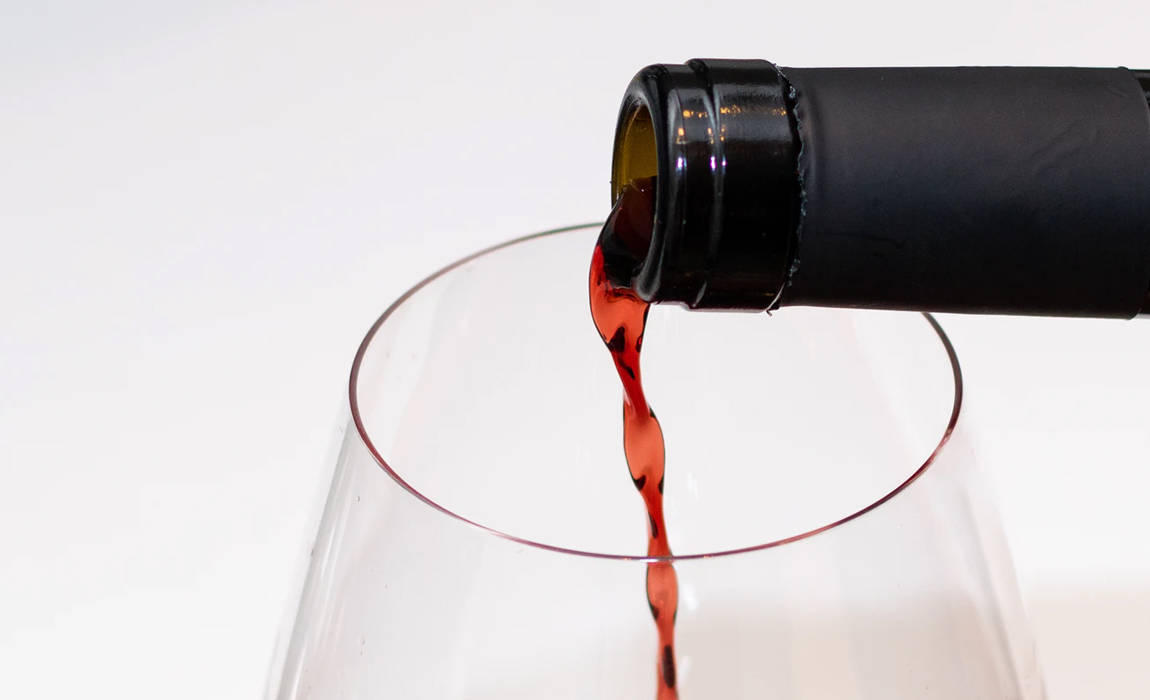 Merlot has gotten a bad name in recent years and much of that stems from the famous line in the movie, Sideways, "If anyone orders Merlot, I'm leaving". Miles from the movie quite literally changed the popularity of this varietal of wine for millions of American wine drinkers - and indeed created a world-wide impact as well. Merlot isn't that bad but its reputation still suffers in the face of popular red wine alternatives including Cabernet Sauvignon and of course, Pinot Noir.  Let's take a deeper look at merlot and how you can better appreciate it once you get an opportunity to sample it at your favorite winery or wine bar.

Why Did Miles Hate Merlot?

The funny thing about the bad reputation that Merlot got because of the movie Sideways is that Miles's hatred for the wine had relatively little to do with the actual flavor of merlot or other characteristics. Instead, his intense hatred was predominantly due to his ex-wife loving it and Merlot's huge popularity in the 1980's California wine scene. Merlot was actually one of the most popular wines being grown in California as well as being imported to the United States from European vineyards including of course the celebrated Bordeaux and Pomerol appellation in France. This resulted in the grape saturating the market and it had essentially become the default red wine for people who lacked the perceived sophistication and curiosity to explore other types of red wine. Having a character who was a self-professed wine expert hating merlot led to an entire generation of wine drinkers dismissing merlot - many without even having tasted it themselves.

This attitude that Miles had towards merlot wine was indicative of the changing behavior among American consumers and as social satire in the movie (and book) it worked extremely well. Interestingly though, the negative impact on merlot sales was mostly confined to lower-cost bottles, while Pinot Noir sales at all price points soared due to the popularity of the movie. Today though, merlot sales have mostly recovered and the comments Miles made in Sideways are merely an interesting footnote.

What Are the Characteristics of Merlot?

As is true for virtually all of the noble grapes, there are good merlot wines and not so good ones. If you are wanting to try merlot for the first time, choose a good bottle in the $20-$40 price range. Cheap merlot just isn't going to reflect the unique properties as well and unless you are a skilled som, then don't waste the money on premium bottles since the sky is not even a limit when it comes to premium vintages.

Merlot is generally a very easy wine to enjoy, even for inexperienced wine drinkers. It generally has medium tannins and medium acidity with nice oak notes due to the 8-12 months of aging that it undergoes before bottling. Color also is generally medium in the color spectrum between Pinot Noir and Syrah. Flavor notes will vary widely between different vintages from various regions where merlot grapes are grown. However, fruit notes of black cherry, raspberry, and plum are common. You might also notice tobacco, vanilla, clove, or cedar from the aging process.

Generally speaking, merlot is one of those wines that many people enjoy because it is a medium wine. However, these medium attributes also often result in the wine being passed over as more sophisticated wine enthusiasts seek out more complex profiles that fit what they are looking to explore. For instance, I generally don't focus on merlot unless I'm at a winery where the winemaker is particularly known for it, though I would love to visit Bordeaux and sample wines from Pomerol!

The Pomerol Appellation: A Celebrated Terroir of Grand Crus Wines

Pomerol might be the smallest appellation in the Bordeaux region, but it is one of the most celebrated around the world, as it produces a large number of sought-after wines. Names like l’Evangile and La Conseillante comes to mind for those who appreciate wine, but almost anyone who hears the name “Petrus”, knows that it refers to one of the most famous wine estates in the world.

Pomerol wines come from the region of Libourne, France, where the grapes grow from a unique soil composition containing the “crasse de fer,” (oxidized iron). Wondering why we are mentioning Pomerol wine? That is because the dominant grape in the region is none other than Merlot, sharing its space with Cabernet Franc and Cabernet Sauvignon. If anyone around you ever belittles Merlot wines, you can now remind them of the fact that some of the greatest Bordeaux wines come from that grape variety.

Merlot is a half-sibling to Cabernet Sauvignon and grows well in similar areas but thrives in cooler parts of those regions. This makes it unsurprising that Bordeaux, France is the top merlot producing region in the world with nearly half of the acreage. Likewise, merlot is the most popular grape grown in France though it is often blended with Malbec and others. However, other famous wine regions around the world are also top producers including Toscana, Italy, California and Washington State, and South Australia.

You Can Enjoy 100% Merlot or As Part of a Blend

Merlot is fantastic by itself in 100% merlot wines. However, Bordeaux Blends are also extremely popular and enjoyable to drink. These generally contain merlot along with other varietals including Malbec, Cabernet Sauvignon, Cabernet Franc, and/or Petit Verdot. Bordeaux blends come in two primary forms. "Right Bank" Bordeaux is usually limited to Merlot (> 60%) and Cabernet Franc and tends to be somewhat smoother with more subtle tannins. "Left Bank" Bordeaux however is much more complex and feature Cabernet Sauvignon as the dominant grape along with Merlot, Cabernet Franc, Malbec, and Petit Verdot.

You may also see Bordeaux blends referred to as a red Meritage blend since technically a Bordeaux blend must come from the Bordeaux region of France. In the 1980's a group of American winemakers created the term "Meritage" to help define the emerging sophistication, quality, and popularity of "New World" wines that were cultivated and blended in the tradition of noble grape varietals from Bordeaux.

How To Keep Wine Fresh

How To Keep Wine Fresh