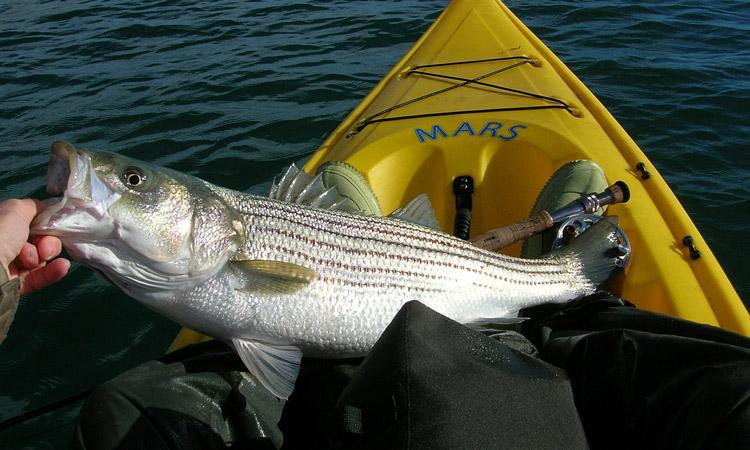 New York State has some of the top bass fishing spots in the country and this makes it a great place to visit year round - including ice fishing as well as from the shore, a bass fishing boat or even a kayak! You get away from the city noise and replace that with nature. Along with the fresh air, it can also be a great exercise. However, choosing the perfect place for your day-off may be harder thank you think. We are talking about 70,000+ miles of rivers and streams. To help you make this decision, here are 5 bass fishing spots in the New York area you should definitely have on your radar.

With the length of over 120 miles, Lake Champlain is a natural freshwater lake that also holds over 70 islands making it perfect not only for bass fishing but also for adventures.

This lake was awarded the number 5 position in "The Bassmaster Tournament Series" in 2012 where the top places to catch bass are selected yearly. Autumn is a great time to catch smallmouth over there.

It's the 13th largest in the world in terms of surface area. Another historical pick, one of the largest battles of the War of 1812 took place there. With an overall length of 241 miles, there's plenty of space for you to fish. You can catch great smallmouth bass during spring. The state of New York even provides a site with more information about the best dates and locations to go bass fishing in New York..

Reaching over 315 miles, this river was formed up to 26,000 years ago. It's known for flight 1549 miracle landing where a plane landed on the river with everyone surviving. That's not the only unusual thing about it. It's a river that mixes the salty water coming from the ocean directly with the fresh water from the northern tributaries. You might want to check out some kayak fishing accessories that will help you while bass fishing on such a long river.

This river is known for largemouth and smallmouth bass. Try fishing there at the end of April and beginning of May for the biggest bass. If lucky, you can locate bass weighing 40 pounds at this river. While it's not hard to spot fish in the area, it's hard to catch them as the bass does not give up easily.

The largest in the state of New York. If you are looking to get away from land and enjoy 79.8 square miles of water, this is the place for you. This lake freezes in winter making it not an option for kayaking but is a popular ice fishing destination. It's shallow which is why it's a lot warmer but also why it freezes during the winter season.

You'll find smallmouth and largemouth bass there. Its maximum depth reaches 55ft, making it an excellent choice for people that are afraid of areas with deep water. Bass tournaments are held there during the year. This lake has been named as one of the top 100 best bass lakes in the B.A.S.S. Magazine. The bass fishing season starts in the second last week of June and finishes at the end of November.

It's the largest tributary of the already mentioned Hudson River. It reaches the length of 149 miles making it not the longest mentioned. It's known for flooding which means you should check the conditions around it prior to going fishing, but once the conditions are fine, you can catch smallmouth bass throughout all of this river. This river also hosts a variety of tournaments during the year. You can find fish weighing up to 40 pounds in certain areas of the river just before summer.

New York state has many prestigious locations that are known for their beauty and large bass fish that can be found during the year. There's a lot of rivers and lakes that have bass fish. These are some of the top ones. Regardless of where you go in New York, you are guaranteed to have fun! But before you go kayaking, make sure that you read the New York state bass fishing regulations to make sure you are not breaking any rules.

Andrew Austin is the founder of Kayak Fisher, an online resource providing valuable product reviews and purchasing options for all things related to Kayak fishing.

Riverwood Golf Club: One of the Best Golf Courses in SW Florida