Dreaming of a Cutting Edge Smart Home? Take a Cruise With Princess! 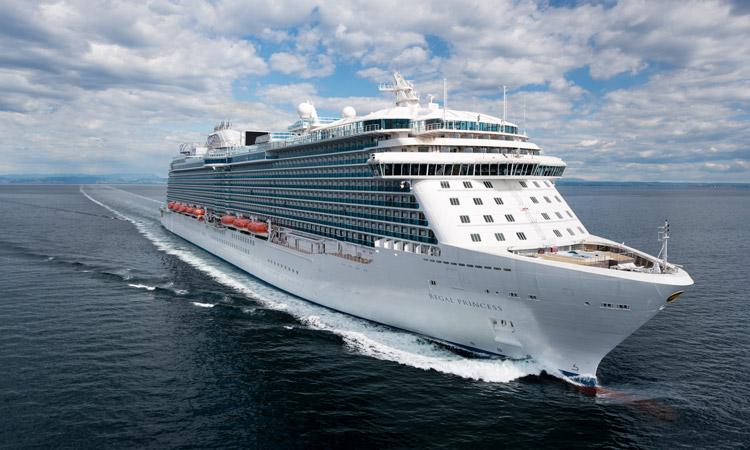 Take away some of the "home" features like a refrigerator that knows when you need more milk and instead, let's focus on the core system that we've all dreamed about. Despite our homes being stuff with IoT devices today, what still separates our "smart homes" from what we see in the movies is the system that runs it all and unifies the hardware, the software, and the brains. No matter if you're using Zigby of Z-wave, no consumer-level smart home today can genuinely call itself smart. For that experience, we're going to have to take a cruise. When Princess rolls out it's OCEAN system later this year, powering the Ocean Medallion, we're finally going to see the potential for smart home technology ... it's just going to be on a cruise ship with waiters and crew instead of robots. In fact, this smart ship is so smart it knows that it doesn't even has to use that label :) 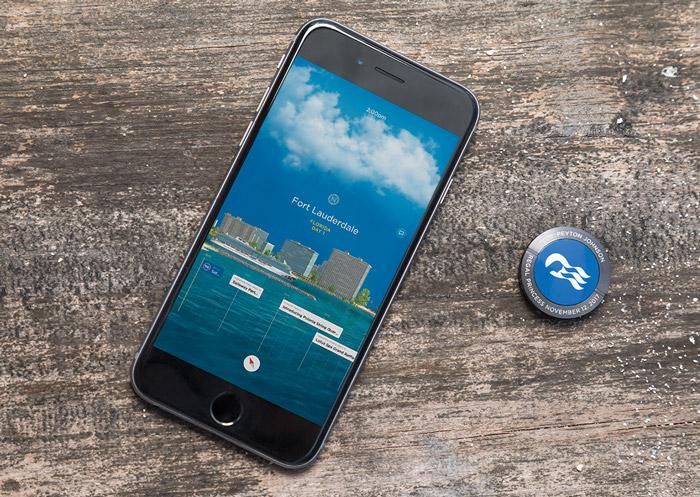 What is Ocean Medallion And Why Should I Care?

There are some of you that look at cruising as a "poor man's all inclusive". Why would you want to be stuck on a ship for so many days at a time ... there can't possibly be anything to do. Truthfully though, one of the things I LOVE about cruising is the already incredible level of service provided by the staff. While this varies in degree based on the line and part of the world, cruise ships are generally among the most service oriented destinations you could possibly pick. This is in large part because unlike a typical resort where you've already paid your money up front, they have to earn it one drink at a time, one bingo card at a time, and a happy customer stays more loyal, spends more money, and gets his friends to do so as well.

With Ocean Medallion, the goal is simply to make that process even more efficient and more seamless by being smarter about their customers preferences and patterns then catering to them. Your Ocean Medallion is something that you will need to have with you at all times though since it functions not just as a ticket to a ride like Disney's Magic Band, but the key to your door, the payment token for your drinks, tickets to a show, your pass on and off the ship, and your personal locator if your partner needs to find you.

They can do this by installing industrial scale versions of the sensors that you are installing at home to monitor where people are in your house, to open your door automatically when you get close, and remember what your favorite pizza order is from Dominos. The difference is that while your smart home is likely a cobbled together mess of different networks, payment systems, and apps - Princess has integrated it all into Ocean Medallion. This is a tiny disk just a bit larger than a quarter that you can wear with you as a bracelet, necklace, or even pin to your hat so that your "smart ship" knows who you are and where you are so it can serve you better. 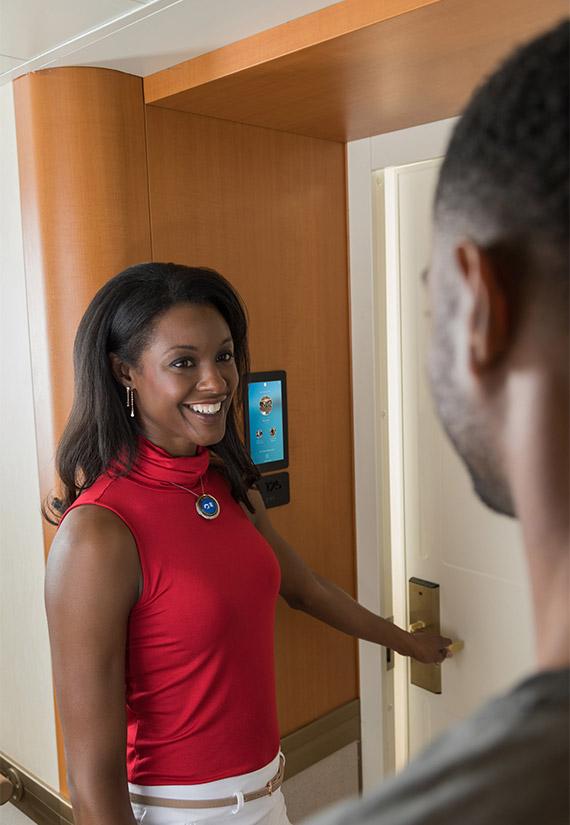 These are all components of the cruise experience that will enable Princess to deliver a better experience. For instance - Ocean Ready streamlines the embarkation process and since your Ocean Medallion serves as your room key and payment system, you need fewer touch points pier-side prior to getting on the ship. Ocean Compass helps optimize your vacation experience by suggestion content, excursions etc. based on your preferences and history. Ocean Navigate let's you locate where family and friends are. and Here & Now let's you place food orders and have them delivered to wherever you are.

Together, these all address some of the key pain points that plague cruising and I can't wait to see addressed successfully. 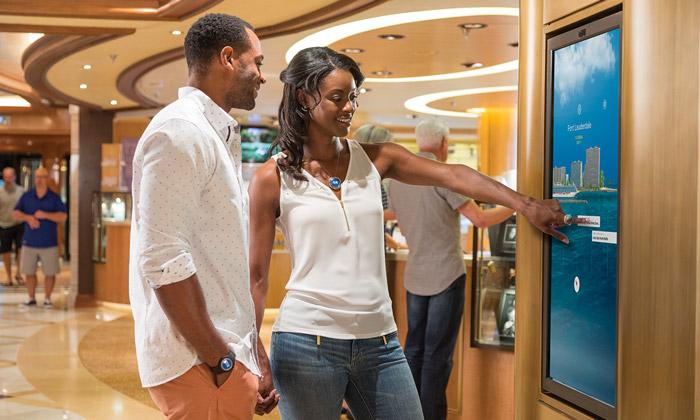 What Ships Will Ocean Medallion Be Available On?

Ocean Medallion will be enabled on Regal Princess starting November 13, 2017, followed by Royal Princess on January 19, 2018, Caribbean Princess March 18. 2018, and then Island Princess May 16, 2018. Other ships will be announced in the future.

O.C.E.A.N. Is the Most Ambitious Innovation In Cruising

O.C.E.A.N. or One Cruise Experince Access Network is that overarching system that includes all the hardware sensors, algorithms, terminals, human training etc. to make sure the experience as as seamless as possible.

Simply put, this is the most ambitious thing that the cruise industry - or anyone in hospitality has ever attempted. Not only are they installing thousands of sensors across each ship, designing a computer system to track thousands of people's locations and remember not just their purchase patterns from yesterday, and last year's cruise but predict future patterns and then ... coordinate a sales team to help make that happen. But it has to happen seamlessly in an environment where even a momentary frustration can become an epic freakout because it's someone's vacation and they expect everything to work flawlessly.

Think of the potential: Princesses' records show that on your last cruise, 80% of your drinks were in the bar by the rear pool deck at 4:30-6:30 pm based on this, plus additional data recorded this cruise they see a pattern. OCEAN will be able to track the fact that you've come back on board and are headed to your favorite spot. Instead of waiting 5 minutes at the bar for your drink, a waiter may greet you ... welcome you back on board and ask if you'd like a daiquiri tonight. That's extra time that you have to spend with your friends and more time enjoying your cruise.

In reality though, Ocean Medallion is exponentially more complex based on what Princess has already shared and how closely tied it is to the core essence of the new Ocean Class Cruising experience they are working to promote. 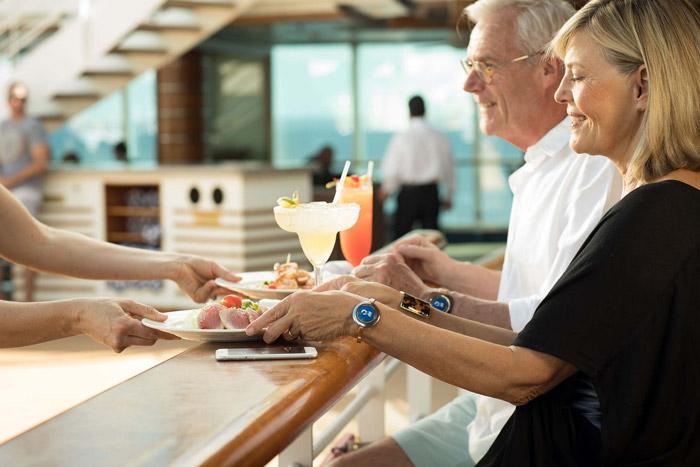 There are a lot of levels that they can scale the service levels though. This could include a very basic one of having the waiters know when you've entered an order and where to find you, to proactively seeking you out so that revenue management can hit their targets. The same as they do now by flooding the dining room with people pushing cordials and limoncello at night and drink of the day around the pool deck. Once they've built the infrastructure, it's something that will continue to evolve, learn, and grow as the algorithms consume even more data points about you and your family from actions on and off the ship. For instance, OCEAN tracks that you wife visits the fashion boutique twice on the first part of the cruise and knows that your anniversary is on the second to last day so it sends you a note with a discount offer to prompt you to buy her something there.

Honestly, If I had heard that Disney was going to roll this out across Disney World, I would have been suspicious but cautiously optimistic. But the cruise industry though? This is hardly a bastion of technology innovation. Even moderate failures like Royal Caribbean's Quantum of the Seas "Dynamic Dining" disaster still echo's through history even years later having killed off a decent idea that if properly implemented, tested, and supported with the right technology could have changed the industry away from the terrible experience of a "main dining room".

Despite the industry's legacy, I've met some of the guys who have worked on optimizing the existing reservation and embarkation systems (not at Princess). They are incredibly smart, dedicated, and are among the top people in their field. Certainly among the people that I know in those roles, they have the ability to create a system like this if given the time the freedom to do it. There really doesn't exist any technology barriers as far as hardware to design. So maybe it can be done and maybe the time is now to take a huge leap forward and break away from the archaic memories of the Love Boat and classic steamers crossing between New York and London.

This lead me to shuck my skepticism that I left the briefings with earlier this year. 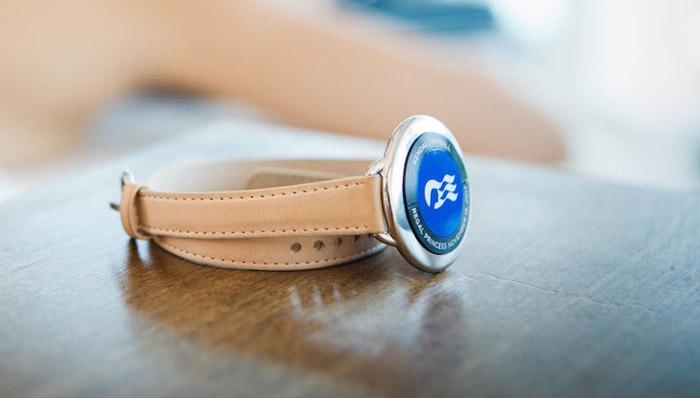 Instead of quietly shaking my head in disbelief and lining up my chair to watch a catastrophe, I decided to take a more optimistic perspective. After all, what we were seeing here is a massive innovation and a push towards creating the sort of sensor enhanced lifestyle experience I've dreamed about in my own house. Sure, I don't have robots to deliver me a beer but here I get smiling waiters to do so instead. The end result is the same and I think it will inspire people to seek out these innovations at home as well.

Despite the fact that it's going to be creepy the first time a waiter walks up to me and says, "welcome back Mr. James! You must be hot having visited those Mayan ruins today, would you like a daiquiri to cool down?" I think I can live with this brave new world of cruising. 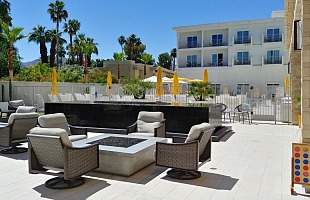 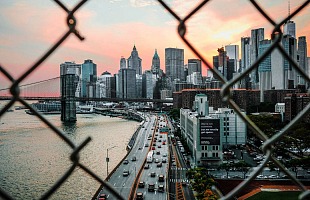 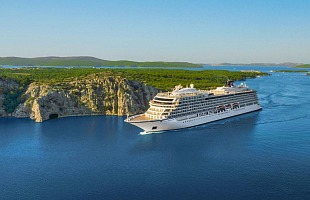