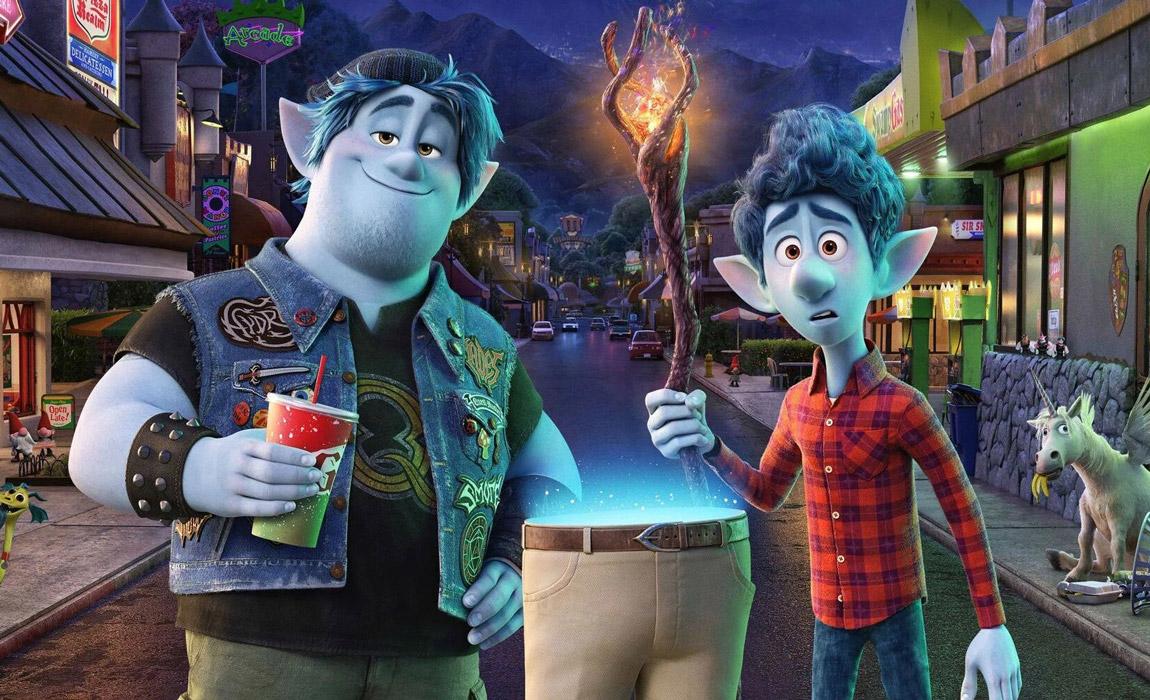 While the movie was released in theaters just a few weeks ago, Onward by Disney Pixar is now available on Movies Anywhere and April 3 in the US on Disney+. A little Indiana Jones, a little road trip movie, a little coming of age movie, and a lot of Dungeons and Dragons, Onward is the tale of two brothers on an epic quest to reconnect with their father who died when they were very young. It isn’t Pixar’s most original effort yet, but it’s fun, thoughtful, and full of adventure, and its ending is heartwarming.

The film premiered in theaters on March 6th and earned rave reviews from audiences, including a 95% Verified Audience Score on RottenTomatoes. With cinemas currently impacted by closures due to the global health crisis, Disney will offer the film ahead of schedule to purchase on digital platforms in the U.S. beginning today at 5:00pm PST /8:00pm EST for $19.99.

In the days past, magic ruled the earth and wizards were the most powerful beings in the land.  But magic was hard to master, so the peoples of the land (elves, centaurs, satyrs, pixies, etc) turned to technology to solve all of their problems, and slowly but surely, magic faded from the land, and now all of these creatures live in a world that closely resembles our own.

Our film’s two brothers are Barley and Ian.  Barley is a wayward soul, always getting in trouble, obsessed with his fantasy roleplaying game, which he’s convinced holds real secrets from their world’s fantastic past.  Ian is timid and awkward, apparently friendless, and the story opens on his 16th birthday. Their mother presents Ian and Barley with a gift from their late father, which turns out to be a wizard’s staff and a spell that will bring him back from the dead for just one day, so that they can be briefly reunited. For Barley, this means a chance to say goodbye, and for Ian, the chance to meet the father he never knew. It turns out, Ian has the magical touch to use the staff and begin the spell.

However, things go wrong, as you can imagine or else we wouldn’t have much of a movie, and it sends the two brothers on their quest to finish the spell and meet their father, before the sun sets the following day and the spell ends.

From there, it’s a pretty typical “quest movie” in the film’s silly fantasy analogue of American suburbia, with touches from the catalog of generic hazards. They are chased by a surly biker gang, but the bikes are operated by groups of tiny pixies. They have to fake their way out of getting pulled over by the police. Pratt seems to enjoy doing his best Jack Black impression, and in fact, the Barley character’s look and mannerisms seem very much inspired by Jack Black characters from ten or more years ago. Holland’s Ian is earnest and empathetic, but he’s almost too introverted and self-doubting at times to really connect with.

For people who grew upon Dungeons and Dragons, HeroQuest, or fantasy movies, as I did, all of the references are familiar and charming.  For those who didn’t, like my date, it’s still fun, but I think some of the effect may be lost. The children who attended the screening all seemed to enjoy it though. They didn’t need to know what a gelatinous cube was, or recognize all the gaming references.

Put together, Onward isn’t going to find a place among the most memorable films from Pixar, and I don’t think it will inspire the kind of franchises that Toy Story, Cars, or Monsters Inc did. But it’s a highly enjoyable way to spend an evening, especially one with the kids.