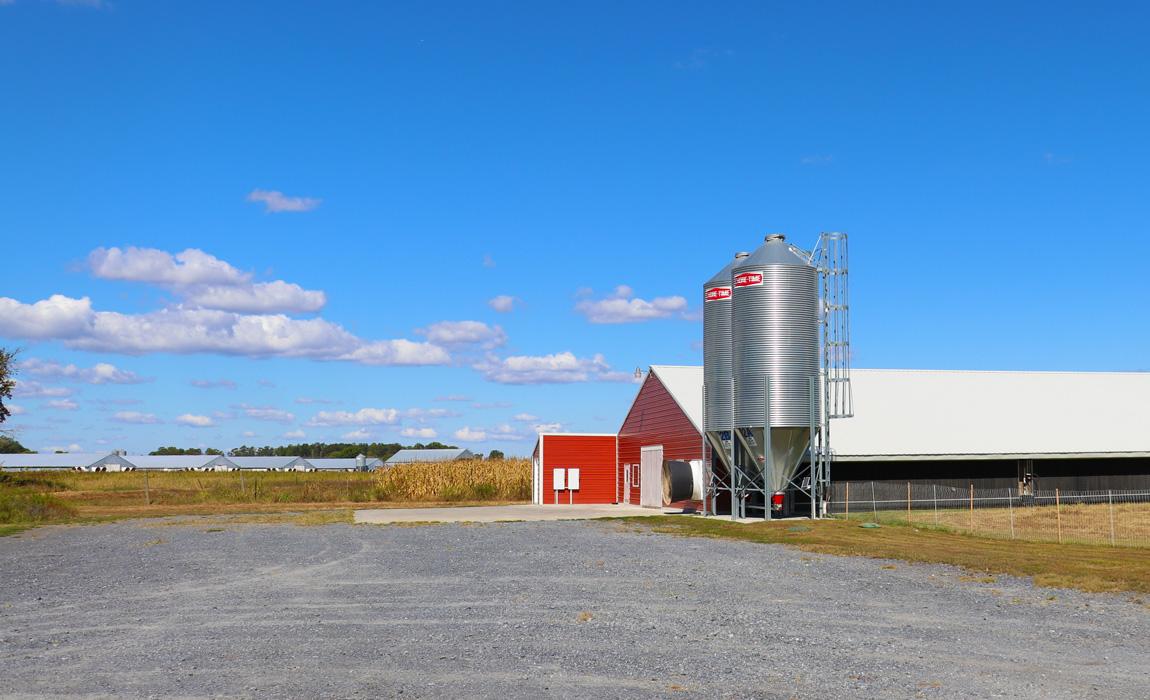 For most Americans, the answer to "where does your food come from?" is simply - the local grocery store. While that's true, it misses the whole point. With the exception of farmers, fishermen, and hunters, few of us stop to think about how our food got to the store shelves and what it went through to get there. I'll admit that some parts of this visit were tough to see and even tougher now to write about. The process isn't always clean or easy but after taking this journey with Perdue Farms to understand the process better I've made some significant changes to how I think about what I buy to eat. 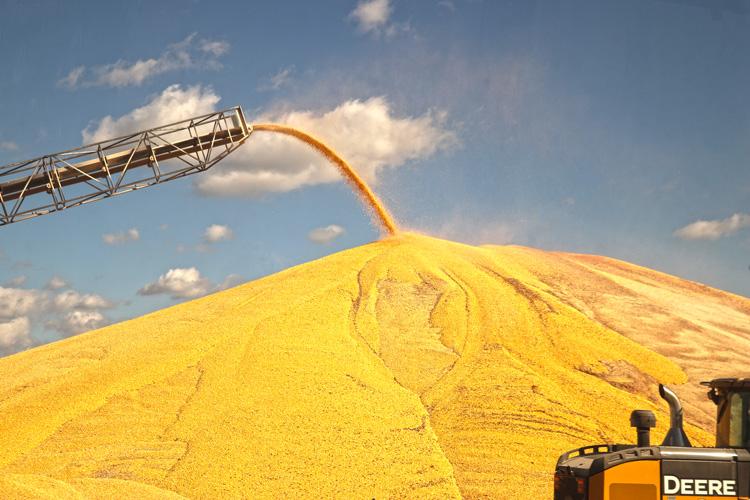 What You Feed Animals Matters

Any pet owner understands the value of treating animals well. Just like us, animals are happier and healthier when you feed them nutritious food with as few fillers, preservatives, and antibiotics as possible. The same goes for animals raised to eat - except the phrase, "you are what you eat" is even more important.

This concept was made extremely clear on the first night of the trip when Chris Perdue - grandson of the legendary Frank Perdue - started talking about Perdue Farms' Spot Farms line of dog treats. After talking about the ingredients he casually broke one in half and ate it. Then he offered some to us as well. I tried it - because that's just how I roll. The next day though, it became clear that this wasn't just a stunt. While walking through a chicken house with Chris, I notice that he has a handful of chicken feed that he's snacking on. 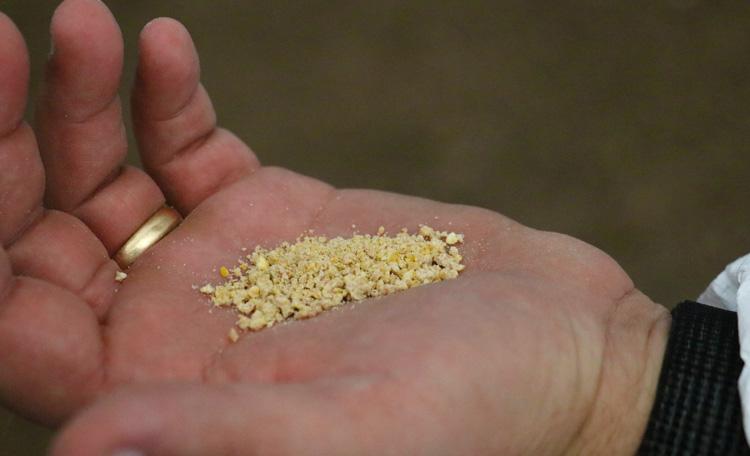 I look over and ask him about it. Then he offers me some to try. I look back at his face to see if he is serious and he is.

Just like the night before, I'm not going to decline this once in a lifetime opportunity. After all, how often do you get a chance to eat chicken feed with a guy who's family revolutionized chicken farming in America?

It tasted good and I tell him that ... his response was simple, "why would we feed our chickens something we wouldn't eat?"

While I can't honestly say that I look forward to a quick snack of chicken feed before dinner, it did change my perception of how chickens are raised. 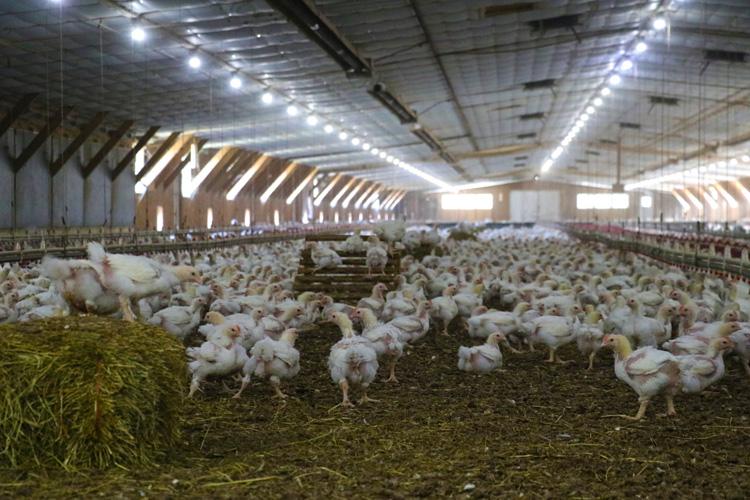 How Animals Are Raised Matters

There's been a LOT fo bad press about the terrible things that corporate farmers have done and unfortunately, the sensational YouTube videos have shaped a not always accurate perception of the industry. Farming is a dirty business. There will be things you don't want to think about but that's just part of the business and it has been for thousands of years. At the end of the day, baby animals - calves, chicks, fawns etc. are cute and they do have wants and needs. They also feel pain when not treated right. There's a tendency to look at them in way that you would a family pet. In fact on the trip I was on, many people picked up the chicks and posed with them for selfies.

I don't fault them for this but I couldn't. There should always be a line between food and pet but that doesn't mean you shouldn't respect the animals. I think that's what impressed me most about talking with the folks at Perdue as well as the independent farmers who are contracted to raise the animals.

Make no mistake, these farmers are businessmen but they sincerely care about the animals more than just money.

For instance, the amount of innovation that goes into chicken house design to make them a better environment is astonishing. While many photos of similar facilities that you will find online show dark, overcrowded barns with chickens packed in shoulder to shoulder, that wasn't the case here. Chickens naturally like to gather together but in the chicken houses that we visited, chickens had plenty of room to move around. Furthermore, chickens like to have places to stand on as well as seek protection and hide when they get bullied. (yes - chickens will fight with each other)

As a result, not only does this chicken house have plenty of natural light and space but there are bales of hay to climb on and objects to hide under. Perdue Farms even organises innovation contests with its farmers to constantly improve this.

You will also notice that while there's talk online about chickens raised with breasts so big that they can't walk around and instead are planted to the ground - that is not the case here.

When I asked the rep about that, he told me that simply that wasn't good for the chickens. Chickens that can't walk around won't have good quality meat and they will get sick more often. Neither of those is good for business or the chickens.

Perdue's goal is ultimately to raise the best chickens possible and make money doing so. As a result, some industrial practices used by other companies that thrive on producing the cheapest product as quickly as possible just don't apply here. 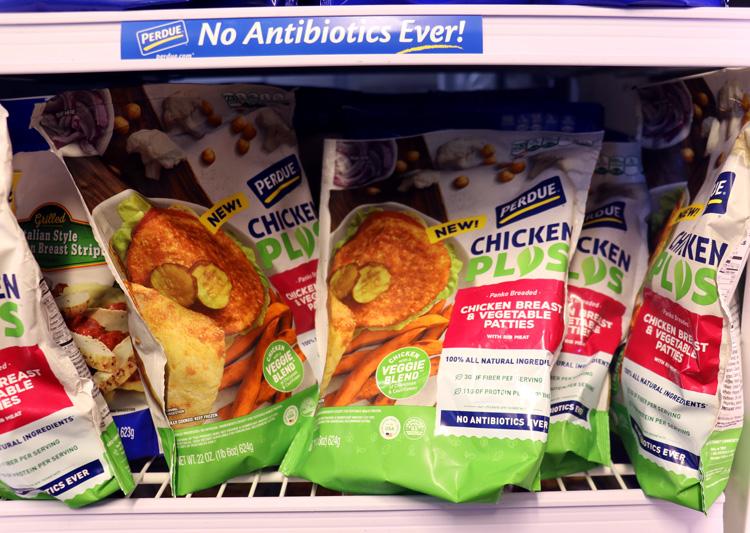 Innovation Continues With New Products And It's Not Just Meat

The Perdue name will always be synonymous with premium chicken and they have broadened that now to "Premium Protein". Trends are changing and people are looking for new ways to eat as healthy as possible. Chicken still remains one of the healthiest and least expensive forms of food and that's why it is the dominant meat source around the world.

However, today Perdue Farms is exploring new ideas such as Chicken Plus - a processed mixture of chicken breast and 1/4 cup of vegetables per serving. It comes in patties as well as dinosaur nuggets and it tastes surprisingly good for something that isn't entirely chicken. 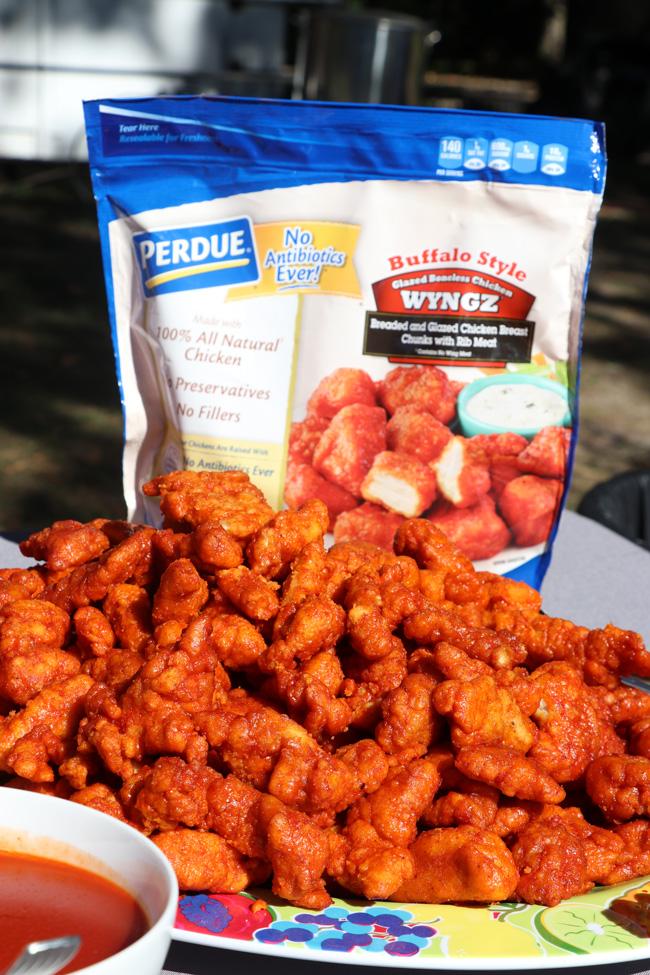 Of course, for those purists, there's still processed-frozen products like their Buffalo WYNGZ ... 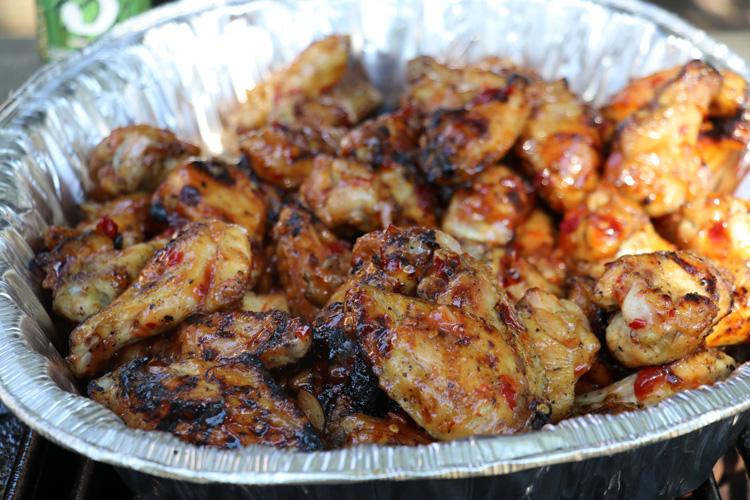 and good ole classic wings to grill up yourself for a tailgate party.

Perdue Farms makes a huge variety of products and has sister companies that fill out the spectrum even wider. Perdue Farms brands like Coleman Natural and Niman Ranch produce beef and pork products with similar attention to quality and animal care.

What Impact Did This Journey Have For Me?

There are a ton of other products that we'll be sharing in the coming weeks and months but I wanted to share an introduction to my experience with Perdue Farms and why I'm especially interested in supporting a company like this.

I grew up spending summers on a family farm but today I live in an urban loft in San Diego. I've become disconnected from where food comes from and want to change that. One simple change that I made after getting home is that the extra price for free-range eggs and higher quality meat. The challenge though is that when browsing through aisles at the grocery store, "more expensive" doesn't necessarily mean "better quality care" or more responsibly raised animals. That's why what the other blogger ambassadors and I are doing is so important. We're excited to share the Perdue Farms story and I don't think any of us would be doing that if we weren't genuinely impressed by how transparent and open the company was about moving the conversation forward. My hope is that this doesn't just stay a "Perdue is great!" conversation but actually starts conversations about the way we can develop more sustainable, environmentally friendly, and humane ways of feeding our families.

On this journey, things began to come together. A sharper view and a new perspective on things like the importance of family-owned businesses, environmental responsibility, health and nutrition, politics and government regulations, as well as ultimately making the right food choices all began to emerge. I wish you guys could have joined me on this trip but the best I can do is share my thoughts and answer any questions that you might have.

We're going to have fun working with Perdue Farms and while I'm getting paid by them to share my thoughts, the reality is that it comes naturally with a brand that I love this much. 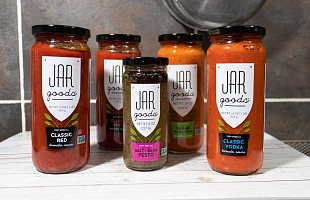 We Love Jar Goods! No, Not All Pasta Sauce Is The Same

We Love Jar Goods! No, Not All Pasta Sauce Is The Same 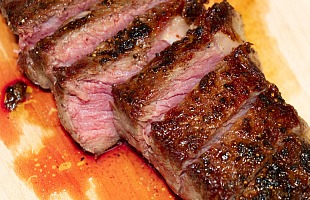