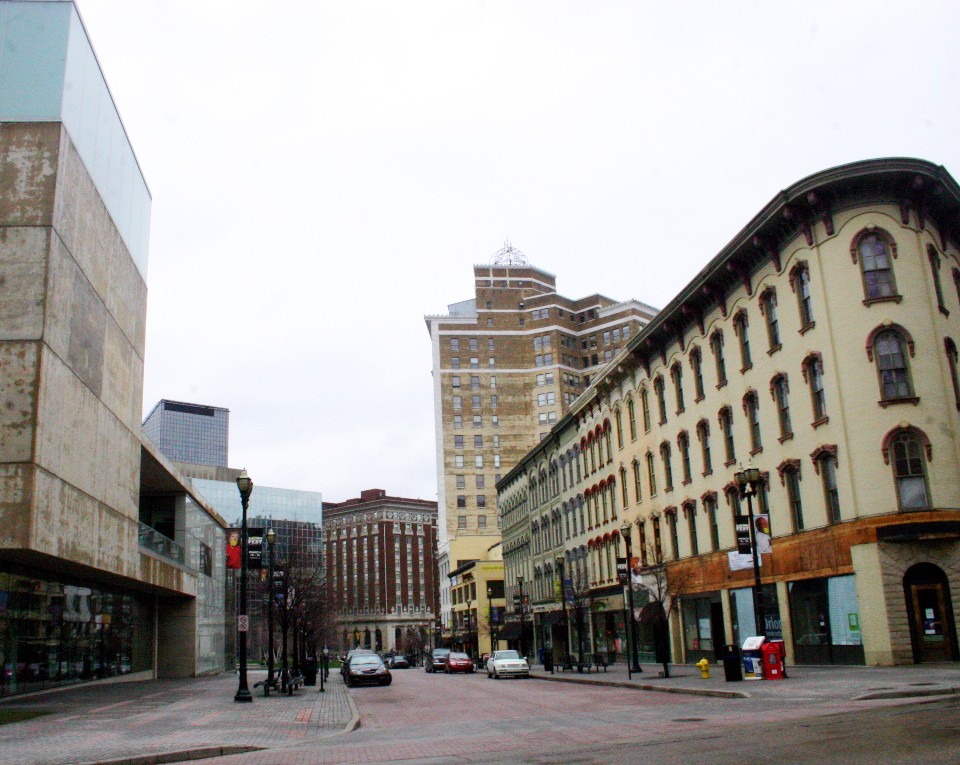 Perhaps best known for its multitude of office furniture manufacturers, Grand Rapids, Michigan, might not readily come to mind as an exciting and compelling destination for weekend getaway. For despite the huge money that's been sunk into a ton of new construction in a city with a beautifully historic core, I haven't really noticed that the city has done a fantastic job of promoting itself, at least into the Chicago area.

A few years ago, the new, environmentally-progressive Grand Rapids Art Museum building got a bit of press and I stopped by the Western Michigan city of 188,000--it's metro population swells to 774,000--on the tail end of a Springsteen tour-centered road trip to Cleveland & Detroit.

I was tremendously surprised by how much construction was going on in the city--infused by the wealth of Amway founders Richard DeVos and Jay Van Andel, whose names adorn new medical facilities and much else--and made a note to revisit at some point.

Another American rock 'n roll legend made for the perfect excuse. Michigan's own Bob Seger was back on the road with the Silver Bullet Band and a Saturday night show on April 2 at the Van Andel Arena was ideal for an easy 3-hour drive up on Saturday morning and back on Sunday evening.

One might be surprised at how many top concert acts play Grand Rapids (active list on Pollstar.com) and the city is also a Broadway tour stop, thanks to the DeVos Performance Hall. There's also a minor league baseball team in the area--the West Michigan Whitecaps--so whatever your taste in live events, one can likely be the stimulant and centerpiece of a fun weekend.

The Seger show was excellent and you can read my review here. While I never mind taking in an art museum, having found the GRAM to be better in its design than its collection--although still worth a look for first-timers--on this trip, I took in the following: 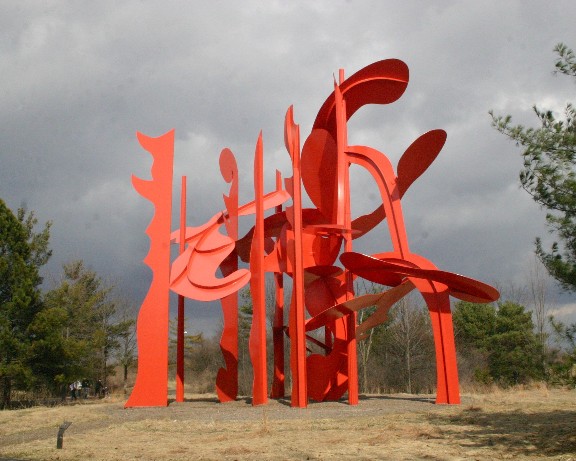 Arriving at around 2:00pm on a chilly, rainy day, I was somewhat surprised to find a long line, and waited about 20 minutes to enter what I had read is Michigan's second most popular tourist destination.

But it was well worth the time spent, with a sprawling indoor conservatory--featuring butterflies between March 1-April 30--, a great indoor temporary sculpture exhibit on Jim Dine (through May 8), two wonderful glass installations by Dale Chihuly, an aquarium full of turtles and a huge, but comfortably walkable sculpture park.

The collection was about as good as any I've seen, with works by Auguste Rodin, Henry Moore, Joan Miro and many other artistic luminaries, including a great one shown at right by Alexander Calder (who also has this work in downtown Grand Rapids, in a setting reminiscent of his Flamingo in Chicago). 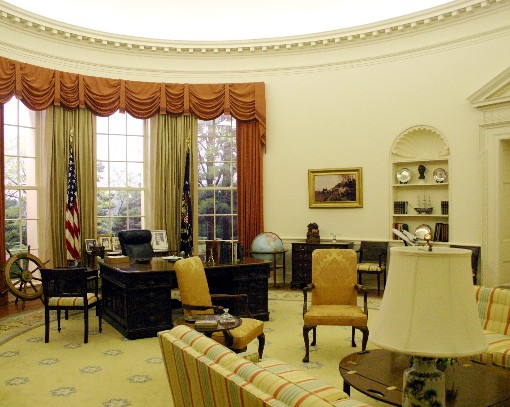 At first blush, a President who was never elected to the office, nor that of Vice President, and only served 2-1/2 years as the country's Commander in Chief, might not seem like the most inspiring subject for a museum.

But as much of the impressive main exhibit on Ford, a Grand Rapids native, focused on his rise to power in the wake of President Nixon's Watergate scandal-driven resignation, the material was rather fascinating. And while Ford may have not have had the time nor the mandate to accomplish much in his time at the top, he did oversee the end of U.S. involvement in Vietnam, and the "Saigon Staircase," which had been used to help evacute the American Embassy, was one of the museum's more evocative artifacts.

There was also a full-sized replica of the Oval Office of the White House, as it looked during President Ford's tenure, as well as a replica Cabinet Room. A section of the permanent exhibit devoted to artifacts of the '70s was fun to see and a temporary exhibit of war photographs made for a harrowing conclusion to a robust 3 hour visit. 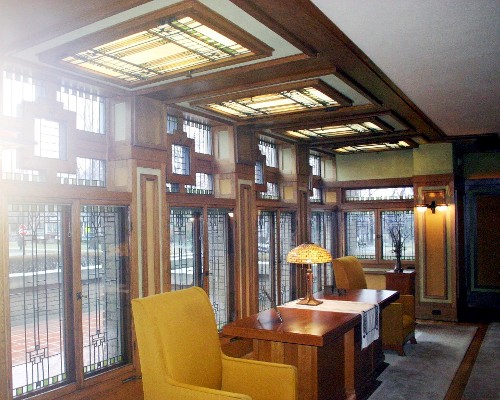 I've long been a big fan of the architecture of Frank Lloyd Wright and have toured at least 20 houses and buildings he designed. Of these, the Meyer May House, built in 1908, not only features one of the most sublime interiors, but the excellent guided tour is provided free of charge, courtesy of Steelcase, the furniture giant who funded the home's restoration in the late 1980s.

The photo at right provides a glimpse of the house's incredible living room, featuring numerous art glass windows that are also plentiful throughout the entire home.

I didn't quite have time to get here on this visit, but had read good things about it in a AAA Tourbook, its website indicates that there is definitely much to see and like much else in Grand Rapids, the building looks new and spiffy. 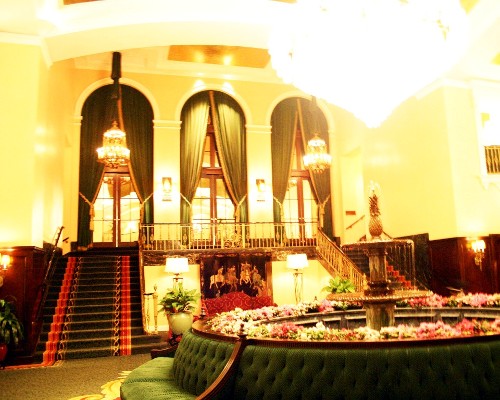 Since I was traveling alone and had spent a decent buck on the Seger ticket, my lodging choice was a cheap motel by the Grand Rapids Airport, which was perfectly fine for my needs. But for those looking for something a little more romantic, or just more posh, the splendid Amway Grand Hotel--built in 1913 as the Pantlind Hotel--offers a pretty decent bargain for a luxury hotel. Rooms seem to start around the mid-$150s, which is a fraction of what it would cost to get anywhere near a place like this in Chicago, New York or elsewhere.

And the Amway Grand is right across from the art museum in the midst of downtown Grand Rapids, which mixes architecture from before and after the 20th Century to make for a highly enjoyable place just to stroll around.

So next time you're looking for an interesting place for a weekend jaunt, open your eyes to Grand Rapids, which seems to be getting even grander by the year. 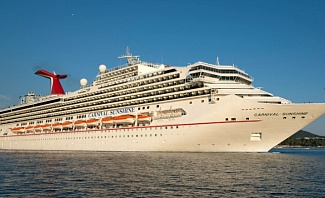 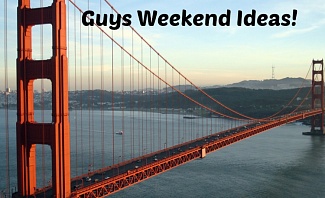 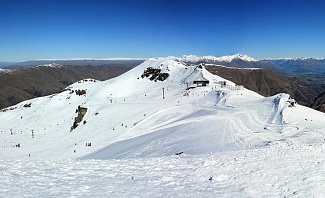