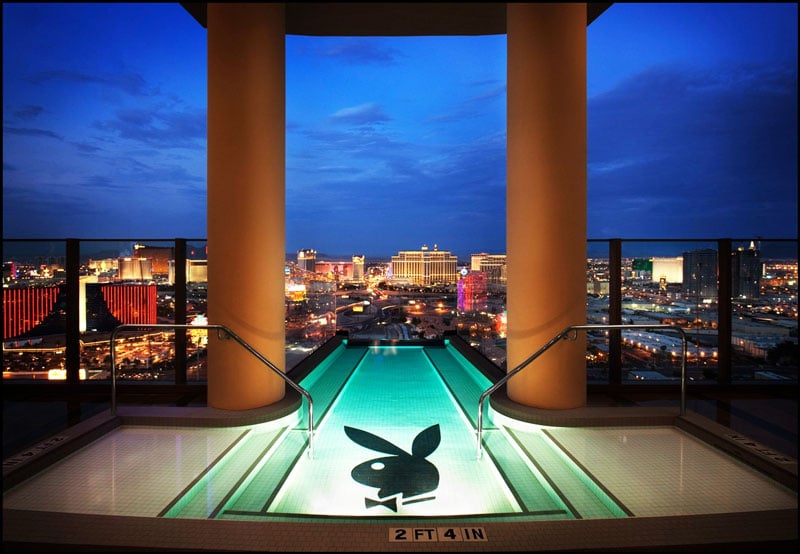 Almost all hotels and resorts have pools, but in the ever competitive travel market, there are few resorts that take the concept of a resort pool a step further with extreme opulence or features you never even considered. The following are our top ten favorite ultimate hotel swimming pools.

From extreme adventure to the playboy lifestyle, Palms Casino Resort features an equally over-the-top pool cantilevered out off the side of the hotel featuring spectacular views of the Vegas strip. The suite itself is spread out across 9,000 square feet and comes complete with 2 Master and 2 Guest bedrooms, a personal glass elevator, and 24-hour butler service. 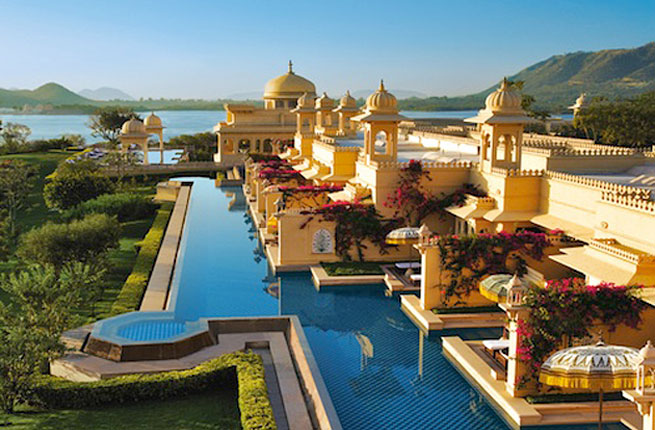 Located in the heart of Rajasthan, a city of majestic palaces and beautiful lakes, it is only right that the Oberoi Hotel's pool evokes the legendary opulence of a traditional Indian palace. 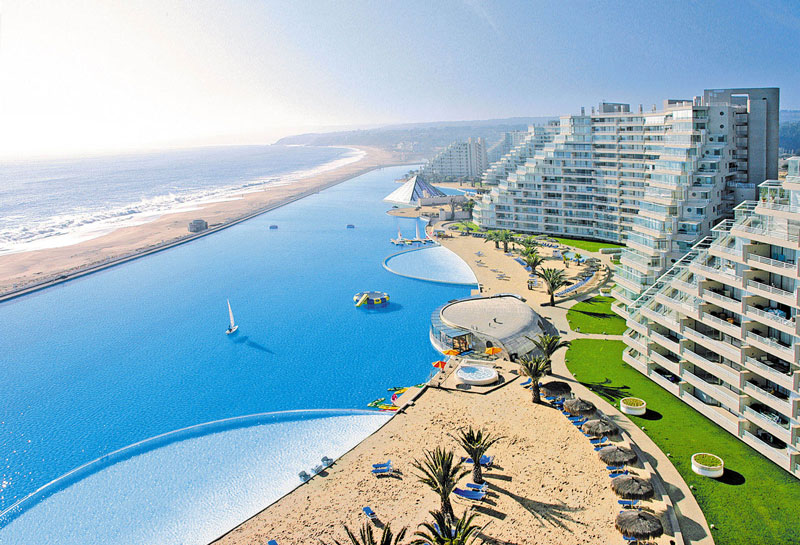 They say that size doesn't matter but apparently the pool designers who created the San Alfonso del Mar didn't agree with that sentiment when they created this stunning saltwater lagoon featuring 250 million liters of water. That's about 6,000 typical 8-meter long pools that you probably have at the community center! Even better is that while the lagoon retains the turquoise color of the sea, it is actually 9 degrees warmer - providing for the ultimate swimming experience. 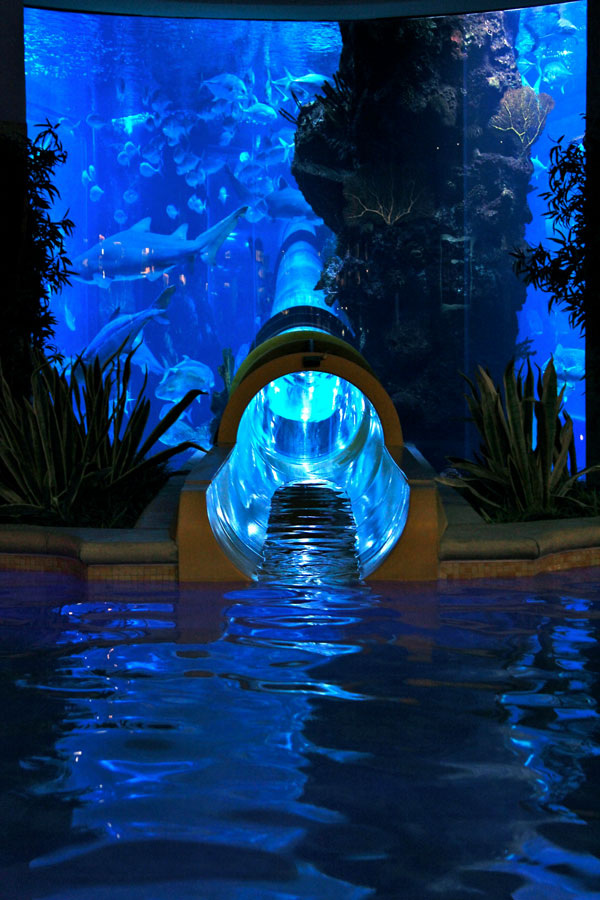 Hotels in Vegas are constantly working to one-up each other, but how about a water slide with clear walls that goes through an aquarium stocked with real life sharks while your buddies watch? That's exactly what the Golden Nugget in Las Vegas delivers. Are you brave enough? 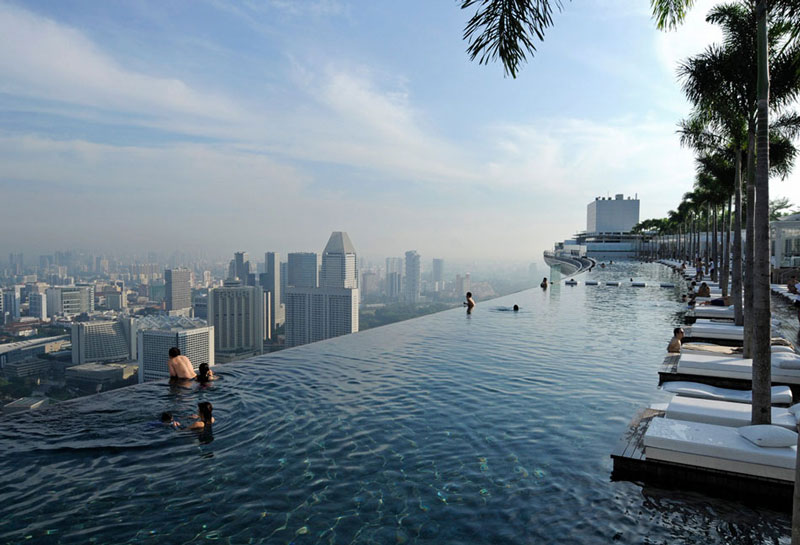 Developed by the Las Vegas Sands company, at more than $5 billion, the Marina Bay Sands Sky Park complex is the world's most expensive stand-alone casino property and the pool is similarly legendary. Placed on top of 3 55-story hotel towers, the Sky Park is 200 meters above the city and features a 150-meter infinity edge pool 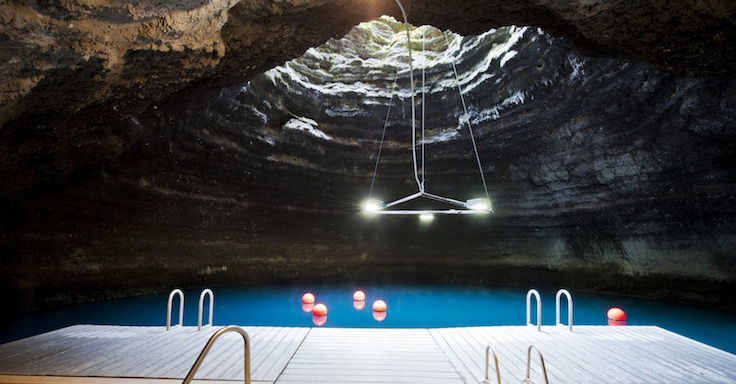 Fed by the midway geothermal springs, and covered by one of the largest mineral domes in the country, "The Crater" is a 10,000 year old geological wonder that absolutely qualifies for one of the top 10 pools in the world. Despite the wintery weather outside, the water maintains a constant 90-96 degrees year-round with natural sunlight let in through the hole in the roof. The Homestead resort where this is based has built out a number of relaxation decks to provide for the ultimate pool-side experience as guests soak in the warm and crystal-clear mineral water. Because of the the huge scale of this hot springs fed pool, it is also the only warm-water scuba site in the continental US.

You may have thought that a roof-top pool at 200 meters above the ground was impressive, but the folks in Hong Kong decided to go a step further with an enclosed pool located on the 118 floor of the new Ritz-Carlton Hong Kong. This is the world's highest hotel pool and while it isn't the largest, fanciest, or most exotic it does feature glass windows spanning the entire length and features a wall entirely constructed of LED video screens. Plus, at 490 meters, the height and views of Victoria Harbor alone deserve to be seen. 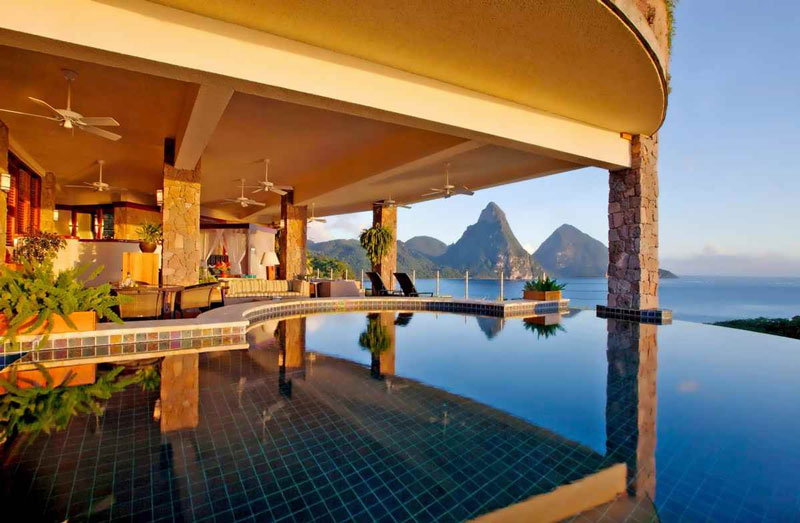 While this isn't the biggest or most extreme hotel pool, the amazing infinity pools at Jade Mountain Resort in St Lucia exude a sense of luxury lifestyle that demands that they are featured in this list. Perched over the side of a cliff, guests at the hotel can enjoy these private infinity pools with unobstructed views of St. Lucia's legendary beauty including the famed Piton's. 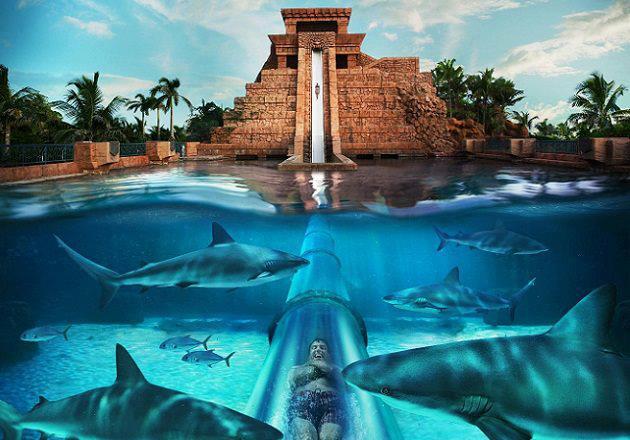 There are simply too many amazing pools at Atlantis so single out just one almost diminishes the rest. However, where else in the world can you slide down a Mayan Pyramid and through shark infested waters before ending up in a tropical lagoon? 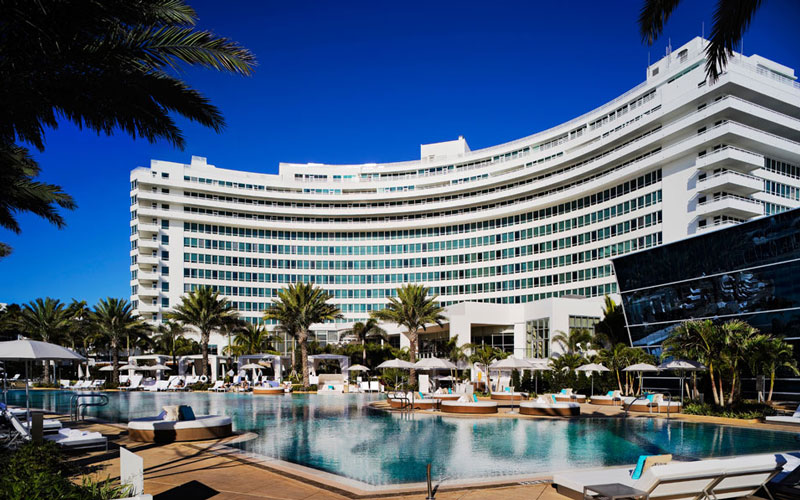 This pool is the centerpiece of the most famous and luxurious hotels in the world and certainly the Fountaine Bleau is the epitome of Miami lifestyle. Housed in the a resort that first opened in 1954, the 1504-room resort features a pool that was featured in films ranging from A Hole in the Head with Frank Sinatra to 1964's James Bond film Goldfinger, 1983's Scarface, 1988's Police Academy 5, 1992's The Bodyguard, and has appeared in TV shows ranging from The O.C. to Live with Regis and Kelly, and even the 2008 Victoria Secret Fashion Show. 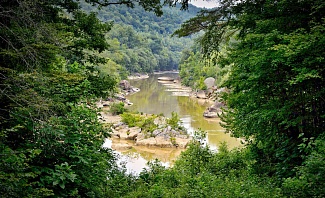 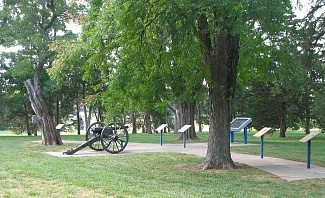 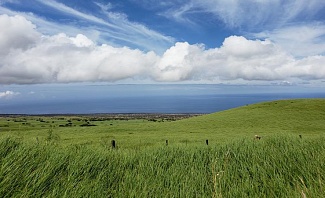 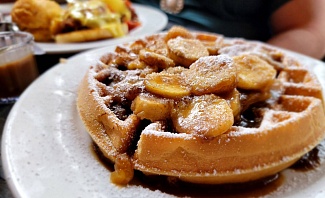