In what Marvel Studios likely expected to be this year’s biggest film before the box-office dominance of February’s Black Panther, the Marvel Cinematic Universe (MCU) teams up two directors with about two dozen superheroes in an intergalactic battle against Thanos, the giant purple genocidal maniac bent on collecting the six Infinity Stones which will allow him to control reality and unleash is evil plan upon the universe.  And the only people standing in his way are Iron Man, Spider-Man, Captain America, Thor, Hulk, Star Lord, Gamora, Drax, Rocket the Raccoon, Scarlet Witch, Black Panther, Black Widow, Purple Horseshoe, Doctor Strange- you know what, let’s just say “a lot of characters,” and one of those was a cereal marshmallow anyway.

The film, by necessity, hurtles along at a fairly breakneck pace, so don’t expect to get time for a bathroom break. The film has so many characters it’s always trying to get back to the group you haven’t seen for about fifteen minutes or so, just to make sure you hadn’t forgotten they had something to do in this interplanetary chase against the clock. As the film flips through the subplots, one group seeks to stop Thanos from getting his stones, another group to seek out a weapon to kill Thanos with, and another group tries to figure out how to stop Thanos’s minions from stealing one of the stones, and, well, you probably get the picture.  There’s a lot of chasing, searching for Infinity Stones, a fair amount of fighting, and the usual heavy dose of Marvel Humor mixed in. 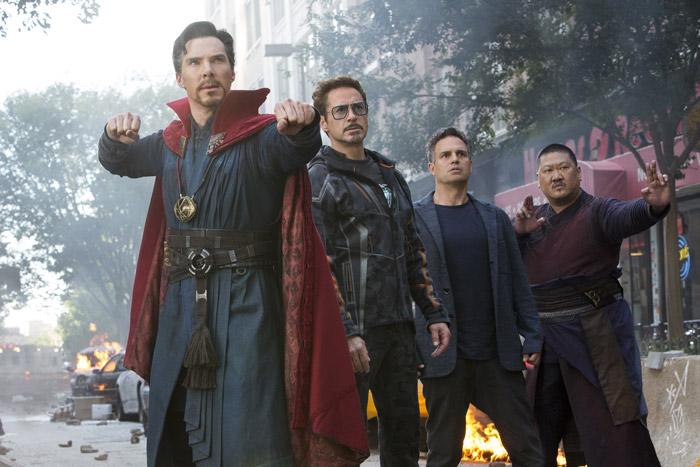 The shining group, at least for me, ends up being the dynamic between Robert Downey Junior’s Tony Stark (Iron Man) and Tom Holland’s Peter Parker (Spider-Man) as they try to help protect Benedict Cumberbatch’s Dr. Stephen Strange, who possesses one of the Infinity Stones Thanos is seeking.  Of all the actors to portray Spider-Man on screen, Holland has been my favorite so far, as he has best struck the balance between the geeky awkward kid and superhero of the Spider-Man character’s early days that Tobey Maguire fell too far into the former and Andrew Garfield fell too far into the latter.  And Robert Downey Jr needs little introduction as Iron Man since at this point he owns that role as much as Hugh Jackman owned Wolverine. The relationship between them feels the most natural of all the character groupings, with Tony Stark as the reluctant and flawed mentor to Parker’s naïvely enthusiastic and youthfully optimistic foil. And while this might have been one of the more predictable on-screen duos for an All Hands On Deck ensemble film given Stark’s appearance in Spider-Man: Homecoming, it pays off the most. And Strange, for his part, also meshes well with Stark, playing the foil to Stark’s boundless ego. As a combination, their segments of the film work the best.

The rest of the actor groupings work well enough, and while some of the humor seems formulaic and expected at this point (yep, he’s Groot), fans of the individual franchises will probably be fine with it.  You get Thor, Rocket and Groot on one mission, the rest of the Guardians of the Galaxy on another, and finally the rest of the Avengers on another.  The movie spares no expense dishing out superhero action, and the fights and quips flow in a torrent, broken up only momentarily by a dialog every so often. The movie really just has no time to waste on very much talking.  And while it will keep most viewers from ever getting bored despite the two hour and forty minute run time, this also makes it hard to ever feel the weight of how serious the film’s plot is supposed to be. 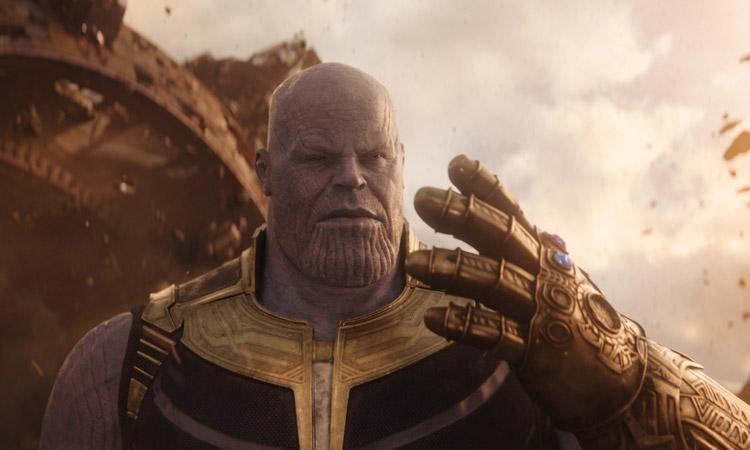 Josh Brolin brings a certain amount of gravitas to the amorally pragmatic evil of Thanos, but like any story with an Apocalypse MacGuffin, believable character motivations are difficult to establish for the villain. He comes off as impatient more than anything. As if his decades-long quest suddenly has to be completed before next Tuesday.  Thanos begins the movie with a giant space ship and a powerful army and as it goes on he gains more and more power. Why is he suddenly in such a hurry? Only one of the stones seems threatened to permanently end up beyond his grasp, and ironically, this is the one he is most lackadaisical about retrieving, sending a string of lackeys instead of going himself.  But it’s a small matter. Nobody came to see a character study on Thanos.  They came for the action.

As fun, energetic and dynamic as the fight scenes are, the only real weakness of the film for me was the time it spent on the big last battle. It’s just so disjointed and silly and long. One army lines up in a formation reminiscent of Bronze Age battles between Rome and Carthage, complete with shield formations and spears, which seems amusingly anachronistic in a world with guns and flying suits with missiles. And yet the second those formations would be useful against an onslaught of beasts, they break into an all-out charge and get stuck in a swirling melee. That army’s general is certainly no Hannibal Barca. Doesn’t really matter, as his enemy is no Scipio Africanus, as the enemy holds its biggest weapons in reserve for no apparent reason other than to raise the stakes ten minutes or so into the action. The reality is that there’s just so much going on in Infinity War, it seems like this battle, which serves no greater purpose than to just “be a big battle,” eats up a lot of screen time for the sake of piling on the visual effects.  When it finally ends, the outcome was irrelevant to anything anybody on the battlefield did. Surely there was something else for Captain America and Friends to have been doing before the dramatic conclusion. 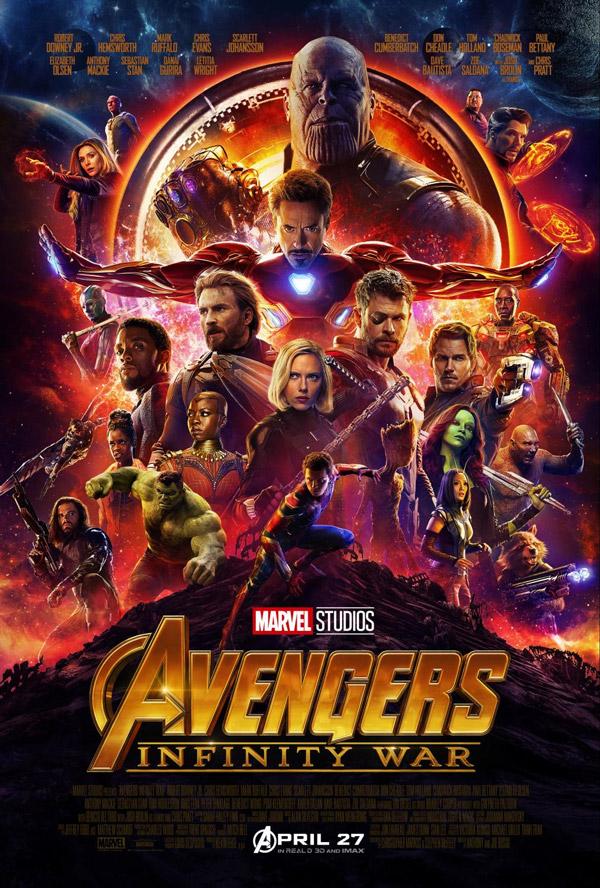 In the end, this may be one of my favorite films in the MCU so far.  It really just rolls along generating its own momentum, and it remains fun and engaging at all times. Is there really much more to ask from a film based on a comic book crossover? There are a handful of cameos I won’t spoil, one of which is an absolute gem. This is basically Cameo: The Movie, or alternatively “Hey, it’s that Guy” The Movie. The only guys left out seem to have been Ant Man and Hawkeye, but, I mean, is anybody going to miss them? I still find it hard to figure out why the Avengers are so irresponsible as to keep bringing Black Widow along to their superhero battles when her powers are hitting people with sticks and she’s getting stuck in with a super soldier, a god, a witch, a super-powerful android, and a giant green guy.   I mean, why hasn’t Tony Stark at least given her a suit yet?  Seems like he has more than a few spares.  The dude really is a jerk.  It’s probably why Hawkeye is on strike.

Let’s say: 3 out of 4 stars. Have I done four stars or five?  Can’t remember. Give it one fewer than the maximum. 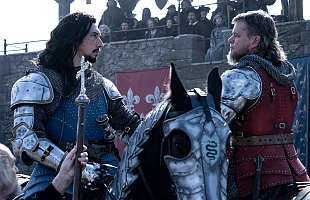 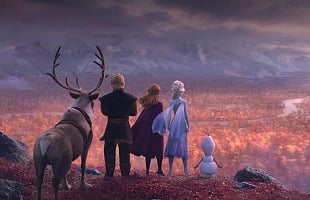 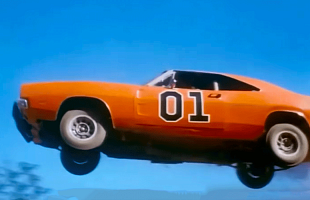