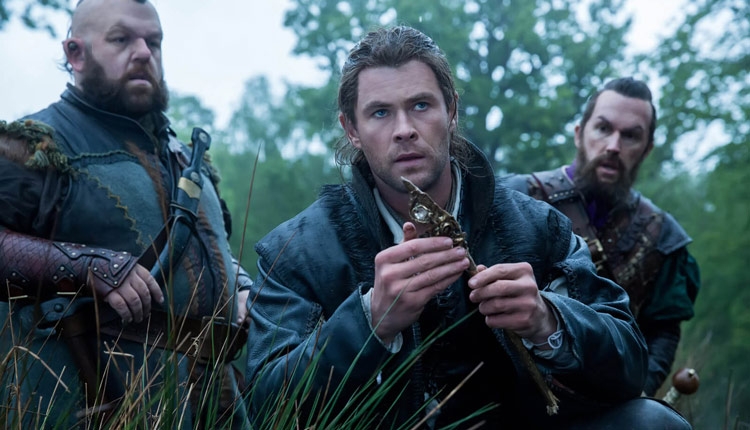 Some movies are works of cinematic genius designed to be studied by film students and others are simply meant to be enjoyed. The Huntsman: Winter's War falls into that latter category and enjoy it I did. I didn't see the first movie - Snow White and the Huntsman, so I can't compare it to this one. However, if you loved Frozen but thought it would be cool to have a live action version with child soldiers, some slapstick humor, flaming goblin guts, romantic hot tub scenes, and two sisters that well ... didn't exactly get along ... then this is your film.

This movie is not exactly a prequel but rather a prequel that then flashes forward to tell events following the original Snow White and The Huntsman. If you haven't seen the original movie, don't worry - you won't have any problem following along here. While Snow White is mentioned, this is not her movie. 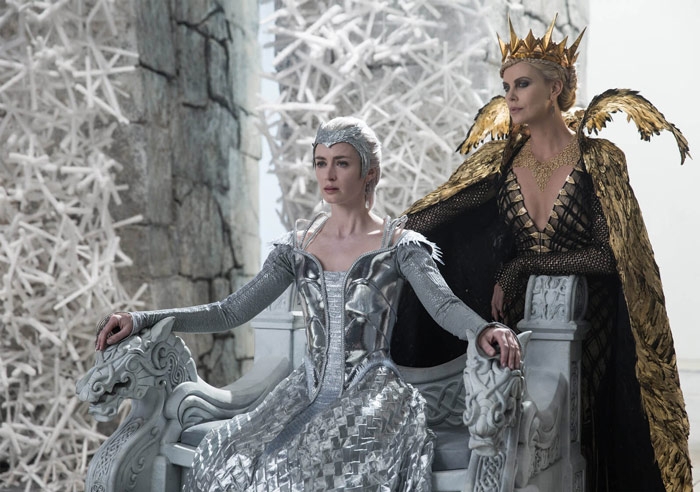 Instead, it focuses on the relationship of two sisters - Queen Ravenna (Charlize Theron) and her sister Freya (Emily Blunt) who quickly turns into the Ice Queen following an act of betrayal that results in her powers coming to life.  Having been shown that love only brings pain and suffering, she retreats to a kingdom far to the north where she decides to raise an army of child soldiers that are brutally ripped from their (presumably) loving parents. This army of Huntsmen - knowing only her "love is a sin" lifestyle - serve as her protectors, with the only rule that no two of them should ever fall in love. (Do you catch the almost forced "love" theme yet?)

The rest of the film then goes on to explore a diverse set of threads to different "love" scenarios not the least of which will be between Eric (Chris Hemsworth) and Sara (Jessica Chastain) aka "Bad Ass Red Headed Martial Arts and Archery Chick". This is one area where things can get complicated because it does bounce sometimes awkwardly between a serious "Game of Thrones" / "Lord of the Rings" type tale and a comical romp with dirty jokes and ironic situations.

As the plot unfolds, the duo are joined by a group of dwarfs that give us some disturbing looks into dwarven love and courtship. It also provides us with some great visual fantasy scenes and action sequences to make it as enjoyable as anything else in the genre. 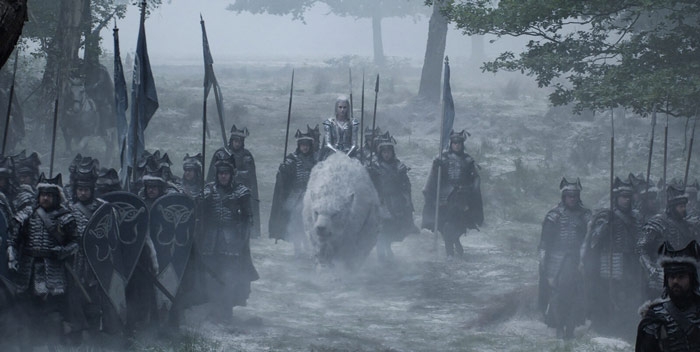 As I mentioned above, this movie isn't perfect but both Heather and I enjoyed watching it. The Huntsman: Winter's War was perfect for date night since it wasn't too serious and had something for both sides - cool sword fighting, dwarves, dirty jokes, drunken bar fights, and side boob for me ... as well as gorgeous dresses, multiple love stories that support the main theme, and of course deception between two sisters for her.

What's not to love!

The Huntsman: Winter's War opens up on Friday, April 22.