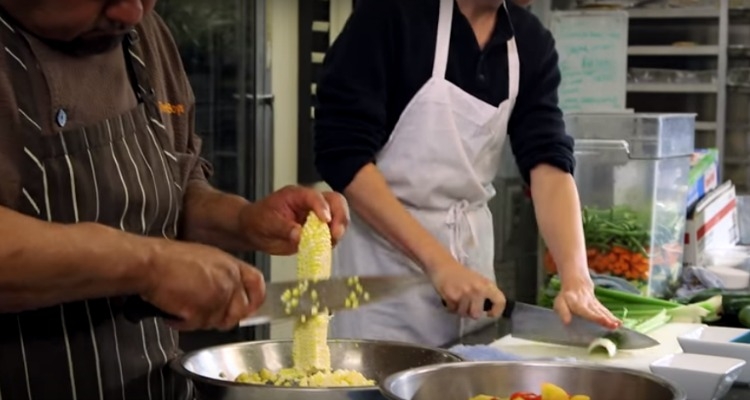 Over the past few months, we've had a chance to look at some jobs that people have where you might not have really appreciated all the work they do but it's actually pretty cool. Today, we're looking at Mike Perez, Sous Chef of Hearty Boys Catering in Chicago and what it takes to be the man behind those amazing meals you enjoy at corporate events and celebrations like weddings, retirement parties, and grand openings.

So far this year, in the "1 in 100 million" web series, we've had a chance to learn about a ton of amazing jobs - from alligator wrestlers to truck drivers and zoo keepers. Now, Kronos is sharing another of their videos from the American Worker Campaign highlighting Mike Perez, Sous Chef at Hearty Boys Catering. 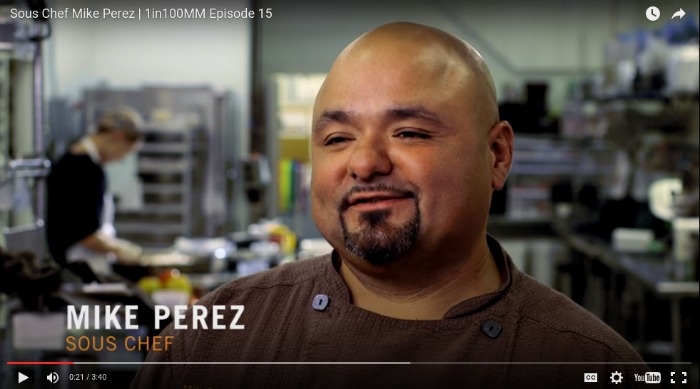 One might initially think that to be a great chef you need to have gone to culinary school and be a sort of fu fu kind of guy. That's not true of The Hearty Boys - they are self made and passionate about customer service and making guests feel welcome. Instead of a background in culinary arts the couple were actually trained actors in New York city. Their story goes against what you might otherwise expect in the industry - especially in a city like Chicago where there is no shortage of great restaurants or talented caterers. Dan Smith and Steve McDonagh, founders of The Hearty Boys started their career by rolling up their sleeves and "just doing it".

With leadership like that, it's no surprise that they would do things a little different when sourcing the talent to run their kitchens.

That's where Mike Perez comes in. He had no culinary experience and probably had never really consider food a career until he found his passion in a prison kitchen. Upon release, he joined the Silver Form program that Dan and Steve helped develop for at-risk people looking for new careers. Out of 330 applicants for the program, he was one of only 20 chosen for the program. Since then, he has transformed his life and is now the Sous Chef for the Hearty Boys Caterers - second to the chef in preparing all the food for each event.

In addition, he also runs his own business selling fresh produce to 15 different restaurants.

It's always inspiring to me to hear stories like this and that's one reason why I love this video series by Kronos. So often we look at a business and we see the sales people or the advertisements but we never think about all those people who work hard behind the scenes with little to no recognition. But then you hear stories like Mike's and it makes you want to learn more. Kronos is the leader in work force solutions that like people such as Mike, help business organizations run smoothly. They are releasing a new video every month that highlights another amazing "behind the scenes" person, so make sure to check out their site for even more great stories!