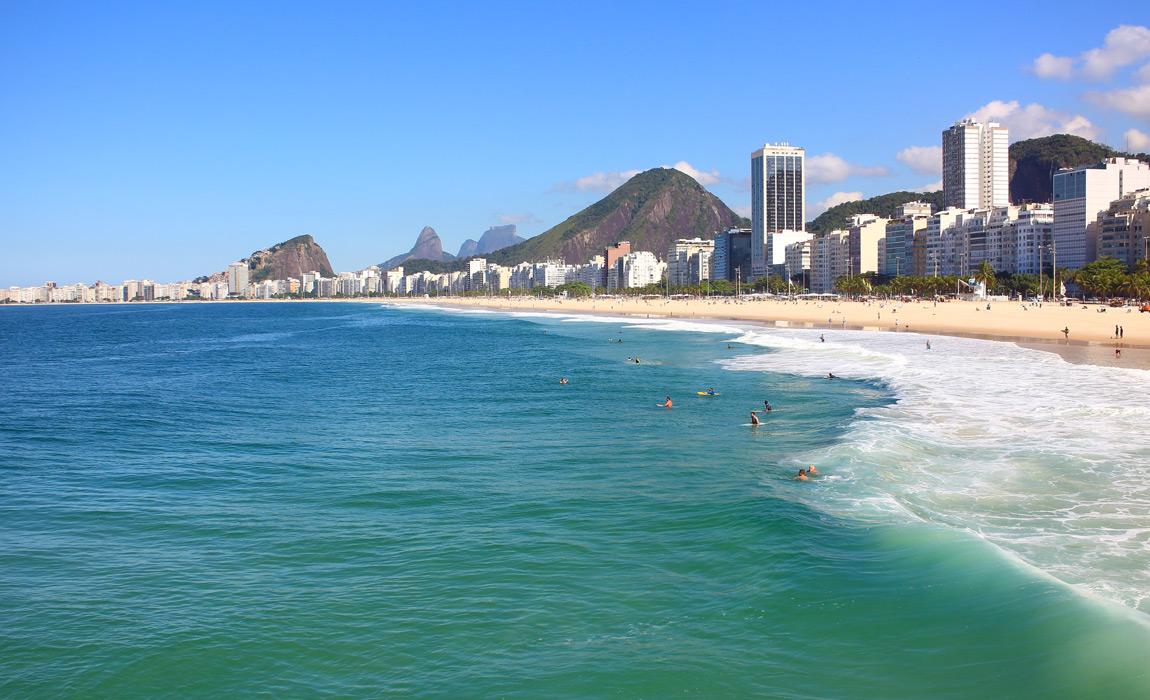 There comes a time in a man’s life when he can no longer resist the calling of the beach party and this makes a beach party bachelor party that much more awesome. Beach parties have it all: the loud music, the cocktails-on-ice, and the sea to cool off after dancing like a madman. But where should you go for the ultimate beach party?

It’s worth pointing out that beach parties aren’t limited to Europe. They’re found all over the world, not only in the US but also in the Far East. Less of a song and dance is made about many resorts, but that doesn’t mean that they are any less appealing. In fact, some of the lesser known venues have a unique atmosphere and feel more intimate compared to locations which try to appeal to mass audiences.

So where should you head for the ultimate beach party? Take a look at some of these wild ideas.

Let's start with one of the most iconic beaches in the world - Copacabana beach in Rio De Janeiro, Brazil. This is one most iconic beaches in the whole world for a reason. The beach runsg right along the seafront of the bustling metropolis of Rio De Janeiro. The 2016 Brazil Olympics brought the beach to the fore, as it served as the backdrop for many Olympic water sports competitions.

Thanks to the massive number of people who live in Rio, Copacabana beach is perhaps the top destination for beach parties in South America, drawing tens of thousands of people every year. Not only will you get to enjoy loud music, but there are plenty of women here wearing bikinis in the land that made them famous. Music is varied, but much of it is strongly Latin American, including samba beats.

The best time of year to go is the Christmas for the annual party in the height of summer. Often a million people turn up to enjoy the festive celebrations, with barbecues on the beach, dancing and fireworks. 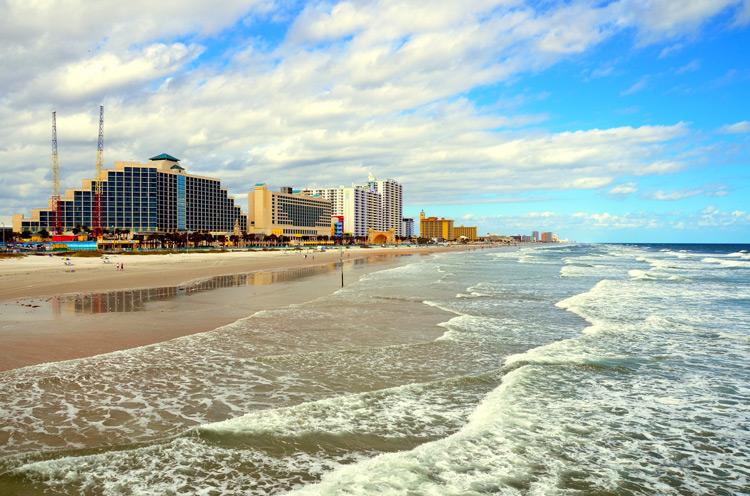 Daytona is the original party beach for most Americans and while the party has faded a bit from it's Spring Break heyday, it's still one of the best beaches for a bachelor party. Not only is the sand and surf great here but there's plenty of other man-friendly activities around. This includes one of the few beaches in the world where you can (legally) drive on the beach, watch a NASCAR race, do a bar crawl through the dozens of biker bars and more.

Tel Aviv, one of the wealthiest cities in the middle east, is situated along Israel’s Mediterranean coast. Israel might not be the first place that comes to mind when you think about epic beach parties, but the location has been reviewed extensively by some of the most respected news outlets in the world with most of them saying positive things about it. The Huffington Post called it one of the best party locations in the whole world, while Business Insider rated it among its top ten destinations.

Perhaps the biggest appeal of Gordon Beach is its sheer scale. Parties erupt here every year involving tens of thousands of people. And after punters are done with the beach, they can head inland to enjoy all of the city’s many clubs and bars which are open until late.

It’s worth pointing out that Tel Aviv has over ten secluded beaches, all with different characters. So once you're done partying, you can head off to one of the quieter coves for a relaxing read, swim, or drink.

Ayia Napa on the island of Cyprus is home to some of the most stunning beaches in the world. But perhaps the most beautiful, and the best for wild parties, is Nissi Beach. Parties here are on a smaller scale than in Tel Aviv, but that adds to their charm. Local clubs roll out the bubble machines while the music plays, adding an extra level of fun and pomp to the occasion.

The sea is also surprisingly clean, having recently been awarded blue flag status and was featured on BBC Radio 1. What’s nice about the parties here is that many of the people are from the island itself, rather than overseas, meaning that you get to meet the locals, rather than people from your own neck of the woods. 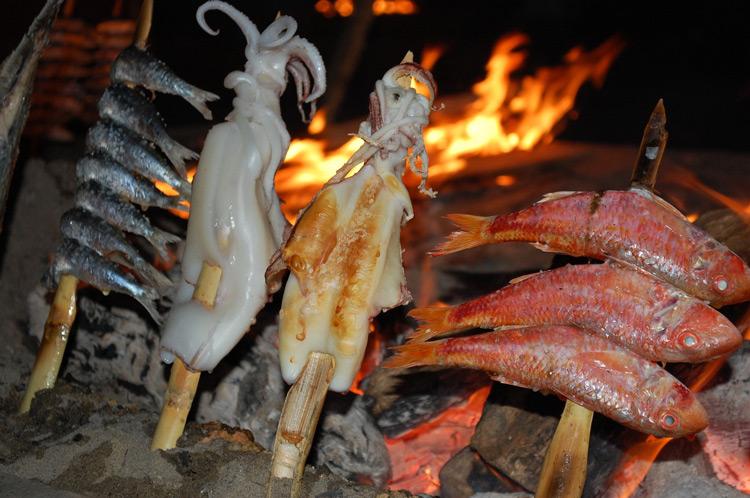 Marbella, the famous Spanish town on the Costa Blanca is one of the best places in Spain, outside of Ibiza, to go for parties. This year, the resort played host to artists such as Craig David, Kisstory, and Tinie Tempah. Ideal for stag parties, thanks to the plethora of clubs, bars and hotels, Marbella Beach provides the ideal backdrop for drinking cocktails until the early hours.

Outside of party time, there are plenty of things to do too. You could hire a boat, go to a cocktail class, or enjoy food in one of the town’s many eateries.

Goa, on the west coast of India, has been at the forefront of the Asian beach party scene for decades but is not well known in the west. First popularised by hippies in the 1960s, Goa is popular with tourists from all over Asia, especially Russia. Known for its live music, Anjuna offers some of the best and most unusual local entertainment you’re likely to find anywhere. With a carnival atmosphere, this is somewhere you can dance your socks off until the early morning.

Once the partying is done for the day, the area around Anjuna offers many more activities, including guided tours of the region, bars and clubs. Prices here are exceptionally low, so it’s also an excellent destination for budget-conscious travellers. 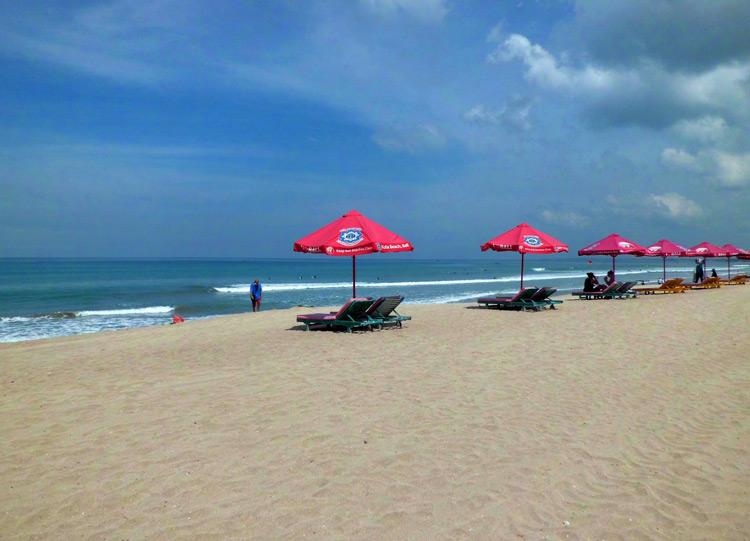 Bali has had a long history as a tourist destination, and over the years, it’s refined its offering. Today, the island offers some of the best street parties in the whole of Indonesia and is especially popular with backpackers exploring the island.

Party is perhaps the wrong word to describe what happens on Kuta Beach. Rave is probably more accurate. The live music is often fast-paced, electronic and extremely loud. Oh, and the drink is cheap too..

Nowhere in the world is more closely associated with parties than Ibiza. The island has a reputation stretching back hundreds of years as a recreational destination.

Today’s Ibiza party scene is bigger and bolder than ever before. The place crawls with sexy party goers, all looking to have a good time. The beaches near to Ibiza Town become crowded in the summertime as famous DJs, like David Guetta, light the place up.

Two clubs stand out on the beachfront - Cala Jondal Beach, and Blue Marlin. Here’s where you’ll find the most exclusive clientele and the best music. The experience here is very VIP, with staff on hand to help facilitate your evening. 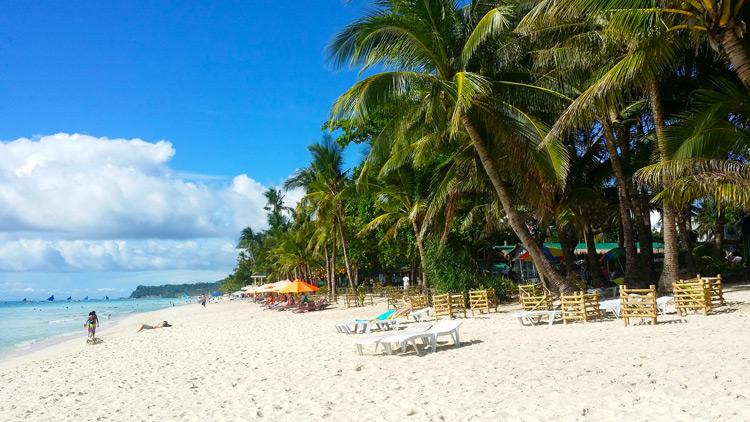 White Beach in Boracay attracts party-goers, but not just because of the parties. Many people go there because of the gorgeous setting, one of the best-kept secrets in the whole of the Pacific region. Not only are the beaches picture-perfect, but they’re flanked by the mountains in the distance which rise, one layer on top of another, towards the horizon.

None of this should imply that White Beach is bad for parties. Lots is going on here, from outdoor festivals to bars that serve guests right on the beachfront. To get the most out of White Beach, you’ll need to time your visit carefully. But during party season, there is plenty to enjoy and admire, from fire dancers to fireworks.

The beach is also home to one of the Philippine’s oldest juice bars which serves drinks made from fruits grown locally on the island. If you like your drinks tropical, then you can’t go wrong here. Rival Juice Bar - yes, that’s its name - also serves up cool ones helping to keep you refreshed between stints of dancing and relaxing on the beach.

So there you have it - some wild party destinations to satisfy your inner beast. Where will you choose to go next? 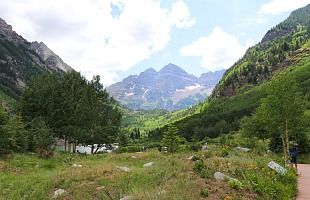 How To Have a Perfect Colorado Summer Guys Weekend Adventure

How To Have a Perfect Colorado Summer Guys Weekend Adventure 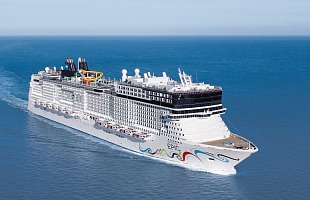 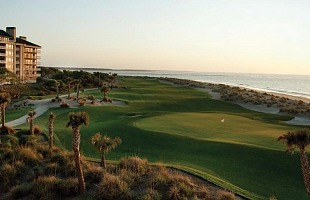 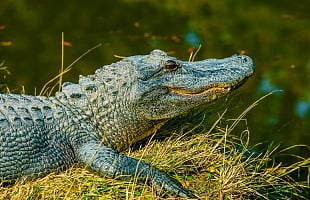