Mistakes to Correct On Your Second Marriage Proposal And Wedding Celebration 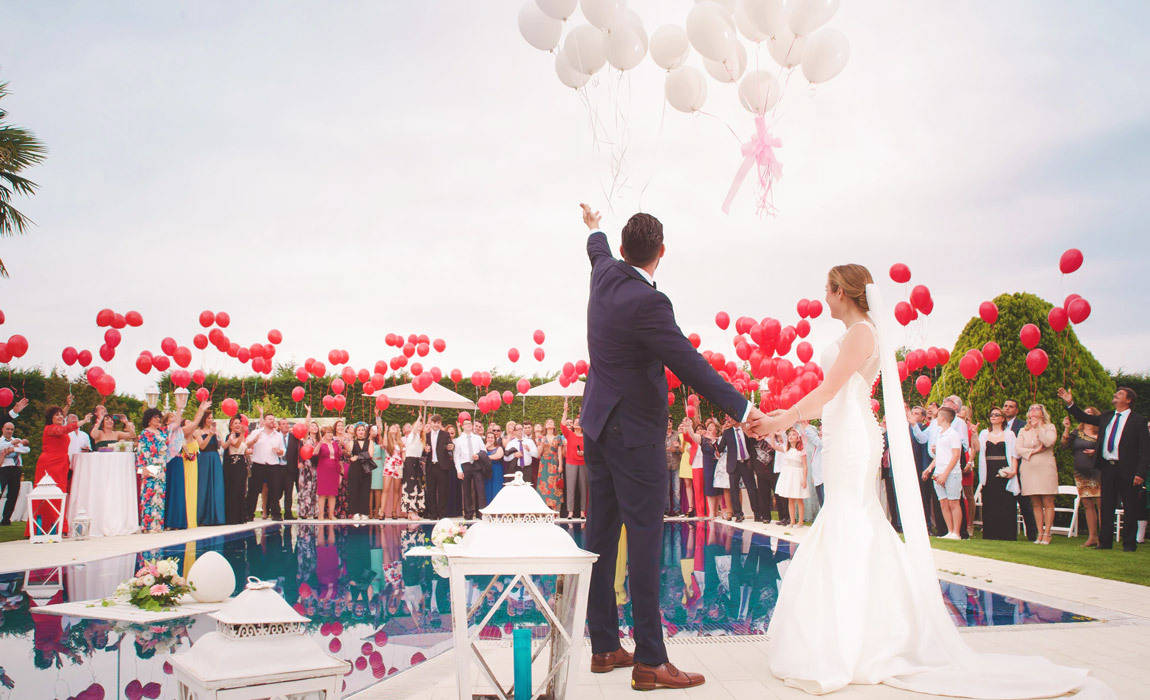 The first marriage proposal is a momentous occasion and it's easy to get caught up in the excitement. A lot of guys make a bunch of rookie mistakes while others just simply let their fiancé plan everything and think that simply sitting back and letting her plan everything is an acceptable strategy. Thankfully, most of us will never actually be able to correct these rookie mistakes but for those of you who get a chance to do things over again, here's some tips to help guide you to make things better the second (or third ... or fourth ...) time around!

In most modern Western cultures, a wedding is seen as someone that is pretty exclusively about the bride and the groom is just an accessory. There are cultural reasons for this with women planning their "dream weddings" from the time they were small girls. Once the proposal is accepted and the rings are selected, a groom's role is pretty much just to show up, shut up, and work to help the bride manifest her dreams.

Marriage however is about creating a mutual partnership between two people. While your first marriage - and likely hers as well was a classic church wedding with the same flowers, cakes, menu, music etc. as everyone else ... if you have ideas, speak up!

Just as men are expected to take on more responsibility around the house with cleaning and child rearing, we can take an active role in the marriage planning too!

It's easy to get swept up in the excitement of planning a wedding and think that it would be insensitive or rude not to let your fiancé plan everything on her own. But, if you want things done right ... give some direction!

If she is super busy with work or other projects - help her find someone who can make all of those final decisions for her. If there are aspects about yourself which should influence how the event goes down (your religion, cultural background etc.) speak up but don't be too pushy! She may have planned things this way because she has already considered these factors before settling on what feels like "the best fit" without any input from you at all.

Don't just ask questions, offer ideas when appropriate and be open to her thoughts and feelings as well! While men should be more engaged in the process (har har!) for those things where she has a clear view, help to empower your bride to be with whatever support she needs to avoid being overwhelmed and not being able to fully enjoy the experience.

Be The Receptive One Who Asks Her Questions Too

This is a great time for both of you to truly get to know one another. She may have some ideas for things that she wants at the wedding ... it's your opportunity too though to find out what they are, how much money she has budgeted etc. It's good information for you - even if it doesn't feel like it or make sense right now! You can come up with compromises where possible but don't push back on everything. Be agreeable early in this process rather than stubbornly holding onto something which makes no sense just because "it's not going to change!" Trust me when say that there will be plenty

Don't Assume That All Diamond Engagement Rings Are The Same

The first time around, you likely just went to a jewelry store and picked out something which seemed nice. If she never actually told you what kind of diamond engagement ring she wanted and you probably didn't know any better.

But now that there is going to be a second wedding ... make sure that you both have the same expectations regarding her future wedding band as well as any "add-ons" like eternity rings etc.

While most men may initially think diamonds are diamonds when it comes to their engagement ring ... that is far from accurate. Not only are there a bewildering number of wedding band styles, diamond cuts, grades, and colors but the source of your diamonds are now just as important for many couples.

In fact, for those couples who agree on getting an ethical stone from sources which don't exploit workers or use child labor should feel good about buying certified diamonds.

Another option that is increasingly popular is to avoid natural diamonds entirely. When I proposed nearly 20 years ago this wasn't really an option aside from poor quality products like Cubic Zirconia. Today though lab-grown diamond engagement ring options are just as good as natural diamonds. In fact, a lab grown diamond is virtually indistinguishable (to an untrained eye) from one found in nature ... except that it is often a higher quality grade and less expensive. Instead of being mined under often dubious labor practices, they are created by using the same pressures that would naturally occur deep in the Earth. Except, instead of taking millions of years, the process generally takes less than a month.

These lab-grown diamonds are far cheaper - 10-30% less - than natural diamonds and while your first set of rings was about providing "2 months salary", on your second time around it is more important to exchange tokens of affection than a proxy for dowry as an engagement ring represents to most first timers.

Don't Assume That You Know What She Wants

I know it's nice to think of your wife-to-be as having everything together but there may be some areas where she doesn't even have a clue yet herself. Maybe her dress isn't sorted out or maybe something about the reception has escaped her (or maybe you didn't really talk through those details either). Be open with each other in this process - don't assume anything because if one thing changes well then every single detail could

Avoid Cliché Wedding Proposals (unless that fits both of your personalities)

If you are going to propose on your second time around then it is best not to try and rehash the same tried and true tropes that didn't work out with your first wife or girlfriend. Maybe she doesn't like public proposals, maybe she hates surprises in general (and yes they can be cheesy), just because something worked for someone else - does not mean it is going to work now.

Similarly, while it might look cool in the movies, hiding the ring in a donut or even at the bottom of a glass of champagne is gross and messy!

Plus, the more complicated you make things, the more challenging things become and the proposal ... as well as every other step along the way to your completing the union ceremony should be about you as a couple and not trying to emulate what you think it should be like based on what you see on Tik Tok, YouTube, and the movies.

I know this may sound obvious but I have met a surprising number of men who feel as though they have to hold another wedding or have some kind of celebration at all because "my ex-wife had one and so should we!" That's not necessarily true - you can just sign the papers, go away somewhere private, exchange rings again (or for the first time), take pictures with your best friends and family members around ... then come back home married. Your second proposal doesn't need to be anything fancy or formal if that isn't what both of you want! In fact doing something low key might actually make sense given

This may seem obvious but you'd be surprised at how many men will let their future mother-in-law push them into having a more traditional ceremony than either of them want. If this wedding isn't her daughter's dream day... well then tough luck!

It isn't just mother-in-laws though, as you probably experienced the first time, there are many well meaning female - and male - family members who will officer advice on everything from cakes to caterers and dresses to flower bouquets.

You don't owe them anything. Stand up and help harness their passionate energy into doing tasks that you as the couple need them do.

A second marriage is not the time to feel you need to dress up in top hat and tails if that isn't your style. While dressing up can be fun, expensive bridesmaid dresses that will only be worn once, suck.

Similarly if you guys want to just have a fun beach wedding in shorts and flipflops then you do you!

Save the money and spend it on something fun like a suite for your honeymoon or a down payment on a new house.

Create An Actual Budget For The Proposal, Wedding, and Honeymoon

Yes, it is easy to get swept away in the moment and start planning for things you really can't afford. A first marriage will always be more expensive than expected.

This is partially due to mistakes made as well as just simply tons of unexpected mistakes.

Luckily, most couples have parents to cover many of these costs but the second time around ... well ... it's on the couple.

With knowledge and experience from your first wedding process it should be easy to create a budget an execute an awesome experience without going broke.

Have A Plan In Mind If She Says No

Sadly not all proposals go as planned. For the young men who experience this, the rejection can be devastating. The second time around though, you should be prepared that for any number of reasons she might not be ready to say yes.

Just as with the first time, you should generally already know if she will say yes before asking. However, if something goes wrong, be prepared for that possibility.

If she says, "no" then be ready to determine if that means it is time to move on or maybe she wants to be a couple but marriage isn't what she is looking for.

Don't Expect Everything To Be Perfect ... But Hopefully You Can Correct Some Mistakes From Your First Marriage Proposal and Wedding Celebration

The second time around a man is proposing, the stakes are lower and he can be more creative about how to approach his future bride. He doesn't need to feel as obligated to have a formal, expensive event if it isn't what they both want. His family may still offer unwanted advice but with knowledge from his first wedding process of mistakes made and unexpected accidents, this second time should be much less stressful. A budget needs to be set in order for him not go bankrupt during their planning process which will allow them both an awesome experience without going broke! If she says no then don't give up just yet; there might just be something else that she wants instead or it could mean that she's ready for marriage but felt pressured into saying no because she was nervous about the proposal or wedding.