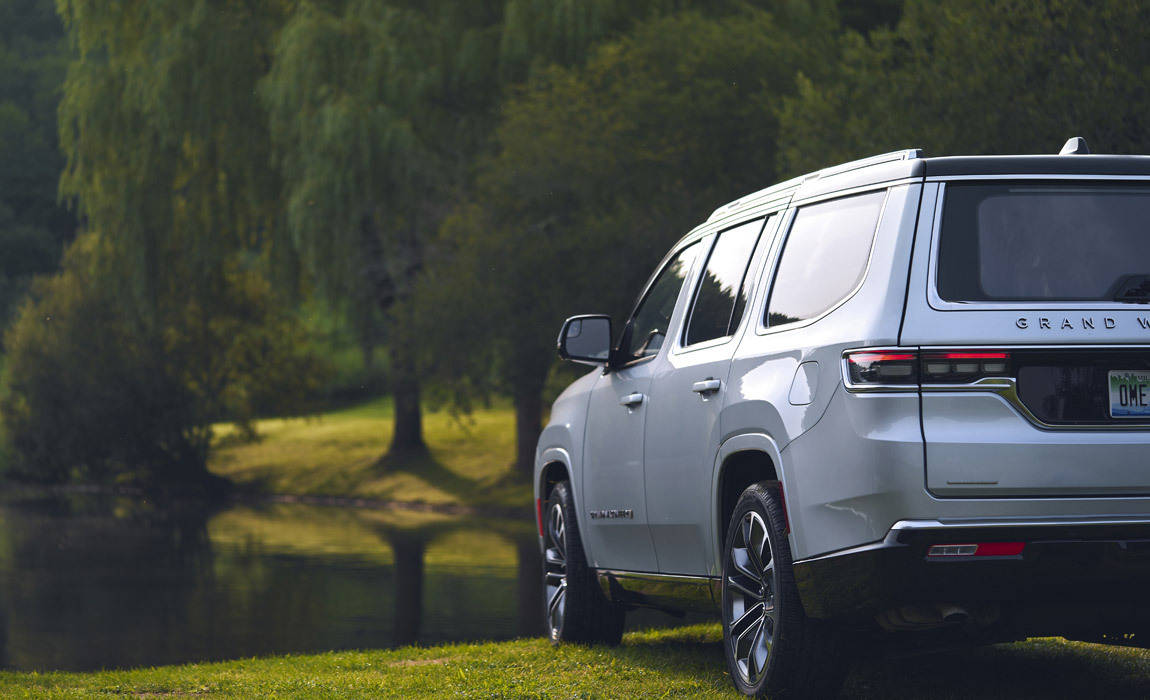 The Jeep Grand Wagoneer is more than just a luxury SUV. It takes all the best elements inherent to the Jeep brand and wraps them up into an unbelievably posh but high-performance vehicle. Some people might be familiar with past iterations of the Jeep Grand Wagoneer. They likely have fond memories of the wood trim and hybrid station wagon-SUV look. While the 2022 Jeep Grand Wagoneer has a much different overall appearance than it’s elders, it embodies the same combination of ruggedness and civility.

You can definitely see the influences of the classic Grand Wagoneer in the overall design of the contemporary version. At the same time, the lines are totally modern and clean in a way that’s standard for new Jeep lines.

Due to being the more high-end version of the Wagoneer model line, the Grand Wagoneer has some pretty stiff competition across the luxury SUV world. Having to go head-to-head with the heavy hitters of the auto world isn’t easy; but Jeep is the perfect brand to rise to the challenge.

Let’s look at the Jeep Grand Wagoneer versus the Cadillac Escalade, and how these two premium SUVs stack up where it matters most.

How Does the Jeep Wagoneer Stack Up Against the Cadillac Escalade?

The Cadillac Escalade has been one of the most iconic full-sized luxury SUVs on the market for over two decades. It’s as much a status symbol as it is a way for families to get from one place to another. For the Jeep Grand Wagoneer, it might seem like a daunting test to go up against such a well-known and enjoyed vehicle. To the contrary, though, the Grand Wagoneer is just reigniting its flame, while the Escalade has arguably gotten too comfortable on its throne.

The first place to look when evaluating a luxury SUV is its interior and exterior design. Regardless of how you plan to utilize it, there are going to be less expensive options out there; so the luxury price tag needs to be justified by the vehicle itself.

The Cadillac Escalade was one of the most popular vehicles in the early 2000s. The early 2000s were also a time of gaudy sweatsuits and displays of excess. Today, this is less sought after, and you can see this in the Escalade’s more subtle design for the 2022 model line. It almost looks more like a Ford Explorer than the Escalade of years past.

Certainly the 2022 Jeep Grand Wagoneer looks much different than its past models from before the Escalade was even a prototype. While it takes influences from its ancestors, as well as modern luxury vehicles, it has a style that’s distinctly its own, but firmly planted within the Jeep iconography.

Many will also appreciate the tri-pane panoramic sunroof on the Jeep Grand Wagoneer. This unique design feature allows you to be immersed in the outside world no matte where you’re sitting in the vehicle—making adventures all the more exciting. The inside features are just as posh, with thoughtful technology and trim details. Furthermore, the Grand Wagoneer has the most passenger volume and second- and third-row legroom in its class. Clearly, it beats out the Escalade in these fields.

Sometimes it helps to have a bit of a chip on your shoulder. That could be a contributing factor to the gangbusting return of the Jeep Grand Wagoneer. This is a unique vehicle that stacks up well against just about anything you can reasonably compare against it.