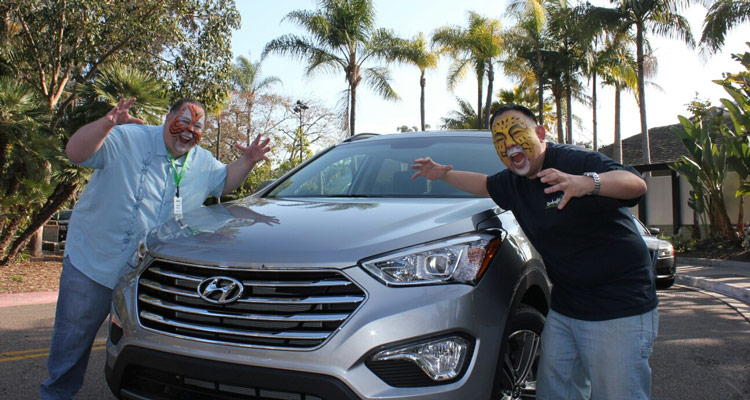 This is a question I get on a pretty regular basis after I tell people what I do now. However, it seems that I have never really shared the story publicly about what motivated me to start not just this site but blogging in general. When I look back at my history along with stories from other great including Danica Patrick, Steve Nashe, Emmitt Smith and Emmanuel Sanders, I realize that just like with my start it was about passion for doing something and that lead to a drive to ignore people saying you couldn't do it. That's at the core of my story and the realization that even small things can be mighty!

During tonight's championship game, Tide brought together a collection of amazing sports stars to help promote that like these greats, Tide PODS® are #SmallButPowerful. While I am clearly on the "small" side of the spectrum compared to these celebrities, I can identify with their stories and was thrilled to be asked to share my story as well. In fact, I use Tide Pods at home (even before this campaign) and love the fact that while small they are incredibly effective and easier to use instead of lugging a jug of liquid detergent. Simply throw the Tide PODS® into the wash and away we go!

Throughout high school, I was the "AV Nerd". I had a passion for technology and communications but the scale was small back then and limited to local cable or video taping school meetings. When I first started to see the power of the Internet in the mid-90's though I began to realize that this was something that allowed me to explore, learn, meet new people, and share my ideas on a much larger basis than ever possible before.

Over the next several years I joined up with a group of amazing guys and helped run online communities for a First Person Shooter, "Unreal" - both on IRC Chat #Unreal and at Unreal.org. This was my first taste that while I was an individual that together we could make an impact on the design and marketing of the game. It was also a great group of guys including Sumbry][, Morn, PSX, Sangreal, and of course - who could forget Jeet.

Following that, I started and abandoned several blogs ranging from business travel to convention trade as well as gameroom design. Additionally, I wrote for a variety of publications including Washington Post, Internet World, and GameSpy.com where I increasingly realized just how much of an impact my ideas could have on the world at large. 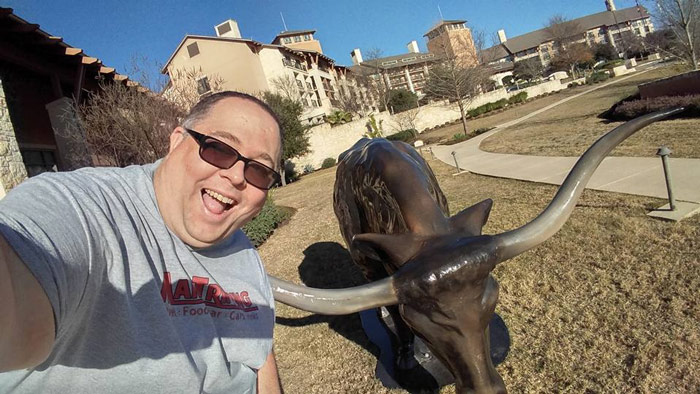 However, it wasn't until I started ManTripping, where I really found my voice, passion and developed my authority as an expert in Men's Travel and Lifestyle. I was helping a few other sites about women's travel start up, and I was working with a bunch of mom bloggers as a brand rep and saw the opportunity to create something new. My objective was to create a unique voice to a market that I felt was being underserved.

Over the years, I've continued to push this objective with both improving my own craft but also working with brands to better engage with male bloggers and ulimately launching the #MenWhoBlog community last year to help build, support, and encourage other male bloggers to refine their craft and become more professional bloggers.

Throughout this experience, I've run into challenges of "why do you need a male blogger community" or people just simply not getting why "mancations" were worth talking about or inviting bloggers out on trips to experience. Others just assumed that a "men's site" was all about drinking, partying, and doing bad stuff. Those are all things that I've struggled with - being just one guy against an entire industry dedicated to catering to female voices and experiences.

Today though, while I don't like the word "powerful" - I look around and realize that I've gone from begging for trips to being invited to experience some absolutely amazing things.

I'm not alone though, it seems like every successful person has had those moments where they are small. Over time, the successful ones are able to pack that inner power into a great package that is able to change industries. I'm not there yet but I'm working on it!

It's hard to hear the critics when I'm going 200 mph. Daniel Bryan, they say no but we say YES! #SmallButPowerful Tide #ad

That's why I like Danica Patrick's video - she was told she was too small and that she wasn't a real driver - but she overcame those obstacles to become one of the top race car drivers in the world.

At the end of the day, that's a good message for all of us to remember - just because someone is small they can still be powerful and able to change the way things are done!